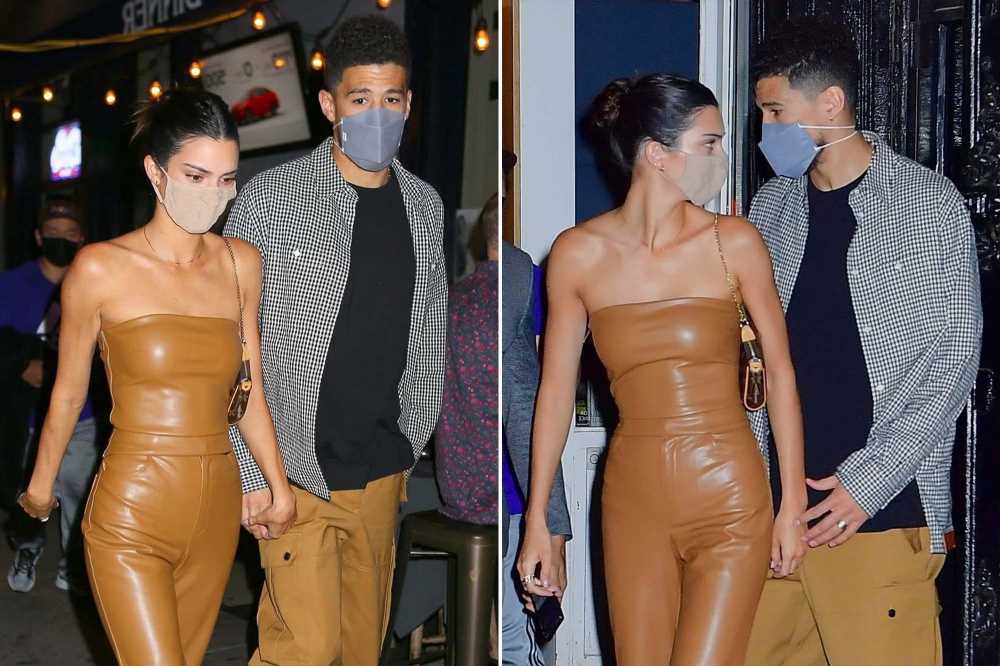 Kendall Jenner and Devin Booker have put their relationship on full display.

The 25-year-old supermodel and the 24-year-old NBA player were photographed holding hands while out and about in New York on Saturday night. The stars — who went Instagram-official on Valentine’s Day of this year — were snapped following their dinner at hotspot Carbone.

Jenner’s date night look was a sleek, tan leather look with flat open-toe sandals. The model kept her hair slicked back in a cute bun. Booker, meanwhile, opted for a button-down over a black T-shirt and tan pants. 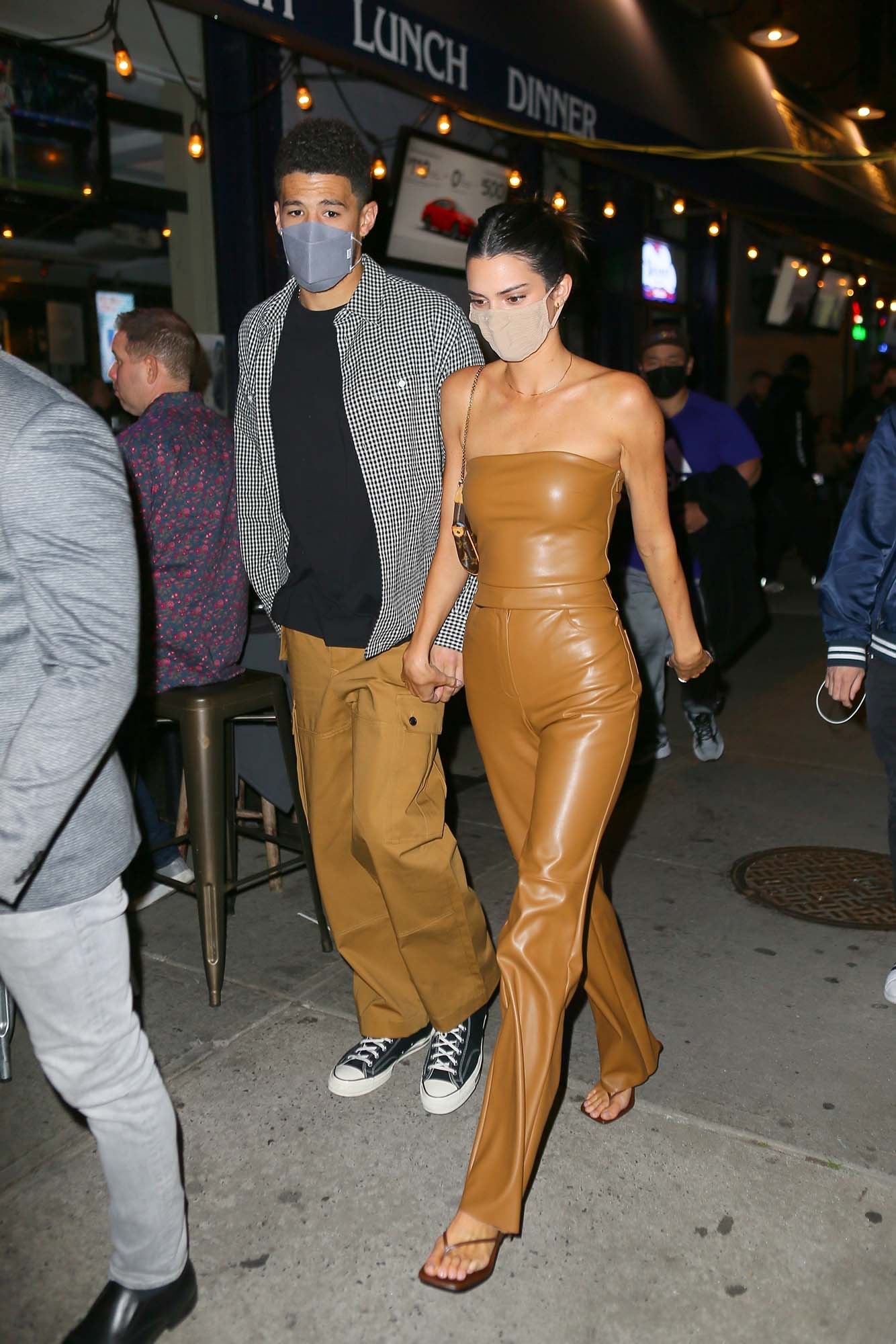 Rumors that the pair were dating swirled for several months before they locked each other down on social media. In August 2020, the couple were seen leaving Giorgio Baldi restaurant in Santa Monica. That same month they were spotted on a breakfast date with Booker’s dog, Haven, in tow. 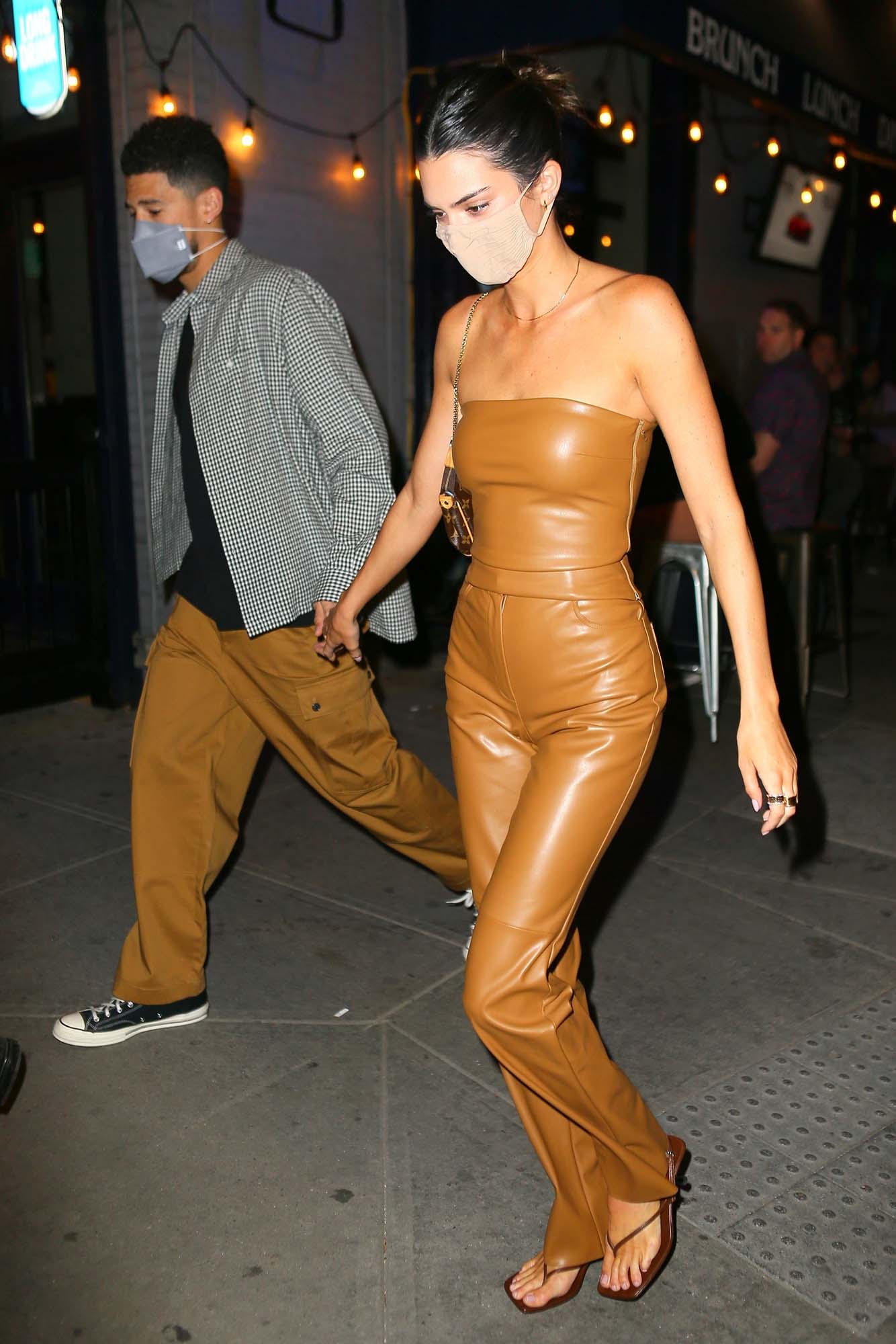 Finally, on Valentine’s Day, the couple made their relationship Instagram-official by sharing a few private photos.

Jenner shared a snap on her Story of the Phoenix Suns player snuggling her as as she smiled happily. Booker chose a black-and-white photo of the couple cuddling with his dog, Haven.