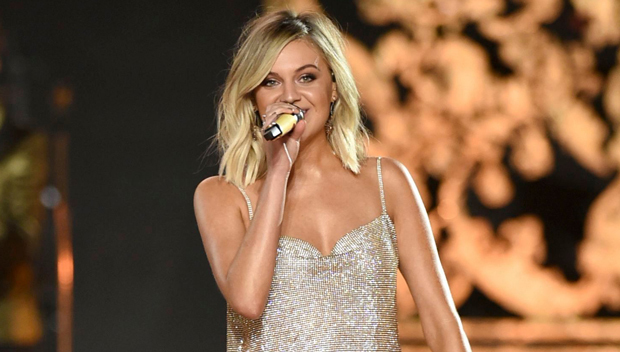 The new school year has JUST started but have we’ve already found our ‘homecoming queen?’ Country music’s Kelsea Ballerini just released her brand new song — and video — and they’re her most vulnerable yet.

The votes are in: Kelsea Ballerini won by a landslide! At least, she would, judging by the reaction to her new song, “homecoming queen?” Kelsea, 25, released the track and video on Sept. 6, giving fans a 1-2 punch to the heart. The song (co-written by Nicolle Galyon and Jimmy Robbins) has been described as her “most emotional single,” and it’s easy to see why! The track is about examining insecurities that are hidden beneath even the people who seem to have the most ‘perfect’ life…like the popular homecoming queen.

In the music video, Kelsea begins by leaving the stage of a crowded venue, all smiles as she enters her dressing room with the crowd cheering loudly in the background. However, once she’s behind closed doors, she realizes she’s all alone. The simplistic video features her sitting in a chair and singing along to the track, and as the song goes on, she’s stripped from her fancy stage gear and makeup and wearing sweats as tears fall from her bare face. In the background, a young girl can be seen examining herself in the mirror, clearly unsatisfied with what she sees.

“homecoming queen?” is, according to Kelsea, “a metaphor for somebody that seemingly has it all together and polished from the outside looking in.” She shared more about her song and her upcoming music during a Twitter Q&A session after she revealed her song’s release date. She also confirmed that: she was never homecoming queen; her favorite line of the song is “dancing with your best foot forward”; her new album will be out in 2020; and that there will be some collaborations on the record (that fans have dubbed KB3, as Kelsea has not released the album’s name yet).

Kelsea’s last single, “Miss Me More,” was her fifth No. 1 hit, and it was the final song from her sophomore release, 2017’s Unapologetically. Kelsea said that her third album would contain some sad, heartbreaking songs, even though she’s currently happily married to country music singer Morgan Evans. “I think now that I’m married, it gives me such a perspective on the other relationships that failed me,” she told The Tennessean. “I’m writing the most heartbreaking songs I’ve ever written because I understand what went wrong before now.”

“I think the older I get … the more confident I feel about writing that kind of stuff. I write my songs, and I play guitar, and I write about what I’m going through. I’m just really excited to clean the slate again.”