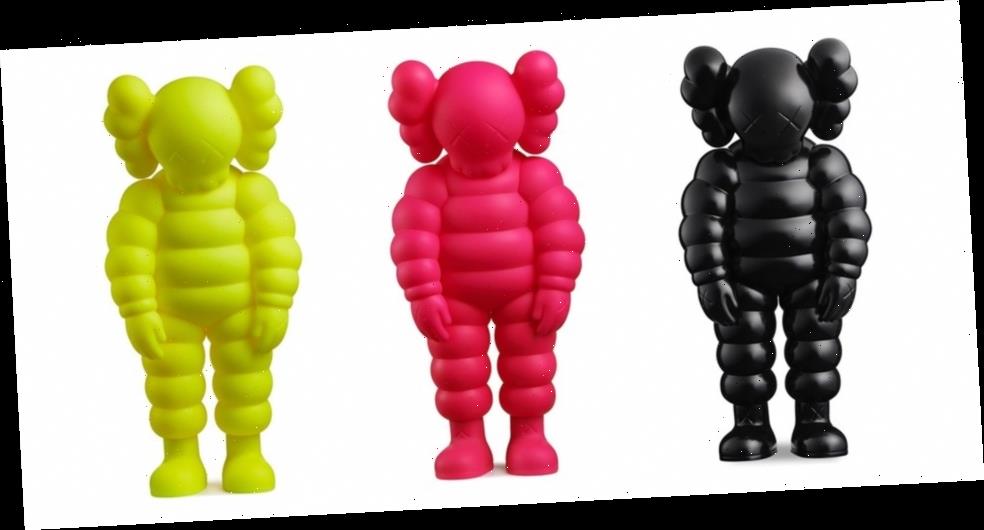 Trailing behind his astronaut COMPANION figures with AllRightsReserved, KAWS now unveils an assemblage of new limited edition sculptures called WHAT PARTY. The Brooklyn-based artist brings back his beloved Michelin Man-inspired character called CHUM for the series that arrives in black, white, pink, orange and yellow variants. One of the last times we saw CHUM in an offering is back in 2009 when they appeared as glossy key holders.

Although exact measurements have yet to be specified, WHAT PARTY may drop in a size of roughly eleven to thirteen inches tall according to previous COMPANION and special edition releases. We’re also unsure of whether or not the figures will release in a limited or open edition. Nonetheless, the collectible takes its name from KAWS’ anticipated major survey to launch at the Brooklyn Museum in February 2021. The show will feature over 100 objects on display including drawings, paintings, bronze sculptures, furniture and large-scale wooden sculptures of COMPANION.

Check out all of the variants above and expect the WHAT PARTY figures to release on KAWSONE.com at noon EDT.