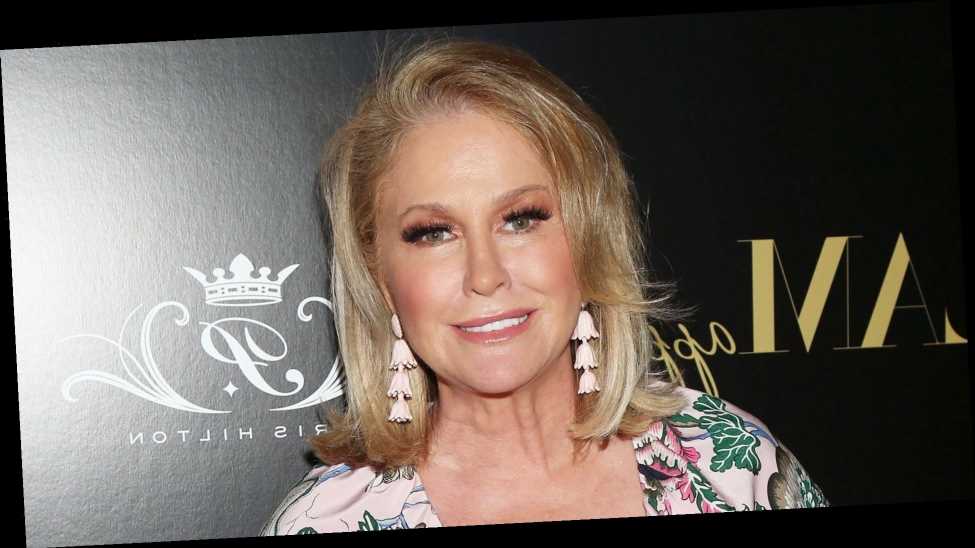 Kathy Hilton reacted to the reports she’ll be featured on season 11 of The Real Housewives of Beverly Hills — and she certainly didn’t deny the rumors like she has in the past.

This is hardly the first time reports have surfaced that Hilton, Kyle and Kim Richards’ sister, is joining the Bravo show. The mother of Paris and Nicky Hilton previously denied rumors that she was replacing Lisa Vanderpump in 2019.

“Nobody can take Lisa’s spot,” she told Us at the time.

Kyle, who is the last remaining OG in the 90210, meanwhile, told Andy Cohen that she would be OK with Kathy filming the series.

“I’ve had one sister on [Kim]. Why not have another sister on?” she said on Watch What Happens Live With Andy Cohen in June 2019. “People don’t know this, [but] she’s one of the funniest people there is. She’s a practical joker, and she’s very, very funny. So I think she’d be an amazing Housewife, actually.”

While Kyle had nice things to say about Kathy on WWHL, she’s had a rocky relationship with both of her sisters in the past. Most recently, the three sisters feuded over Kyle’s short-lived scripted TV show, American Woman, which was inspired by their mother and childhood.

“I am hopeful that after seeing it, [Kathy] will see that it’s a fictionalized version and everything will be fine again — I mean, that’s what I would like in an ideal world,” Kyle told the L.A. Times in 2018 before the show premiered.

Camille Grammer, meanwhile, previously revealed that Kathy was always supposed to be part of RHOBH.

“It was Kyle’s show from the very beginning,” Camille claimed in September 2019 via Twitter. “She had a development deal with Evolution [Media] for a show with Kim and Kathy. Kathy backed out and there was some controversy over development. So they decided to make it The Real Housewives of Beverly Hills.” (Kim left her full-time role on RHOBH after season 5.)

In addition to Teddi’s exit, Denise Richards also confirmed she wouldn’t be back for season 11. Bravo has yet to announce the status of Kyle, Dorit Kemsley, Lisa Rinna, Erika Jayne, Garcelle Beauvais and “friend” Sutton Stracke‘s contracts.