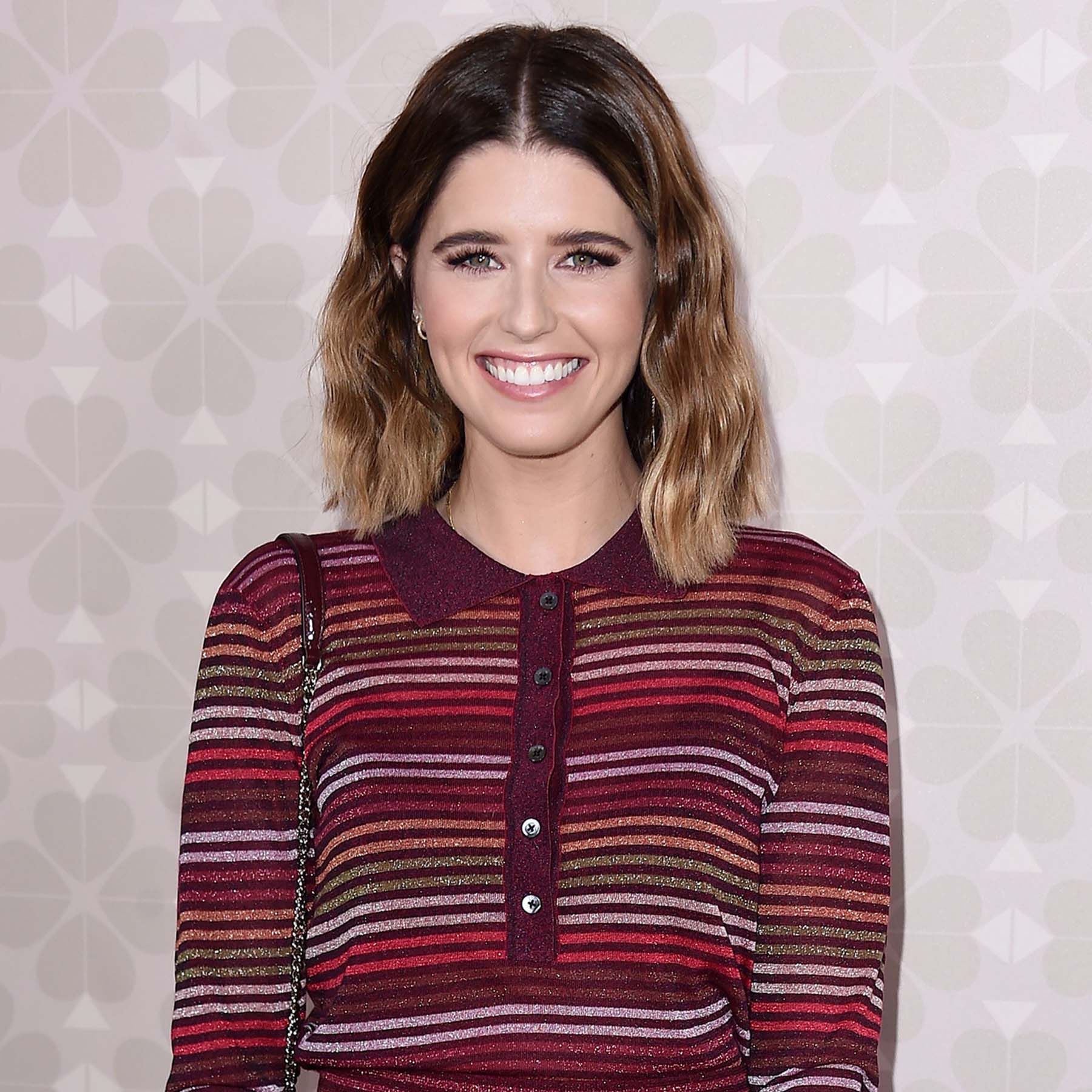 A perfect pair! Katherine Schwarzenegger shared a rare photo of her daughter Lyla as they shared a “dream” day together.

“Just me and my girl, cuddling and playing with dolls and ponies,” the Gift of Forgiveness author, 32, wrote via Instagram on Friday, May 20. “A dream come true.” In the snaps, Schwarzenegger holds her 21-month-old daughter close as they feed a pony from a burlap bag. In one picture, she gives Lyla a kiss as the little one stares at the horse. 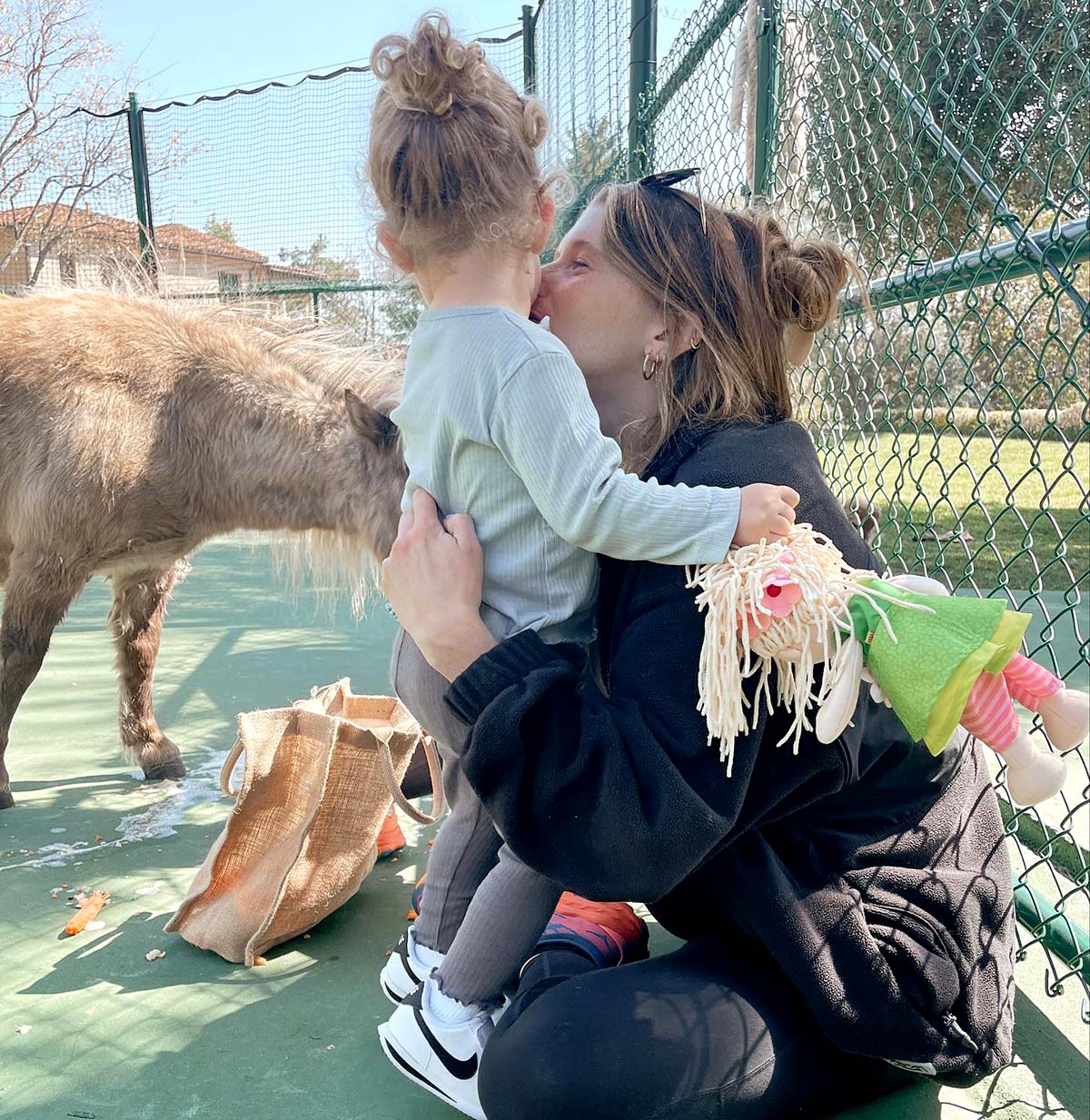 “[I] love when dreams come true,” Schwarzenegger’s mother, Maria Schriver, wrote in the comments of her post.

The Rock What You’ve Got author, who married Chris Pratt in June 2019, gave birth to Lyla in August 2020. (The Parks and Recreation alum, 42, is also dad to 9-year-old Jack, whom he shares with ex-wife Anna Faris.) “We are beyond thrilled to announce the birth of our daughter, Lyla Maria Schwarzenegger Pratt,” the couple captioned a joint Instagram statement at the time. “We couldn’t be happier. Both mom and baby are doing great. We are extremely blessed. Love Katherine and Chris.”

In November 2021, Schwarzenegger gave Us Weekly an update on their baby girl’s milestones. “She’s starting to talk more,” the California native said at the time. “She’s obviously getting more mobile with walking and growing up so much. It’s amazing to see. She’s doing all the different animal noises and things like that. When she sees [our dog], Maverick, she’ll make dog noises. It’s sweet to see, first as a pet parent and now as a parent to my daughter, grow up and hit all these fun, cute milestones.”

One month later, multiple sources confirmed to Us that she and Pratt were expecting their second child together. Lyla quickly seemed to embrace her role as a big sister, with Schwarzenegger revealing in March that the little one had begun “nesting.”

“The latest toddler treats I find around the house … all her babies and stuffies are wearing diapers and bandaids. Mama’s girl is nesting,” she wrote via Instagram at the time, alongside a photo of Lyla’s dolls. “Fun fact: the doll on the left was bought when I was born and is doing well 32 years later. #vintage.”

Over the years, the Maverick and Me writer has gushed about Pratt as a father — especially as a “girl dad” to daughter Lyla. “To see my husband step into the role of being a girl dad is so beautiful,” she told Entertainment Tonight in April 2021. “It’s … been really nice.”

Chris Pratt and Katherine Schwarzenegger: A Timeline of Their Relationship

She also praised her parents for being such an “incredible gift” to their toddler, who had a close bond with both Shriver, 66, and Arnold Schwarzenegger. “To see both my parents step into their roles as grandparents has … definitely a silver lining of this crazy past year that we’ve had of not being able to see people the way we once did.