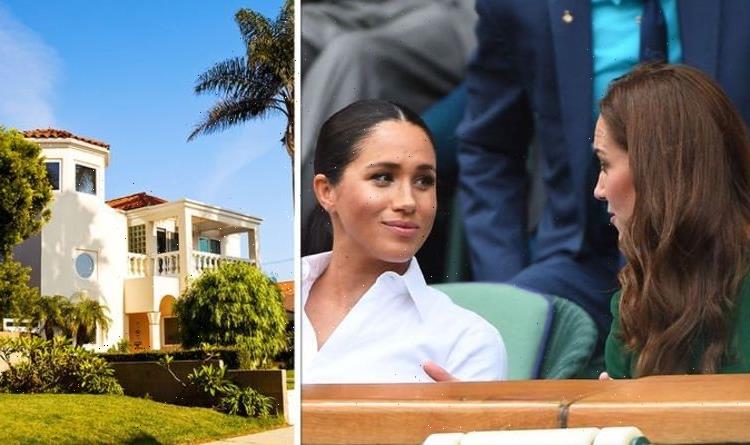 It has been two years since Prince William, Kate Middleton, Prince Harry and Meghan Markle were last seen together.

The Duke and Duchess of Cambridge are reportedly planning a visit to the US next year.

Reports claim the US trip early next year will be part of a royal tour and the Duke and Duchess of Cambridge will stop in California along the way.

When they visit California they will likely stay at Meghan’s £11million Montecito home with their three children, Prince George, Princess Charlotte, and Prince Louis.

“Meghan would like some show of commitment from William and Kate.

“Even if it’s a tentative date or time frame to put in the diary for some time next year,” an insider told Heatworld.

“They haven’t had a single royal visitor since moving to America, which they know is mainly because of COVID.

“But now that travel restrictions between the US and UK have been lifted, they want that to change.

“Harry and Meghan feel very strongly about this and think it’s important that the Cambridges stay with them if they come over – it would seem odd if they didn’t.

“They’re certain that there would be no better way for them to put aside their differences than by spending quality time together in the California sunshine.

“Away from the meddling and negativity they would have to encounter in England.

“The house is more than spacious enough.”

According to the insider, the Duke and the Duchess of Cambridge would have their own space and staff while in Los Angeles home.

“There would be ample opportunity to arrange for practicalities such as security and private transportation.

“And the Cambridges would have their own sleeping facilities and staff to take care of their daily needs.

“The children will be well catered for, they would be able to play around in the back garden, and enjoy walks on the beach together in paradise.

“For Harry and Meghan, it’s just a no-brainer and only fair, plus it would send the world a powerful message that they’re letting bygones be bygones.

“They want to build bridges with William and Kate, introduce the kids to their cousins and show them in person what their life is like in America.”

Prince Harry and Prince William saw each other at Prince Philip’s funeral and during the unveiling of Princess Diana this year.

However, the Duke and Duchess of Cambridge haven’t met Lili yet and it has been two years since they last saw Archie.