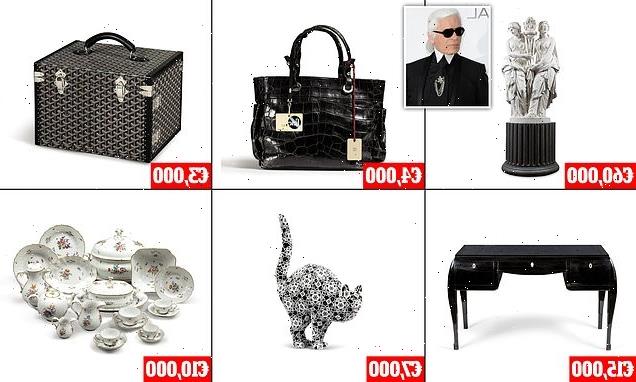 Contents of Karl Lagerfeld’s lavishly furnished eight houses in Monaco and France are set to go up for auction – including cat Choupette’s designer dishes and a very impressive €40,000 sculpture

Karl Lagerfield was best known for his eccentric style and for leaving money in his will for his beloved cat, Choupette.

Now the contents of the German fashion designer’s lavishly furnished eight houses in Monaco and France are set to go up for auction – from the art he lived with to the items in his wardrobe.

Among the lots will also be the ‘dishes of Choupette’ – the beloved red point Birman cat who shared the last eight years of the designer’s life’, and whom he said he would have married if it were legally possible.

The pampered puss, who he once admitted he doted on so much she was like a ‘kept woman,’ is believed to have had a bodyguard, personal chef, two maids who provided 24-hour care for her at his mansion in Paris, and caviar and smoked salmon dinners. 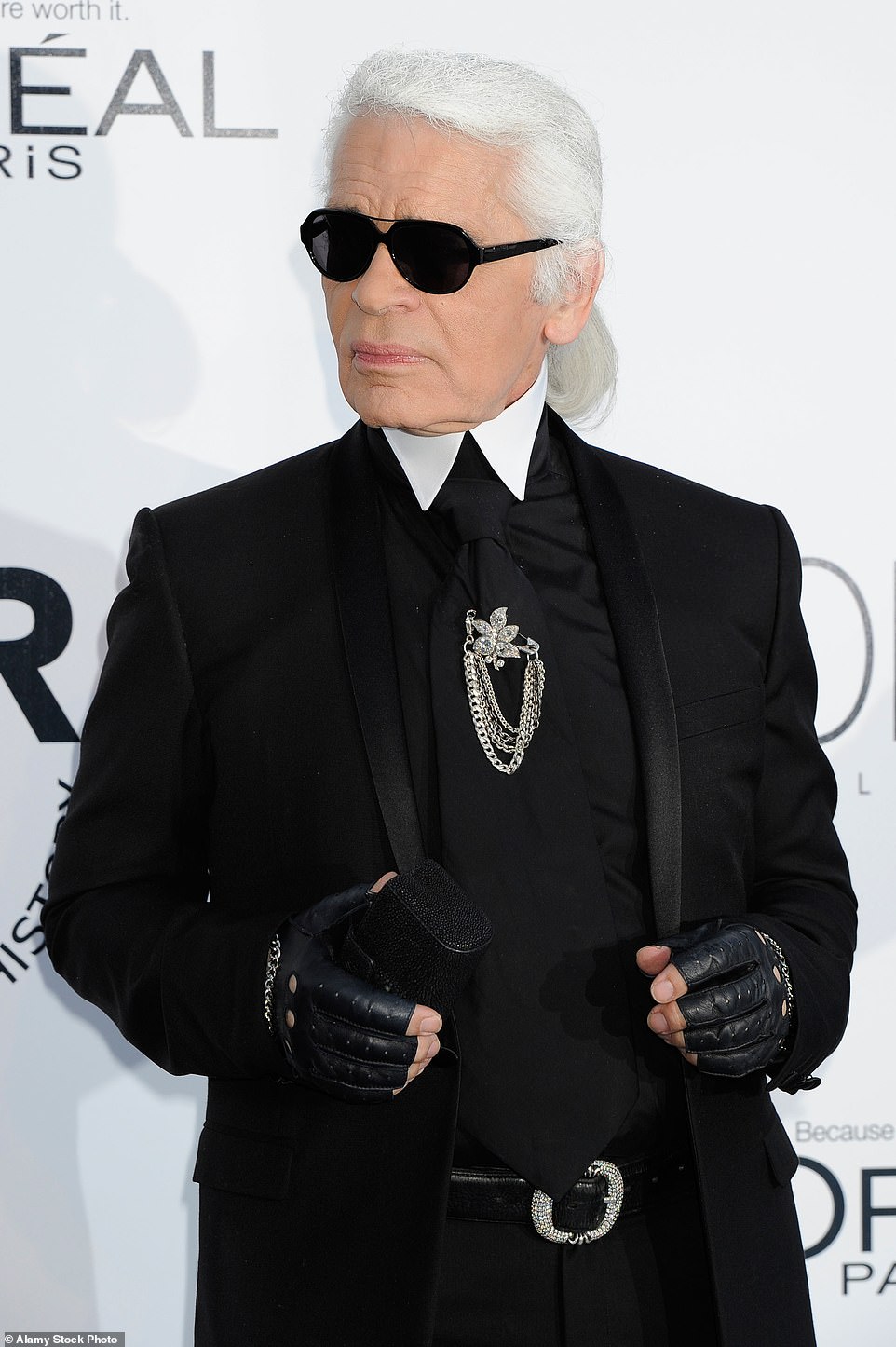 The contents of Karl Lagerfield’s lavishly furnished eight houses in Monaco and France are set to go up for auction – from the art he lived with to the items in his wardrobe. Pictured, during the 64th Cannes international film festival, southern France 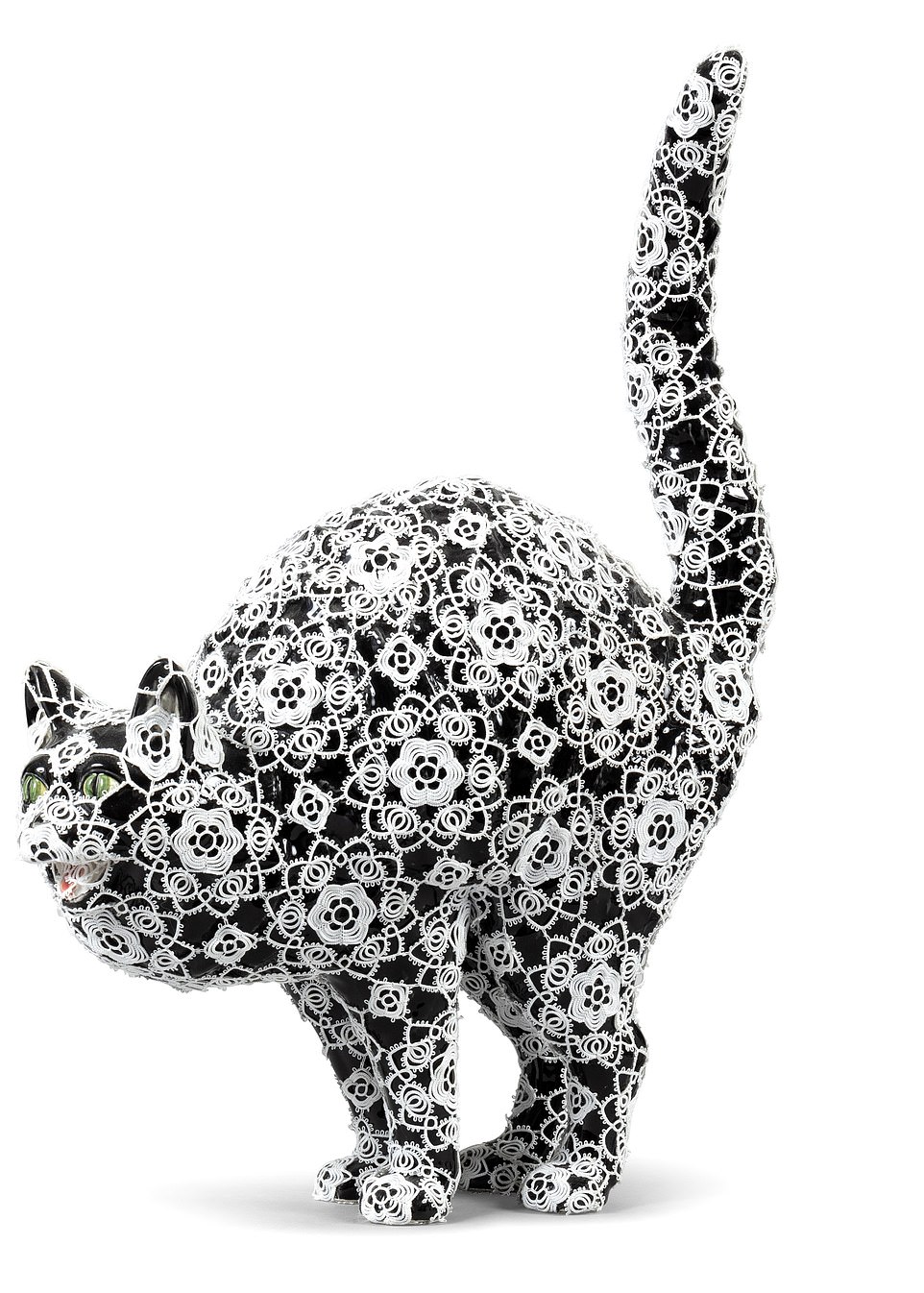 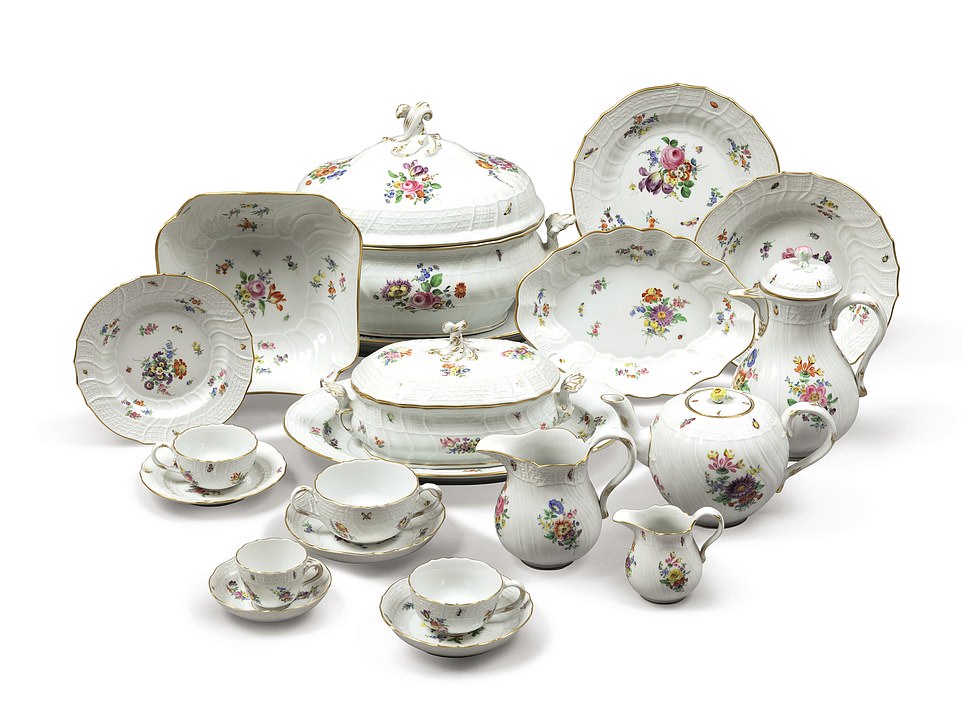 The porcelain with embossed caning patterns, with floral and insect polychrome decoration. Estimate : €6,000 – €10,000 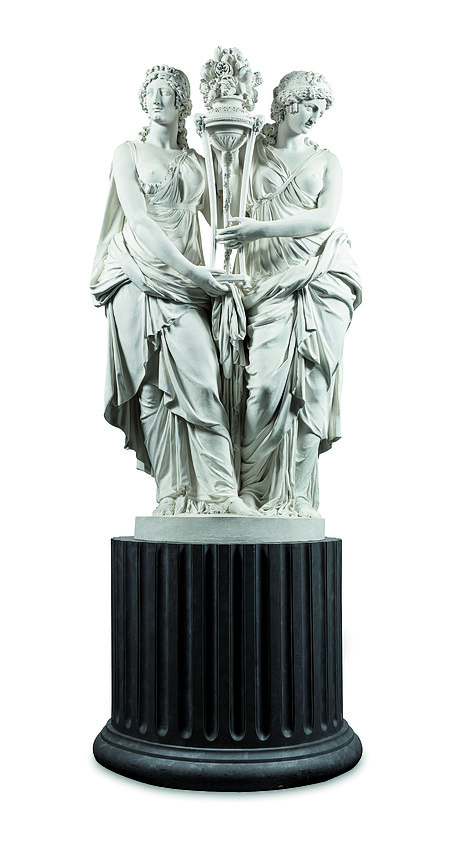 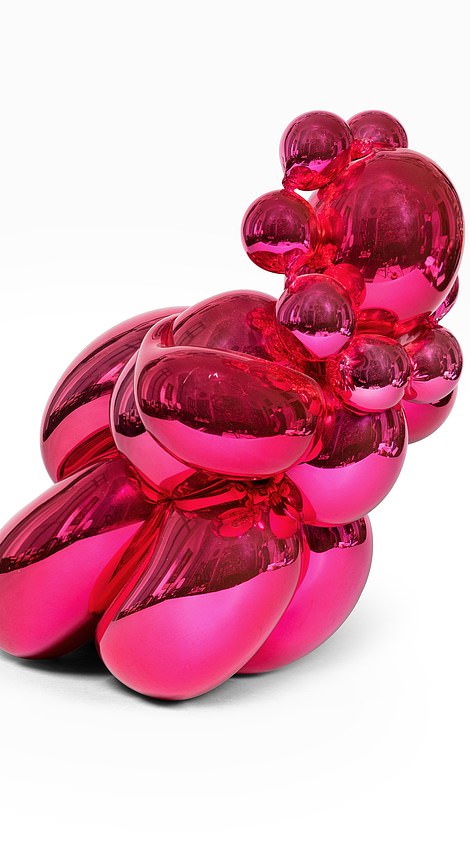 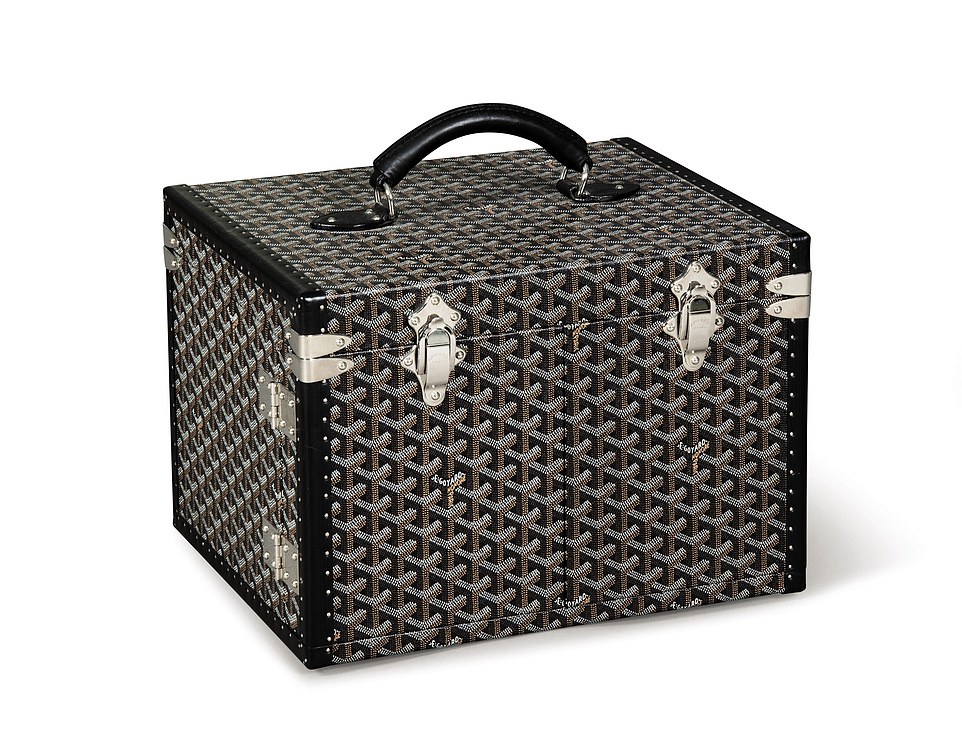 This jewelry trunk in coated canvas ‘goyardine’ is expected to fetch an impressive €2,000 – €3,000 at auction 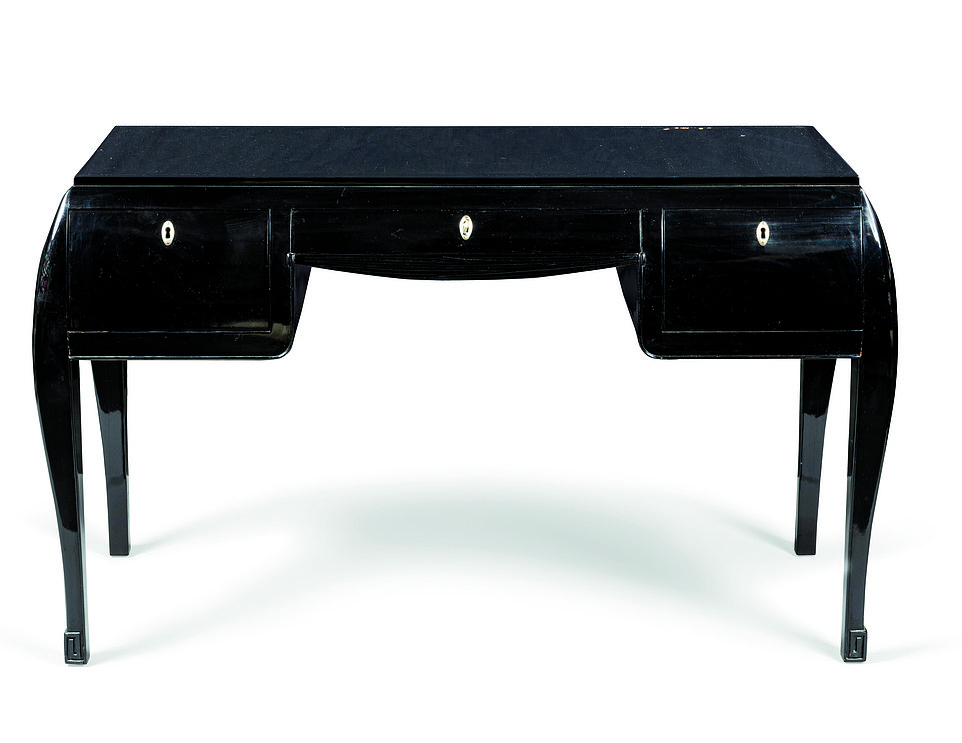 Dior suit jackets, household linen and more than 200 pairs of his emblematic fingerless leather gloves, which he consistently wore for 20 years will also be brought to auction.

Following his death in February 2019, Karl Lagerfeld — the titan of Chanel and Fendi — loved nothing more than to create a sensation in life.

As surprising and multifaceted as the designer himself, the auctions will offer an anthology of his personal taste, with the more than one thousand lots encompassing fine art, design, fashion and personal ephemera, illuminating the fashion titan’s life as a designer, decorator, photographer and collector.

The sale will also include a selection of other designer suit jackets by YSL, KL, Comme des garçons and Martin Margiela, as well as an astonishing number of Goyard suitcases. 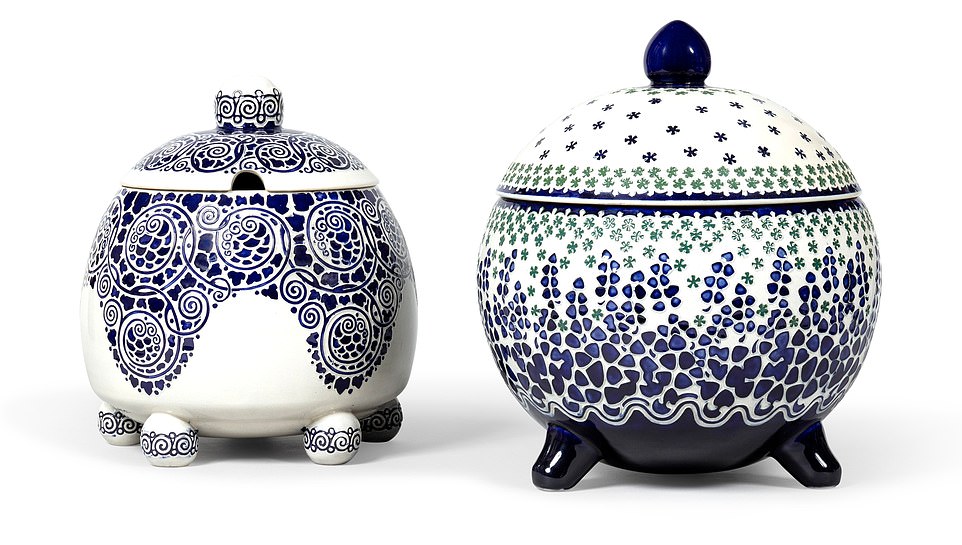 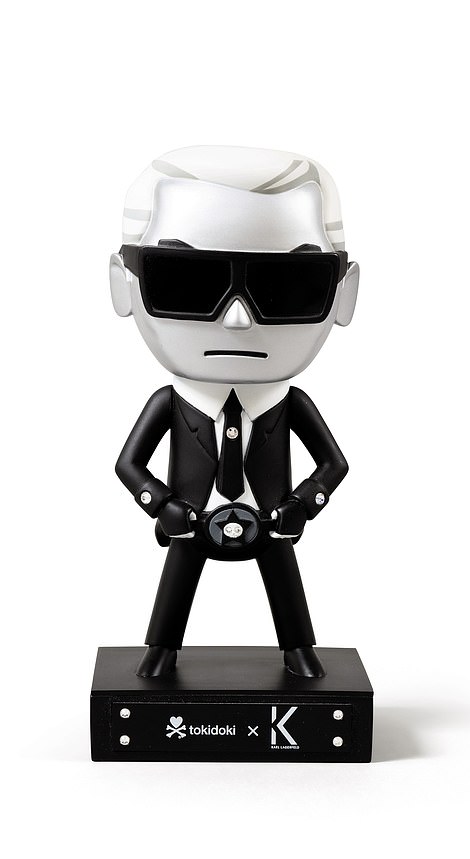 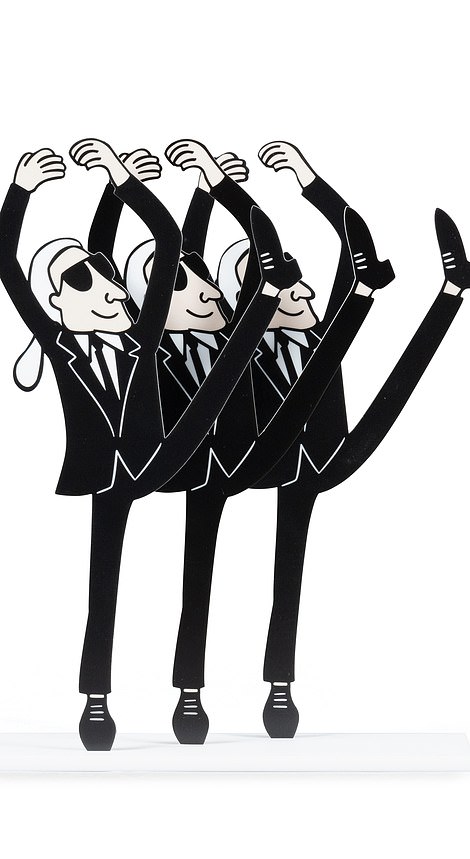 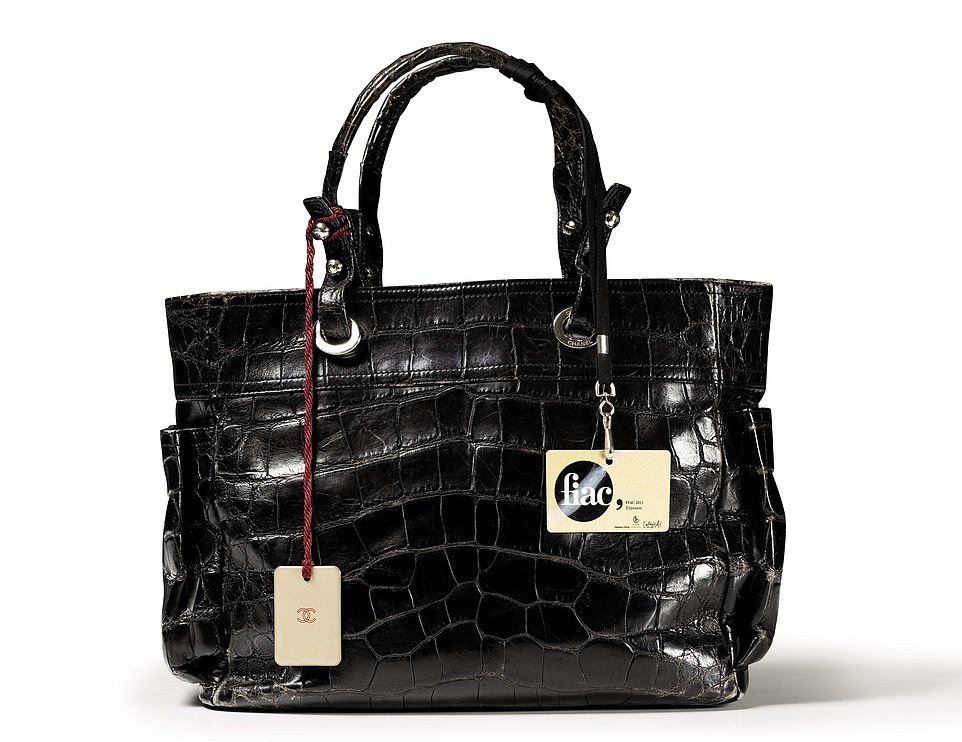 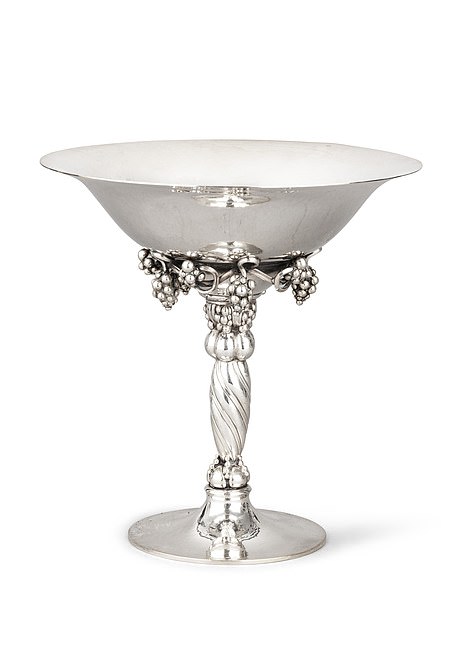 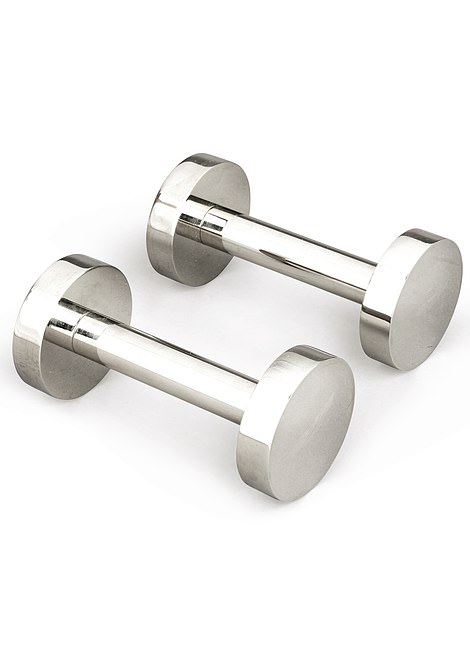 Lagerfeld became his own brand, and his immediately recognisable look is represented in figurines by Tokidoki and Tiffany Cooper, as well as on Fendi keychains and iPhone cases.

Capturing the imagination of the fashion world with his distinctive look and inimitable presence, he continually rewrote the rulebook, allowing him to remain ever relevant and always at the forefront of his game.

Artistic Director of Fendi from 1965, Chanel from 1983 and Chloé from 1991, before launching his own ready-towear house in the same year, the designer became the guiding figure of the luxury industry that he helped to build.

Lagerfeld was also an insatiable collector with an eclectic eye. In the 1980s, he opted for the fun, colourful design of the Memphis Group, tickled by its humour. He then turned to the French decorative arts of the 18th century, which he considered as an ideal of elegance and refinement. 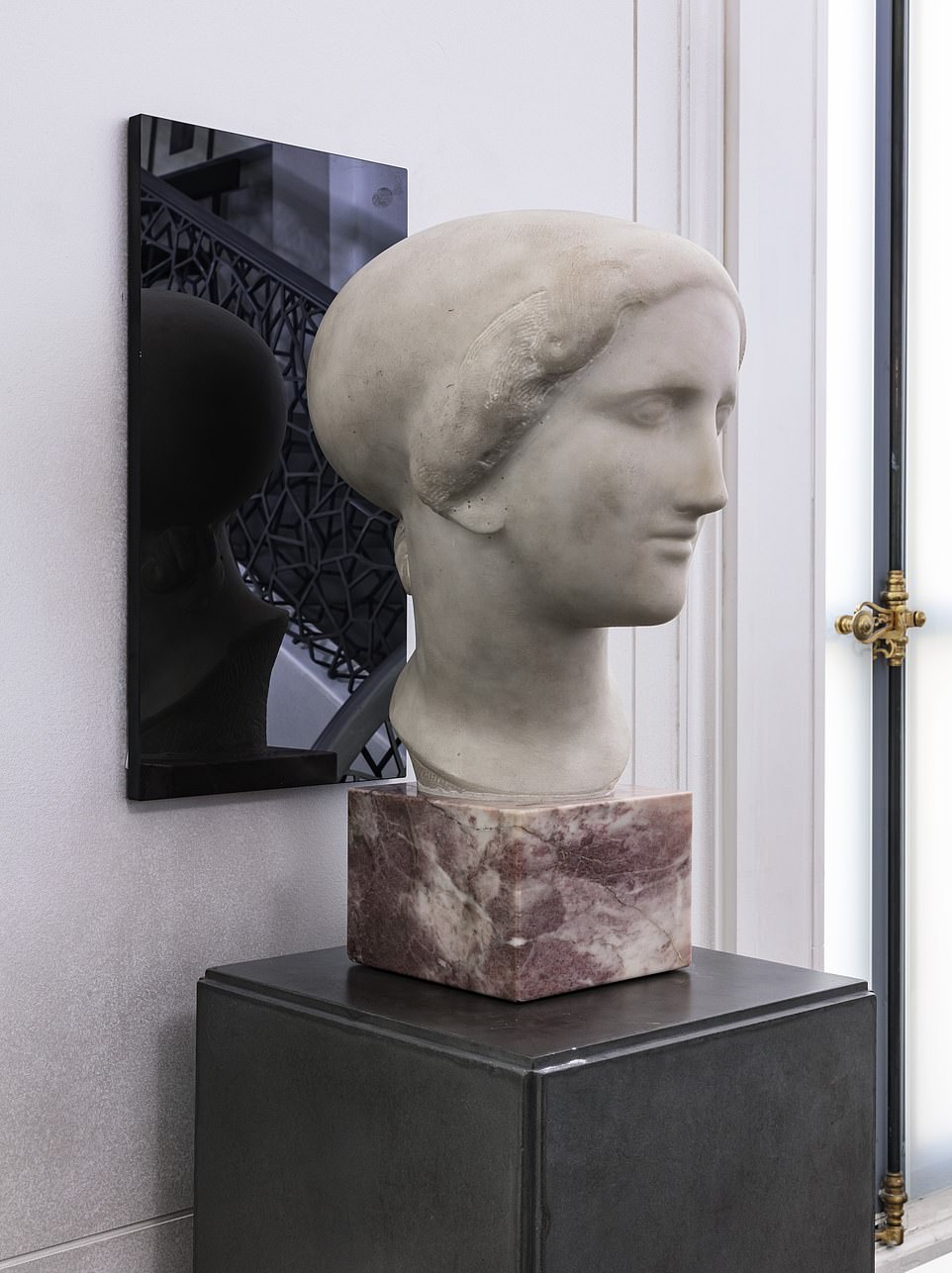 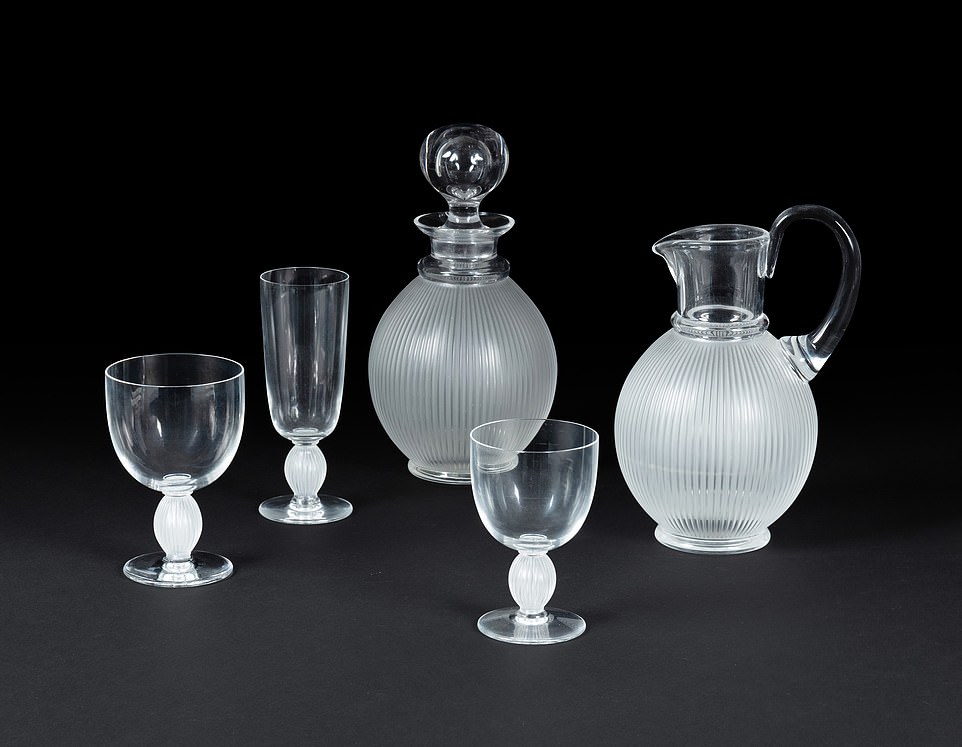 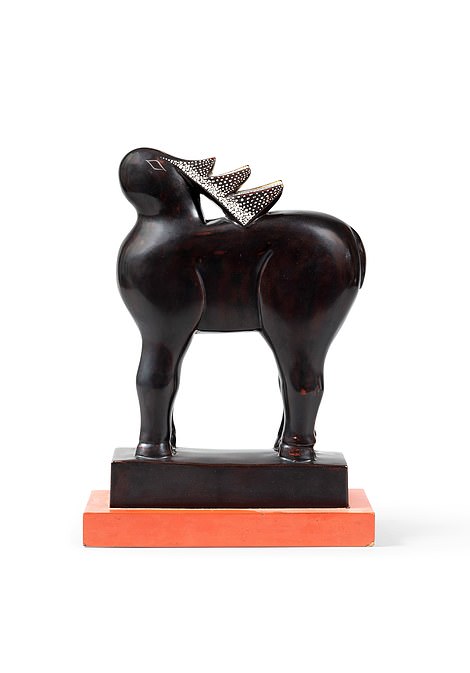 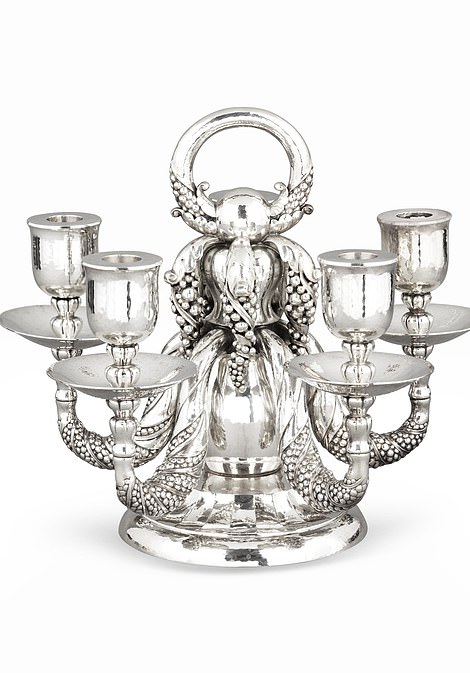 Seizo Sougawara – reindeer lacquered and gilded wood and eggshells. Estimate: €10,000 – €15,000 (left). Right: Set of four silver five-light candlesticks by Georg Jensen Copenhagen. The round base, chased with facets, the arms of lights with decoration of leaves and fruits of acanthus, the shaft surmounted by a catch in ring. Estimate: €8,000 – €12,000 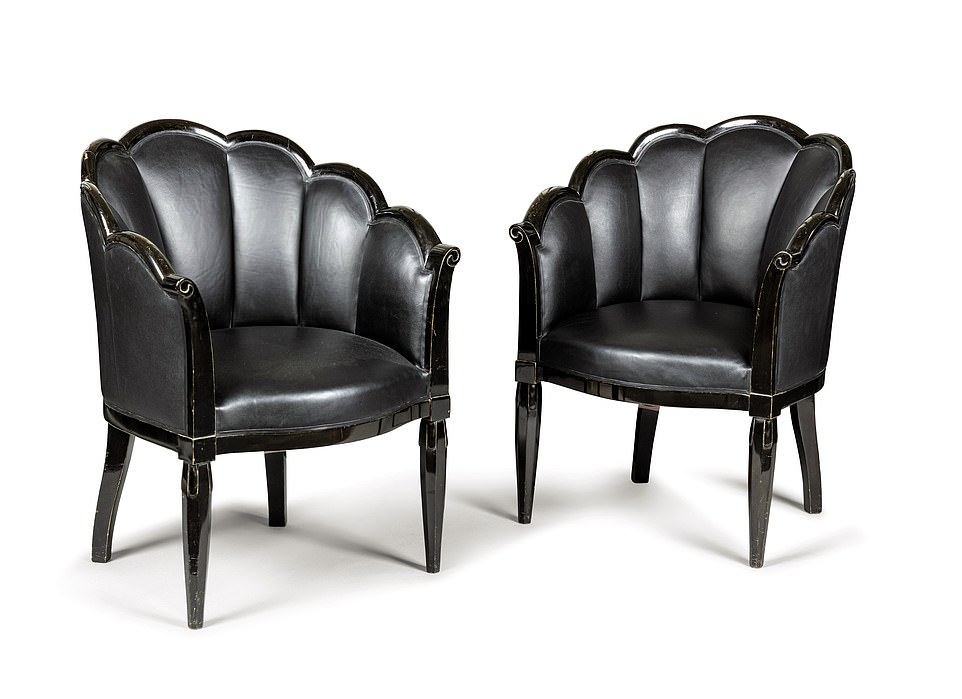 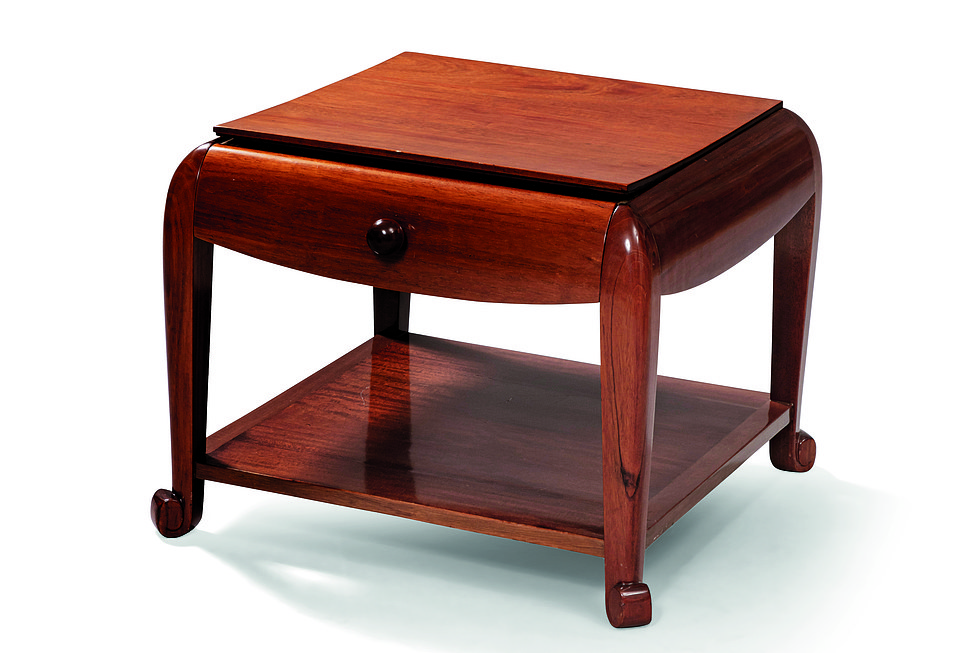 Throughout his life, he also had a passion for the Art Deco period that adorned his residences in Biarritz and Monaco, which he described as ‘the roots of modernity, the modernity that I am always looking for’.

During the last twenty years of his life, it was contemporary design by the likes of Mark Newson, Martin Szekely and Ronan and Erwan Bouroullec that Lagerfeld acquired to create a new futuristic aesthetic in his homes.

It was however, the works of his favourite designers, Louis Süe and André Mare, to whom he remained faithful throughout his long collecting career, and to whose ethos ‘Evolution in Tradition’ he stayed true.

Further artists represented in this extraordinary collection are Marc Newson, Martin Szekely, Konstantin Grcic, Maarten Van Severen for contemporary design ; Louis Süe and André Mare for Art Deco ; Georges Lepape – a French fashion designer, poster artist, engraver and illustrator particularly representative of the 1930s, and Ludwig Hohlwein, one of the most prolific and inventive poster and graphic designers of the late 19th and early 20th centuries.

Sotheby’s said the auctions would be ‘as surprising and multifaceted as the designer himself’, and ‘offer an anthology of his personal taste’.

Pierre Mothes, vice-president of Sotheby’s France, commented: ‘The auction will pay tribute to this unique and exceptionally creative designer, a major figure in the worlds of fashion and art.’