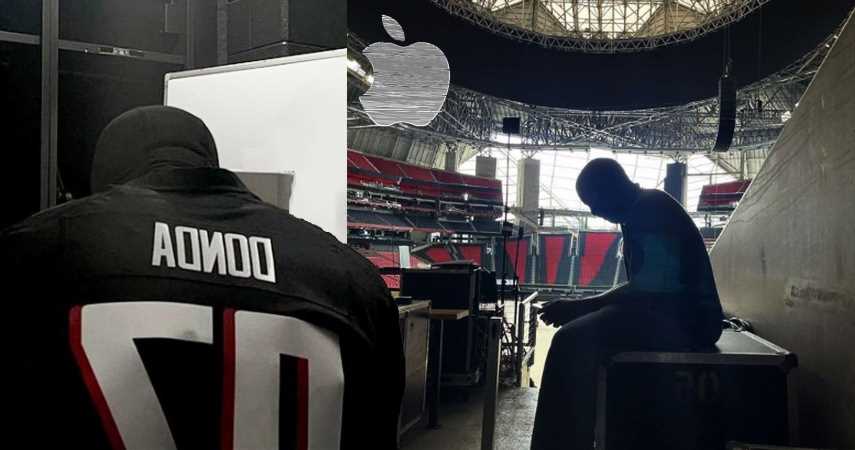 Kanye West is certainly not a stranger to shattering records in the music industry, but the level he has just reached has surpassed anything else he has ever accomplished before, and it’s certainly a high point that Apple Streaming has never seen before, either. As millions of fans across the globe caught wind of the listening party being held in honor of his upcoming Donda album release, it was evident that this was something huge in the making. It turned out to be so huge, in fact, that TMZ reports the Donda Listening Party recorded well over 3.3 million viewers tuned in to the livestream. Credit goes to Kanye West… the Apple Music Global Livestream record has officially been broken.

Kanye West has just shattered a record previously held by Gucci Mane and Jeezy, which was set when1.8 million viewers tuned in to watch them battle it out on the Verzus stage. In fact, West has surpassed this record tremendously, by practically doubling the number of views, and doing so in the most peculiar way.

As fans tuned in to the livestream and packed the Mercedes Benz Stadium with tickets in-hand, they knew they were in for a real treat and a spectacular presentation, but what they didn’t know is that they would be part of history in the making… and part of a show that would see Kanye West taking the stage without uttering a single word to his adoring fans.

That’s right, he’s shattered this record without even uttering a single word, or addressing his fans in any way. He simply took the stage and was seen pacing back and forth, at times bopping up and down to the music, and enjoying the sounds of his live audience taking in his art.

Equally astonishing was the fact that West was covered from head to toe, with is identity essentially concealed from those who packed the stadium to see him in action. In spite of all of this, it has turned out to be a wildly successful venture, and fans can’t seem to get enough.

This event was available as a livestream only, and wasn’t re-posted for fans to tune in to after the fact. There have been rumors suggesting that once he drops the album, West may make this available for viewing once again.

Until then, fans continue to impatiently await the album that was supposed to have already been released. West reports the new release date to be August 6th, and has moved in to the Mercedes Benz Stadium to put the finishing touches on the album, citing the ‘incredible energy’ in the building to be a true inspiration.

READ NEXT: Dr. Dre’s Spousal Support Settlement Will Set Him Back $3.5 Million A Year