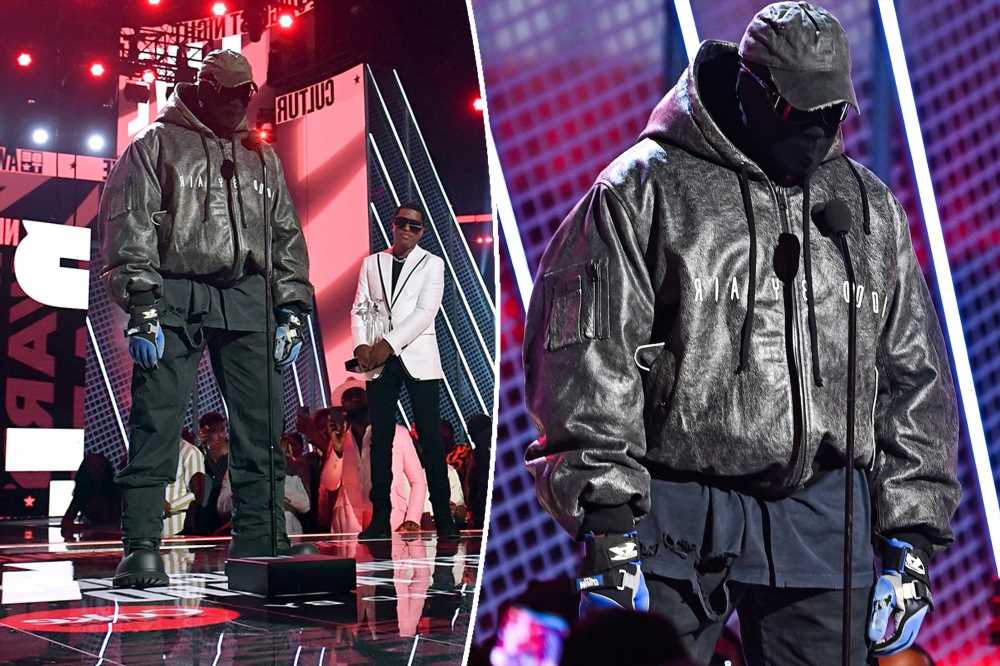 Kanye West made a surprise appearance at Sunday’s 2022 BET Awards, presenting Sean “Diddy” Combs with a Lifetime Achievement Award while wearing one of his signature face-obscuring masks.

Unlike some of the coverings he’s worn in the past, however, this one — which Ye topped with a pair of black sunglasses for an even more incognito look — lacked any sort of ventilation, and viewers at home sensed the rap superstar was struggling to get through his speech in the style.

“Kanye West bout to pass out in that hot ass mask and outfit on stage. He breathing heavy af,” one tweeted, while another joked, “Kanye west up there breathing like Darth Vador [sic] with this mask on.”

“Kanye West can’t even breathe under all of this bulls–t,” another remarked, while a fourth quipped, “The wardrobe people forgot to cut holes in Kanye West mask so that he could breathe…He almost passed out trying to be different.”

The 45-year-old Grammy winner covered up not just his face, but also his entire body, pairing his eccentric mask with a Hood by Air leather bomber jacket ($1,800), waterskiing gloves ($39) and Balenciaga Steroid Boots ($1,590).

West has worn masks on and off during his performances for the past decade, including a series of sparkling Maison Margiela styles during his 2013-2014 Yeezus tour. 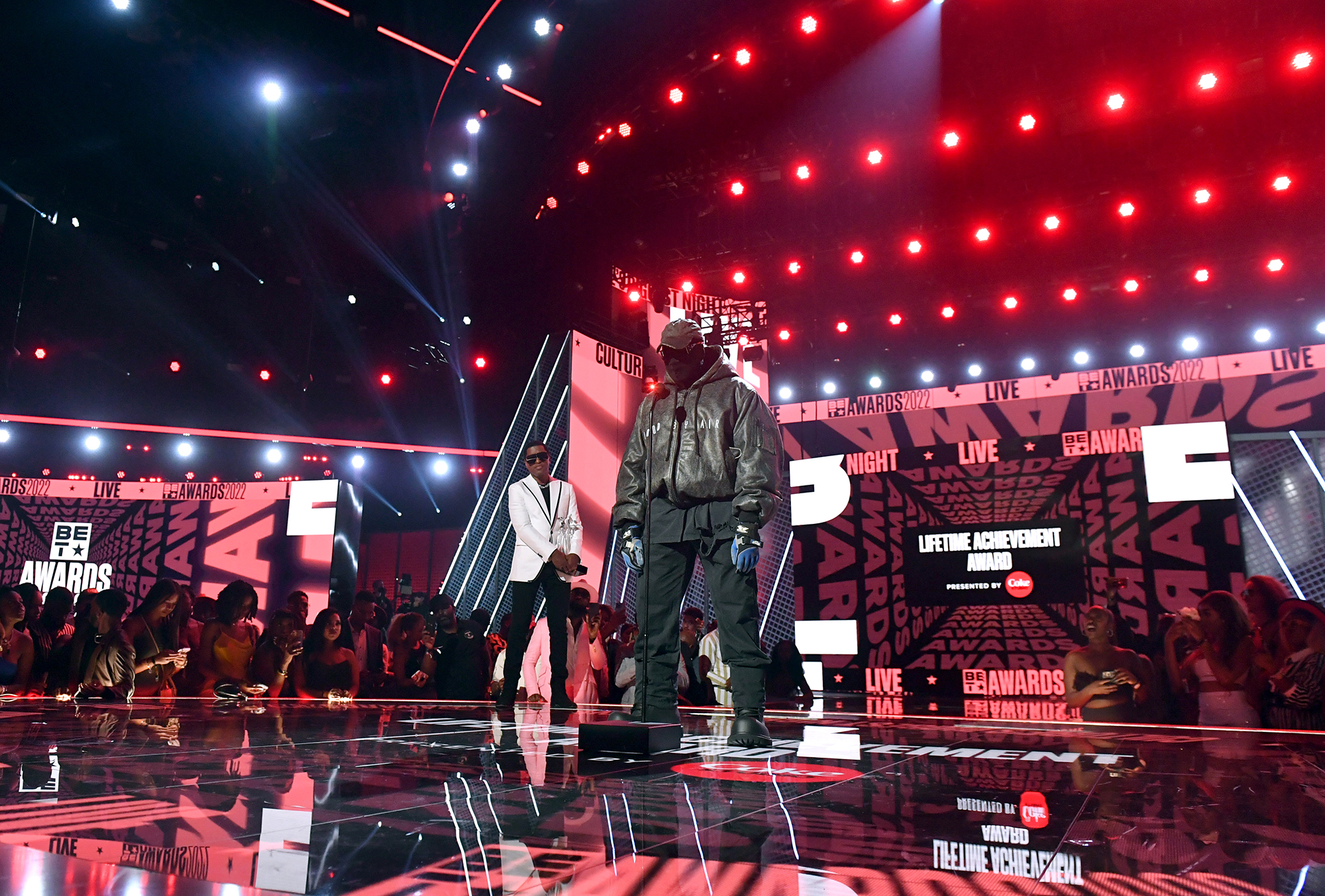 More recently, he’s started wearing face coverings while offstage as well, sitting front row at a 2021 Balenciaga show in a cat-printed mask by the fashion house and stepping out in various religious-themed versions around Los Angeles and New York City. He’s even sported prosthetic faces on occasion.

Former Trump associate Michael Cohen previously told Page Six the “Heartless” musician was wearing the increasingly bizarre masks to try to get some privacy after being mobbed by fans. 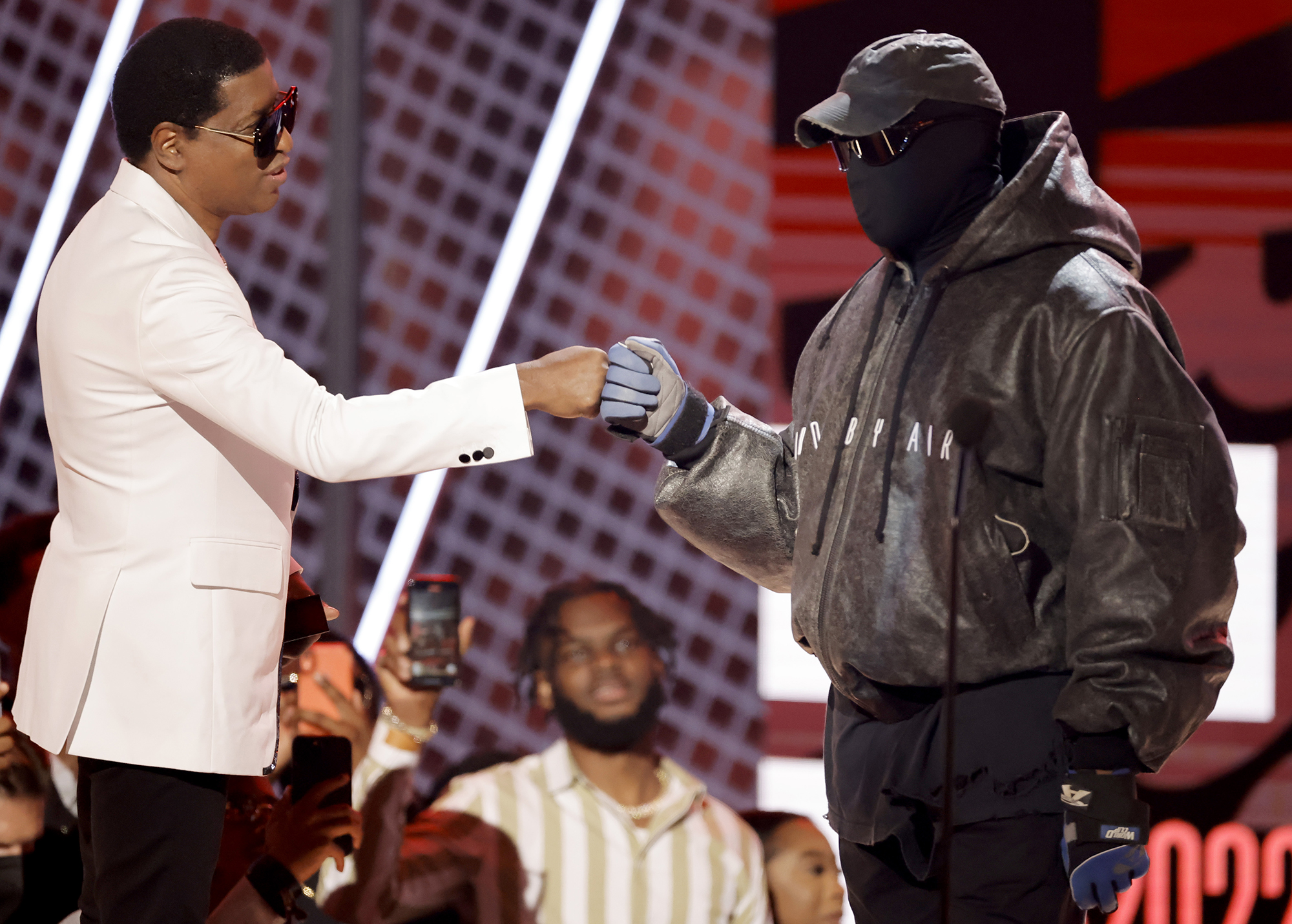