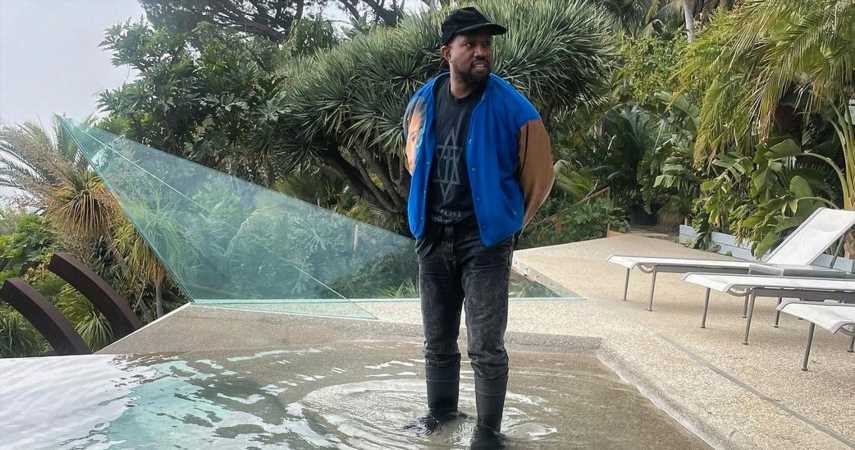 Ye, the artist formerly known as Kanye West, has always had a very grandiose way of living his life. As one of the most influential rappers and business moguls of our time, West has amassed an astronomical $1.8 billion net worth and has certainly earned the right to indulge in whatever his heart desires. It seems that as of late, he has had his heart set on upping the ante when it comes to his already impressive real estate portfolio. Never one to settle for anything less than the best, West has engaged the assistance of James Goldstein to completely remaster and redesign his $57 million Malibu mansion. TMZ reports that when all is said and done, Kanye West is poised to be the proud owner of one of the most elaborately designed architectural masterpieces that fans have ever seen.

RELATED: The Most Impressive Mansions Owned By Kim Kardashian and Kanye West

For those who may be unfamiliar with the enormity of James’ talents, he just so happens to be known for his very unique approach to producing some of the most elaborately designed properties. He’s very much considered a guru of all things design and has come up with some of the most jaw-dropping architectural design concepts that anyone has ever seen. He makes dreams into a reality by executing designs that most people would perceive to be impossible. Goldstein throws himself into curating designs that embody the most risk-taking, adventurous architectural designs that certainly require the most highly skilled construction specialists to execute.

Sources reveal that Kanye West reached out to James and requested that they get together to discuss his vision. Upon meeting up, the pair went on a full tour of the multi-million dollar mansion, while Kanye pointed out his creative ideas, and James weighed in with some unique, off-the-wall concepts of his own.

During the visit, it is said that West even showed James a few diagrams and sketches which revealed what he had in mind, and James has been entrusted to build on that and expand on the elements that will soon be brought into fruition.

It’s hard to imagine what a $57 million mansion may require in the way of aesthetic upgrades, but when James Goldstein takes on a renovation, he definitely takes it to a whole other level.

Fans are excited to see what he comes up with, and of course, all eyes are on this project to hopefully soon establish just how much money Kanye plans on investing into this massive mansion overhaul.

READ NEXT: The King’s Crown: Elvis Presley’s Gold Dental Crown Is Up For Auction