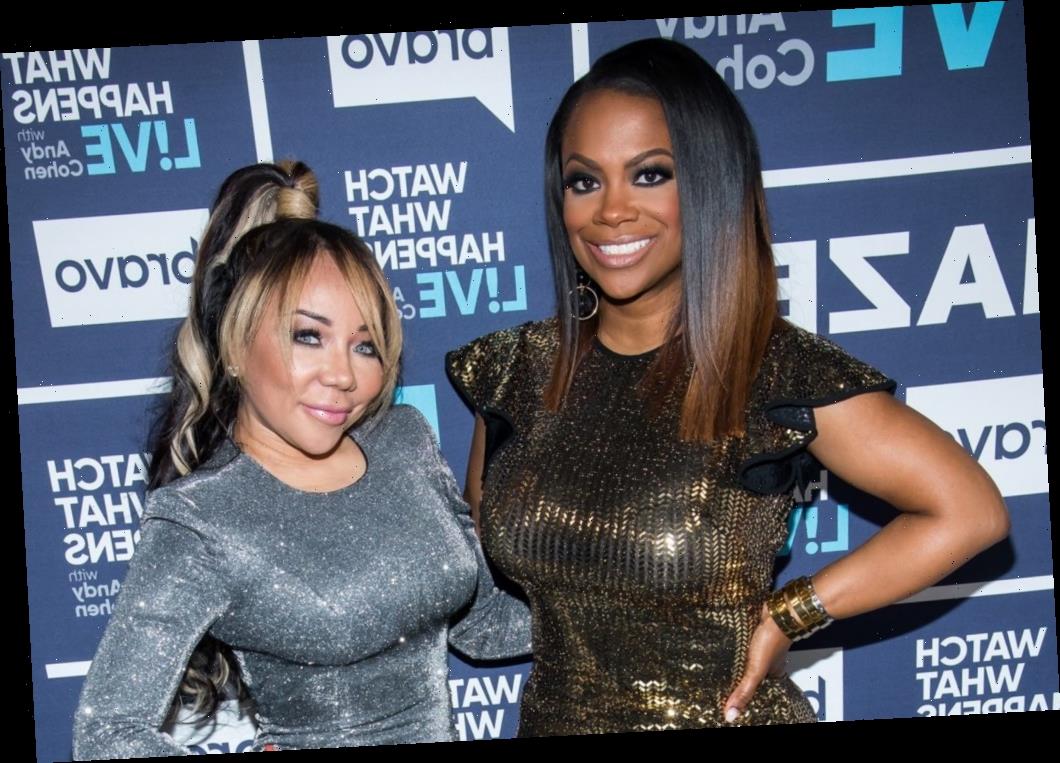 Before best-selling girl groups like Destiny’s Child and the Spice Girls, there was Xscape. The group was made up of four members: Tameka “Tiny” Harris, Kandi Burruss, and sisters LaTocha Scott and Tamika Scott.

Since their days of ruling the charts in the early ’90s with hits like “Just Kickin’ It” and “Understanding,” Harris and Burruss went on to have successful careers and become reality TV stars. But which one of these ladies has the higher net worth today? Read on to find out.

Why did Xscape break up?

There have been several theories and rumors over the years about why one of the hottest girl groups ever called it quits in 1998. The ladies touched on some of their drama in the TV One documentary Unsung.

“Kandi, between 2000 all the way up to 2007, she would do interviews saying Tocha broke up the group… and I’m like, that’s not true,” Tamika Scott recalled. “I had to protect my sister and so I did an interview and let it rip.”

Tamika Scott said in her radio interview that the group disbanded because Burruss slept with their label head Jermaine Dupri and his father Michael Mauldin. The Real Housewives of Atlanta star later admitted that she had relations with Dupri, but not his father.

“[Jermaine Dupri] and I, we crossed the line of friendship, let’s say that,” Burruss revealed. “But that had nothing to do with why the group broke up. [Tamika] knew that, she actually came back and apologized to me.”

Harris stated that their egos played a big part in why they split and there were a few physical altercations. “Me and Kandi had a little slap [fight]. A little quickie. And I was pregnant so it wasn’t that bad,” Harris recalled. “And then Tocha and Kandi finally got into a fight as well.”

Harris is married to rap royalty

Harris continued to write music after Xscape called it quits. In fact, she and Burruss wrote the TLC hit “No Scrubs” as well as Ed Sheeran’s “Shape of You.” Harris also made a name for herself in reality TV.

“We are aware of the allegations, and while they are not connected to our show, we have reached out to T.I. and [Tiny] Tameka Harris, as well as local and state officials,” an MTV Entertainment spokesperson said in a statement to People. “Given the serious nature of the allegations, we have decided to suspend production in order to gather more information.”

Harris is worth an estimated $5 million, according to Celebrity Net Worth.

Burruss is a real housewife

In addition to “No Scrubs,” Burruss has written a slew of other songs for some big-name artists including Whitney Houston, Alicia Keys, Pink, and Usher. She also penned the Destiny’s Child tracks “Bug a Boo” and “Bills, Bills, Bills” Burruss released her first solo album in 2000 and later founded her own record label.

She is a cast member of the popular Bravo series Real Housewives of Atlanta and is married to former line producer Todd Tucker. Today, Burruss has an estimated net worth of $30 million according to Celebrity Net Worth.

As for Xscape, the group has since reunited.