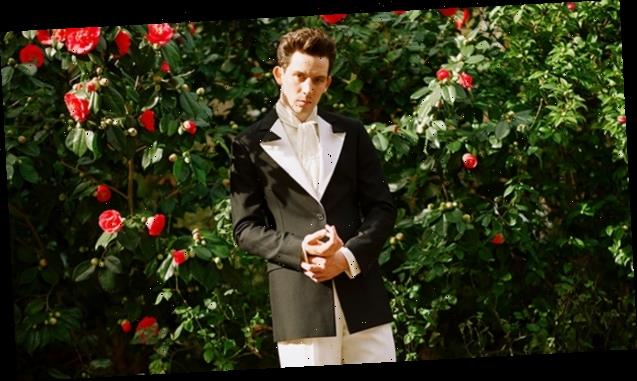 Josh O’Connor raved over how ‘extraordinary’ Emma Corrin is during his heartfelt Golden Globes acceptance speech. His co-star, who plays Princess Diana opposite his Prince Charles on ‘The Crown,’ also won ‘Best Actress.’

Josh O’Connor had a big night at the 2021 Golden Globes: the Hollywood Foreign Press Association awarded the 30-year-old actor with “Best Actor” in a drama series! The British actor beat out A-list stars like Al Pacino and Jason Bateman to win the big honor for his role as Prince Charles in Season 4 of the The Crown. It was a good night to be a cast member on The Crown, because Josh’s win came shortly after it was announced that his co-star Emma Corrin — who plays Princess Diana opposite Josh’s Prince Charles on the Netflix series — won “Best Actress” in a drama series.

To celebrate this double win, Josh of course gave Emma a shout-out during his acceptance speech. “To Emma Corrin, Best Actress-winner — you’re extraordinary, talented, funny and a brilliant player at Rock, Paper, Scissors. I love you to bits,” Josh gushed while delivering his winning words from home. Prince Charles’ actor also wholesomely shared that he “had the time of [his] life” filming The Crown and working with the “incredible cast,” but used the end of his speech to share a message for people who have been affected by the pandemic.

“I just want to say I am very lucky to work in this period and there’s so many people who are unable to work and are alone and isolated. And I hope we can all collectively put mental health at the forefronts of our minds,” Josh told the Golden Globes viewers.

Josh was just as ecstatic for even being nominated in the first place! “Mind blown. Thank you to the insanely talented @thecrownnetflix team. This show is entirely a team effort and I’m so grateful to have been a part of it. Congratulations to my partner in crime @emmalouisecorrin and my pals #OliviaColman #HelenaBonhamCarter @gilliana,” the Netflix star wrote on Instagram after the Golden Globes nominations were announced in January.

In Emma’s own post-nomination Instagram post, she wrote, “Thank you so much @goldenglobes! A real honour to be named amongst a group of such talented and inspirational women! Working on The Crown was the most magical experience in no small part thanks to the incredible cast and crew that supported and help guide me through THANK YOUU.”

Josh started playing Prince Charles in Season 3 of The Crown, which premiered in 2019. The drama series follows the royal life of Queen Elizabeth II, beginning with her wedding with Prince Philip, Duke of Edinburgh in 1947. The show nabbed seven nominations total at the 2021 Golden Globes, including the coveted one for “Best TV Drama Series.”