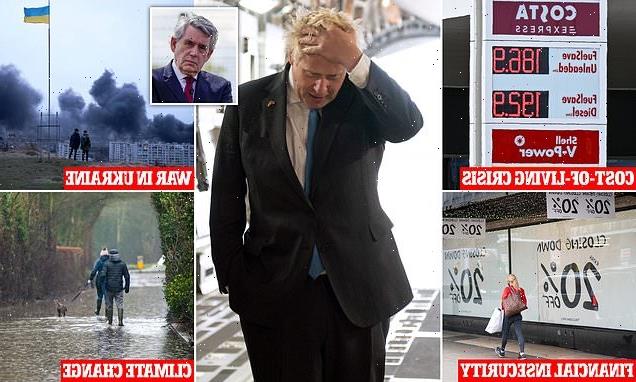 ‘A global crisis needs a global solution – which is why I urge Boris Johnson to call a summit of all world leaders now’: An urgent plea from GORDON BROWN, a former Prime Minister who did more than anyone to tackle the 2008 financial meltdown

As someone who, as Prime Minister, had to weather the storms of economic turmoil in 2008, when the global financial crash smashed into our country, the multi-faceted challenges Britain faces today are not ones that I would wish on any of my successors – Labour or Conservative.

From the cost-of-living crisis here to the war in Ukraine, to the massive global pressures caused by climate change and financial insecurity, never in my lifetime have I seen so many challenges simultaneously confronting an already fractured world on so many fronts.

For Boris Johnson, the scenario today is not unlike that faced by British Prime Ministers in the 1930s – the so-called ‘devil’s decade’ when the world was marred by recession, protectionism, jingoism and big-power aggression. 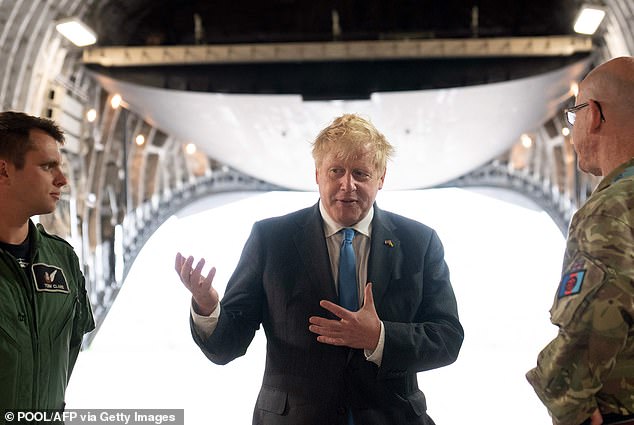 Mr Johnson might want to remember the example of Winston Churchill during that decade. Out of office, before the Second World War, Churchill lambasted the leaders of the day for being ‘resolved to be irresolute, adamant for drift, solid for fluidity and all-powerful for impotence’.

But I believe – as strongly as Churchill did then – that a moral effort from today’s world leaders who have the power to act can overcome each of the multiple, interlocking crises, and show – as he proved by his wartime leadership – that there is no problem to which we cannot find a solution.

In Britain 2022, food bills are rocketing, fuel prices soaring and, for the first time in 25 years, inflation is out of control. We should not have come this far as a country – the fifth richest in the world – for there to be food banks, bedding banks, clothing banks, baby banks and fuel banks replacing the welfare state as the last line of defence against poverty and destitution. 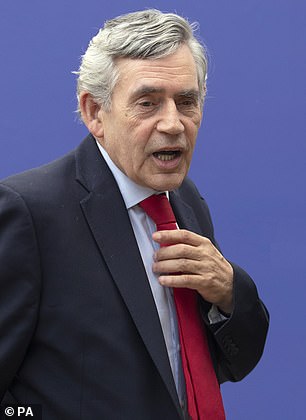 As prime minister from 2007 to 2010, Gordon Brown did more than any world leader to fight the 2008 global financial crisis

Does Mr Johnson want his legacy to be that of nurses, worn out after long, backbreaking shifts, leaving the beds of their patients to queue at food banks to provide for their own families?

For its part, the Bank of England has been behind the curve on inflation, and interest rate rises are sadly unavoidable. But no Chancellor can stand aside and see low and middle-income families, once just managing to get by, now having to choose between feeding themselves today or paying the gas bill tomorrow.

For even after Rishi Sunak’s latest £15 billion announcement of help, millions of families face a shortfall that must be bridged before October’s £800 hike in fuel bills.

But this is now also a global emergency engulfing every country.

Laid low last year by Covid, the world is being hit this year by hunger, droughts, floods, forest fires, heatwaves and the melting of icecaps – graphically encapsulated by the recent revelation that plastic particles have now been discovered in Arctic snow. And all this layered on top of the most deadly European war since 1945.

No one should ever be allowed to wipe a whole country off the map, or threaten annihilation through the use of nuclear weapons. And it is right that Britain, a long-term guarantor of Ukraine’s independence – and Mr Johnson himself – are in the lead of giving the Ukrainian people the military and humanitarian support they need and deserve and demanding that Vladimir Putin be indicted for war crimes before an international court.

But the human tragedies now extend far beyond Ukraine and are of biblical dimensions. For if disease and pestilence struck in 2020, and war in the first months of 2022, the greatest global danger now is famine. Some 800 million people go without the food they need, 1.7 billion are being thrust into poverty, including the 100 million people displaced from their homes by conflict or climate change. 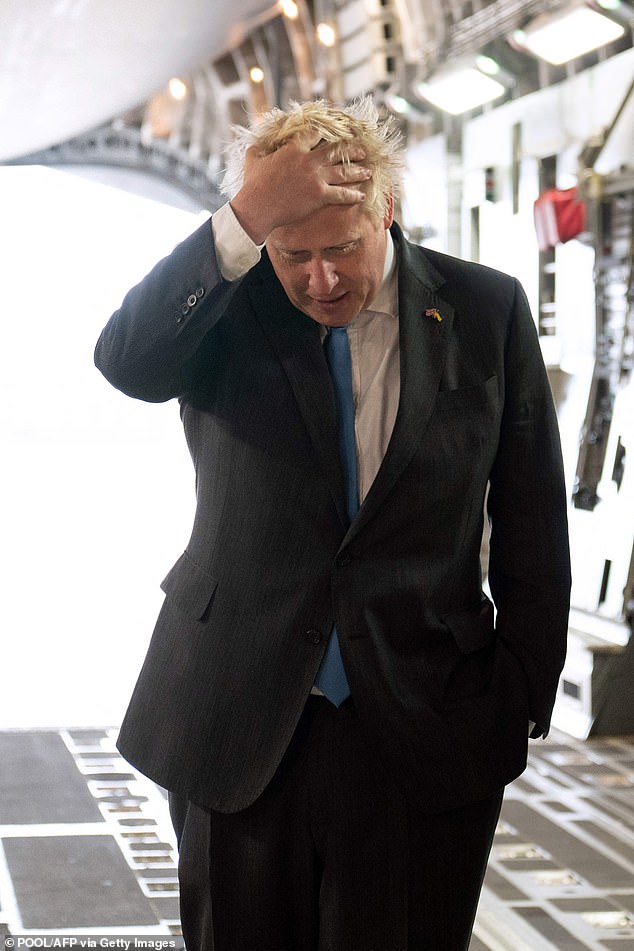 Soul-searching: the Prime Minister has plenty to think about, writes GORDON BROWN 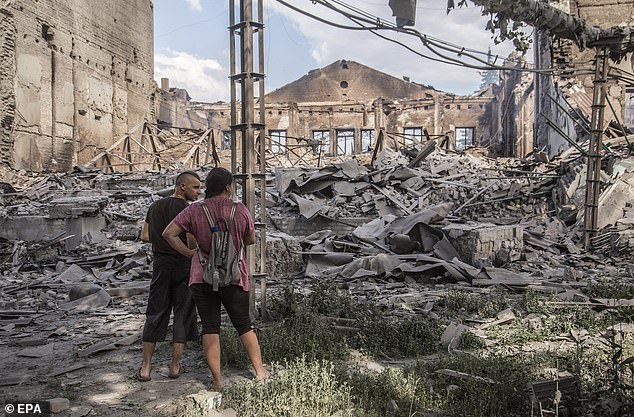 Worse still, almost two billion adults remain unvaccinated against Covid-19, a damning statistic that is likely to lead to the spread of a new variant across the world.

Yet, with so much to do, the international community seems paralysed. At the very time we need to come together, the world is tearing itself apart. Nato unity obscures global disunity. To this day, 82 countries – including India, Mexico, Brazil and the whole of Africa – have joined China as opponents or abstainers and thus enablers of Russian aggression. Some 150 countries have refused to impose sanctions. Their biggest grievance is that a Western-led globalisation is leaving their citizens poor and defenceless against natural and man-made disasters.

I could recite an endless string of excuses from national leaders and central bank governors telling us they are impotent in the face of global forces. But while the situation is perilous, they are not powerless. And nor is the Prime Minister.

Between them, they have it in their power to agree and deliver a collective, co-ordinated international response. We face global problems that require global solutions, and to deal with these parallel crises with common roots we need an equally comprehensive global plan agreed by a summit of world leaders and international institutions. 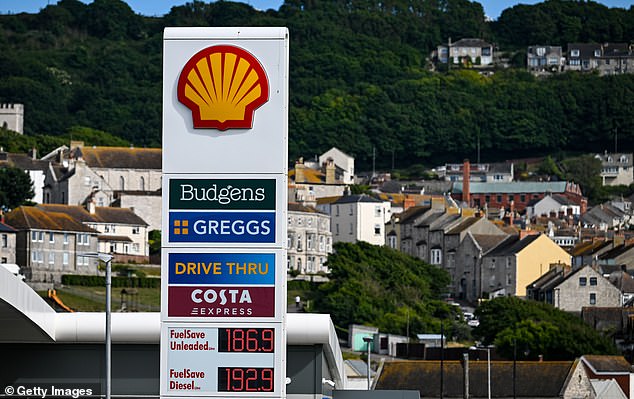 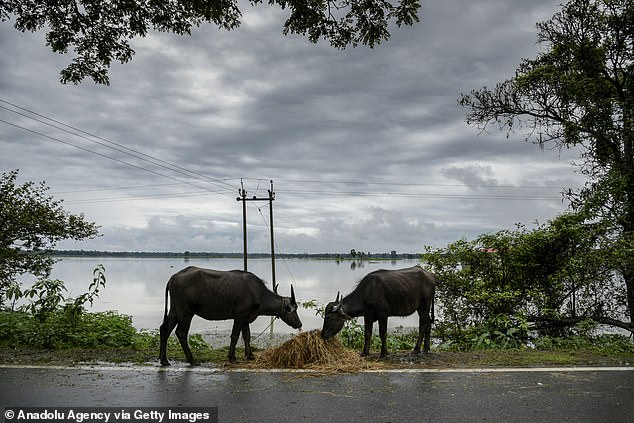 Mr Johnson could lead the way on climate change (pictured, flash flooding in India this week)

On this, Mr Johnson could be leading the way.

In 2008, we intervened in energy markets to get oil prices down. Now we need a plan to speed up the transition towards greener, ‘net-zero’ economies.

There is enough food to go around if properly distributed.

So instead of 30 countries banning food exports and forcing prices up, a concerted international initiative can bring sanity to the commodities markets and feed the world.

An agenda that repositions the International Monetary Fund – too narrowly defined today as the safety net for countries in trouble – as responsible for the surveillance and supervision of the world economy, could advance recovery and growth in both the developed and developing countries.

Recapitalising the World Bank, now seen principally as the adviser to the poor, to become the delivery agent for global public goods such as a clean environment and, in partnership with the UN, the financier of humanitarian aid, could demonstrate that today’s leaders can cope with today’s global emergencies. 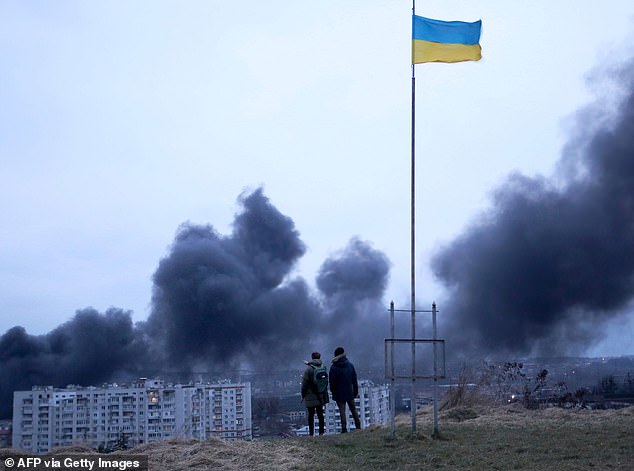 The war in Ukraine (Lviv in March, pictured) poses a huge challenge for world leaders 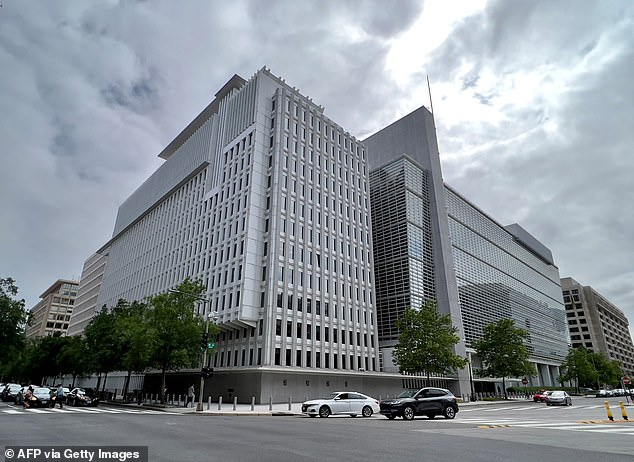 Number Ten should also push for the recapitalisation of the World Bank (Washington, DC HQ)

With such a renewal and reform of the global architecture, the World Trade Organisation would be empowered to be the scourge of ‘beggar-thy-neighbour’ protectionism that helps no one.

Working more closely together, the United Nations and the COP process, which hosted the Glasgow climate change summit last year, could deliver a concerted and properly co-ordinated push to stave off an environmental Armageddon.

And the G20 – the summit of a score of leading economies – should now be expanded to include the Nordic bloc and the Netherlands, and the rising economies of the developing world such as Nigeria.

By becoming more representative and carrying more legitimacy, it could become the premier decision-making forum for a better-managed global economy.

Again, on this, the United Kingdom could be leading the charge.

Do nothing and we will run a repeat of that devil’s decade. But if leaders such as Mr Johnson act now – by holding a Leaders’ Summit – then in our hands lies the power to curb oil price rises, end the food shortage, grow our economics in a sustainable way and ensure better living standards for all.