‘Full House’ Stars: Then and Now!

“We talked last night about you. It was something that you were saying about how you hate when people bring her up because if you defend her then people get mad. If you don’t defend her, then you feel bad because she’s a great person,” the actor, 59, told Dax Shepard during an episode of the “Armchair Expert” podcast on Monday, November 14.

Stamos claimed that Loughlin, 58, has shown remorse for her involvement. “She also paid a lot of money. She set up a college fund for kids and she went to f—king jail man,” he shared. “I am going to say this, and she said I could. She wasn’t really the architect of any of it — she was in the way background. She didn’t know what was going on.” 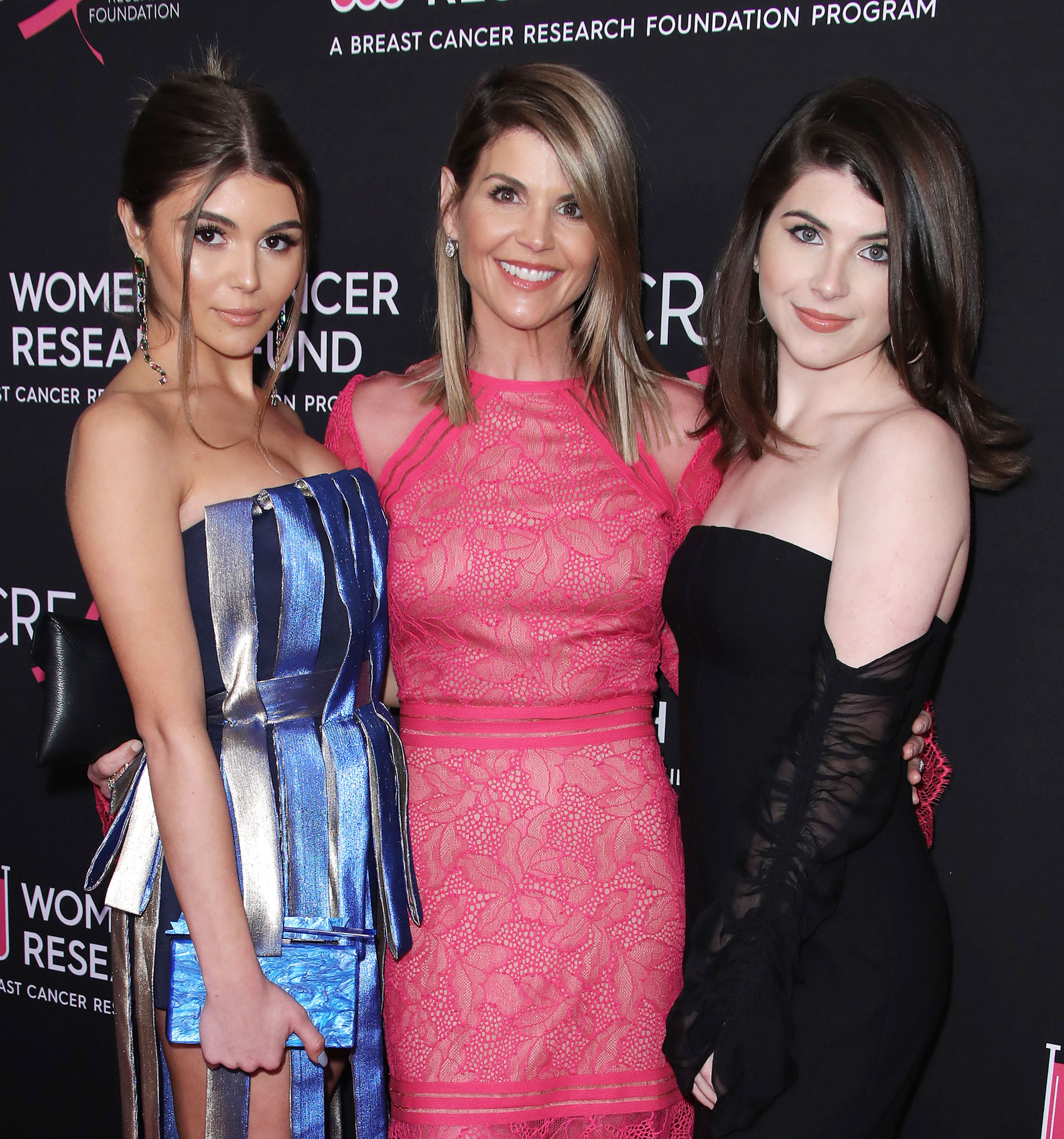 Loughlin previously made headlines when she and her husband, Mossimo Giannulli, were accused in 2019 of paying $500,000 in bribes to get their daughters, Olivia Jade, 23, and Bella, 24, into the University of Southern California. In March of that year, the couple were indicted, and they pleaded guilty to fraud charges two months later.

Lori Loughlin and Mossimo Giannulli: A Timeline of Their Relationship

At the time, Stamos admitted he was struggling to understand Loughlin’s alleged role in the college admissions scandal. “I gotta be careful. I want to wait until the trial happens, if it does, or whatever the result is, and then talk about it,” the General Hospital alum, who played Uncle Jesse alongside Loughlin’s Aunt Becky in Full House from 1987 to 1995, told GQ in 2019. “I’ll tell you one thing that has been strange is: Honestly I can’t figure it out. It doesn’t make sense.”

In April 2020, photos of the couple’s daughters on a rowing machine, as a part of the scam to get them into college, were released. The Fuller House alum was sentenced to two months behind bars and was released in December 2020. Giannulli, for his part, was released in April after serving a five-month sentence.

Following her release, a source exclusively told Us Weekly that the actress was looking to “put the past” behind her. “She has served her time in jail and completed her probation, community service and paid all of her court fines,” the insider told Us in October 2021.

At the time, the source detailed Loughlin’s work with Project Angel Food after her required 100 community service hours were complete. The insider also revealed that the 90210 alum “privately arranged to put two students through four years of college” and has paid their tuition and the expenses, which totaled more than $500,000. 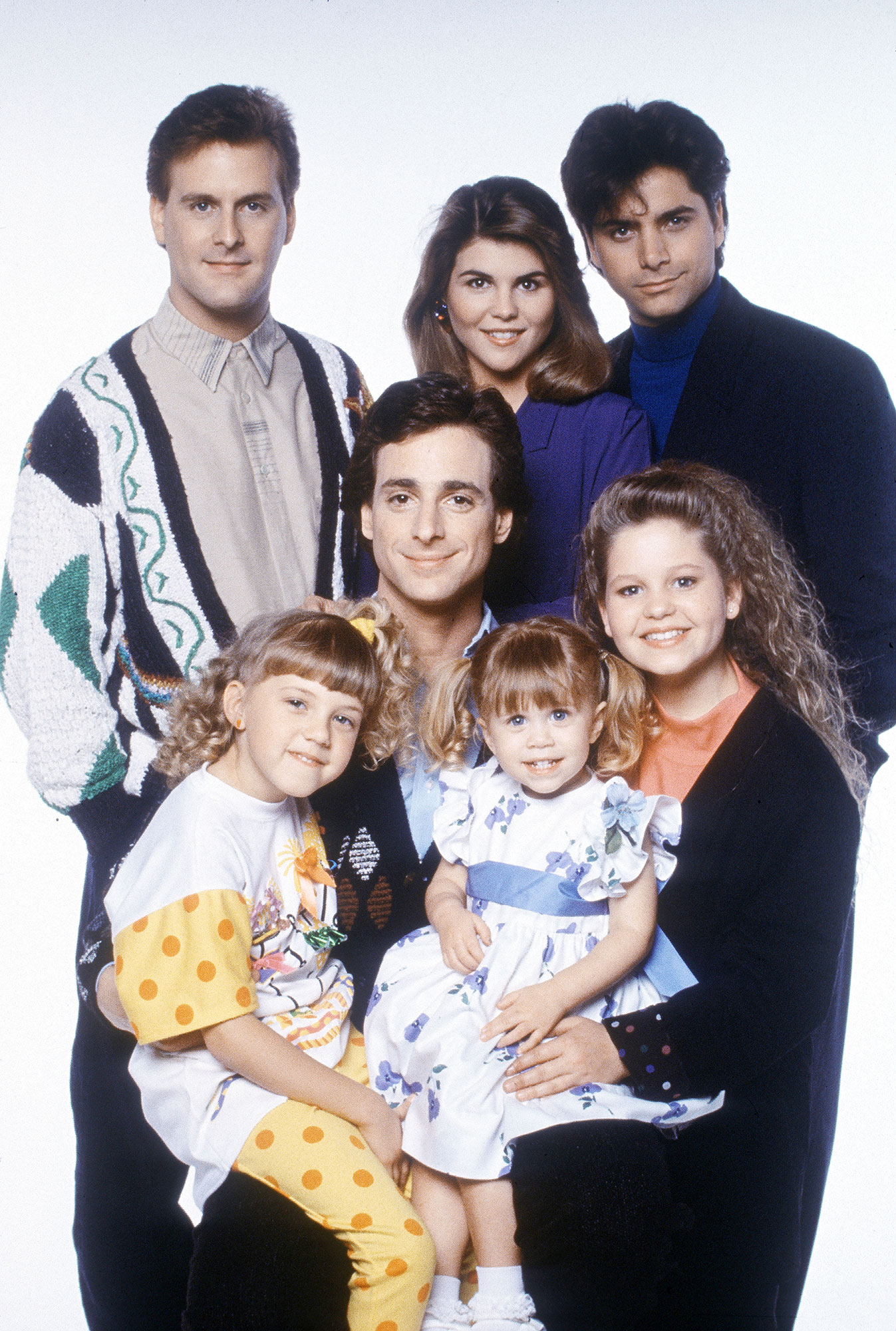 Earlier this year, Great American Family announced Loughlin’s return to TV movies with a first-time collaboration with the network. (The California native previously appeared in several Hallmark movies and shows.)

Loughlin will star in the upcoming film Fall Into Winter, which premieres in January. The romantic comedy follows her character Keely who finds out that her brother sold half of their family-owned candy shop to her high school nemesis Brooks. The duo seemingly form an unexpected bond after they have to work together.

Ahead of the announcement, the CEO of Great American Media, Bill Abbott, hinted at plans to work with Loughlin. “She’s America’s sweetheart, regardless of whatever happened,” he told Variety in September. “At the end of the day, she represents all that is positive about entertainment, and has had a stellar career — not only on screen, but also the way she’s conducted herself personally, in terms of being someone who has a track record of doing the right thing in the world at large, aside from whatever happened.”

Abbott continued: “I don’t know the details. She’s beloved and for good reason. We’re very proud of our association with her and we want to make her part of the fabric.”