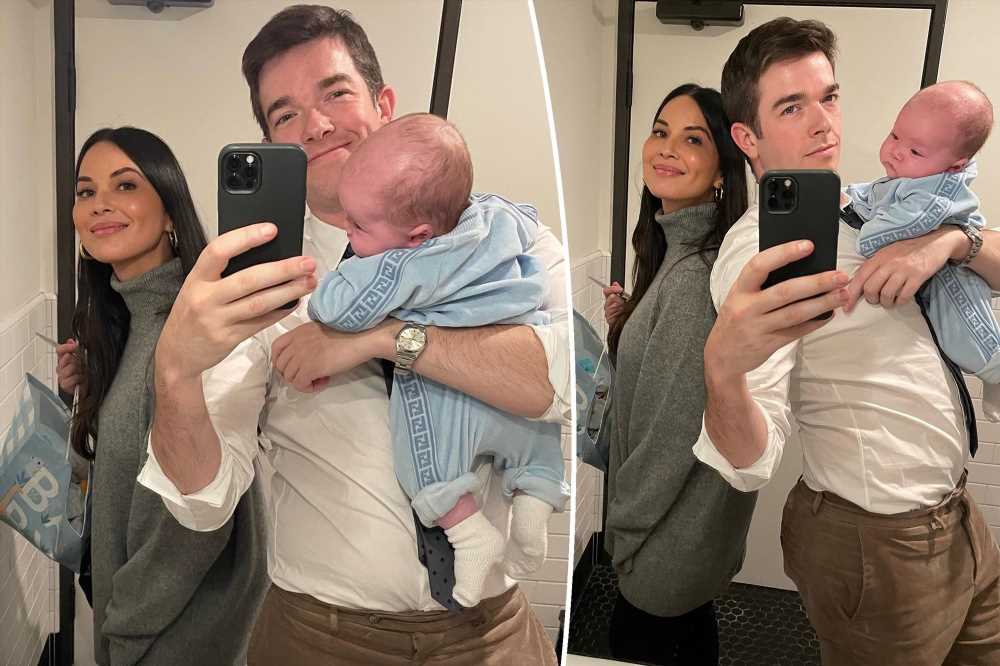 John Mulaney and Olivia Munn shared a public bathroom snap that was less than luxurious – but the same can’t be said of their son’s Fendi sweats.

On Monday, Munn posted a mirror selfie with her comedian beau and their 7-month-old baby, Malcolm.

“The Predator” star, 41, captioned the family photos, “A single occupancy public bathroom that locks… a luxury for parents.”

“I have the same sweatsuit,” Mulaney quipped in the comments, to which “Property Brother” Drew Scott responded, “Let’s see the side by side twin outfits!”

Mommy-and-me dressing is all the rage these days, so why not introduce dapper daddy-and-me styles?

Malcolm isn’t the only celebrity baby to sport the designer label. Andy Cohen’s son, Ben, wore a pair of $400 Fendi pants to brunch at Morandi in 2019, and Kylie Jenner’s daughter, Stormi, is famously a Fendi fan. 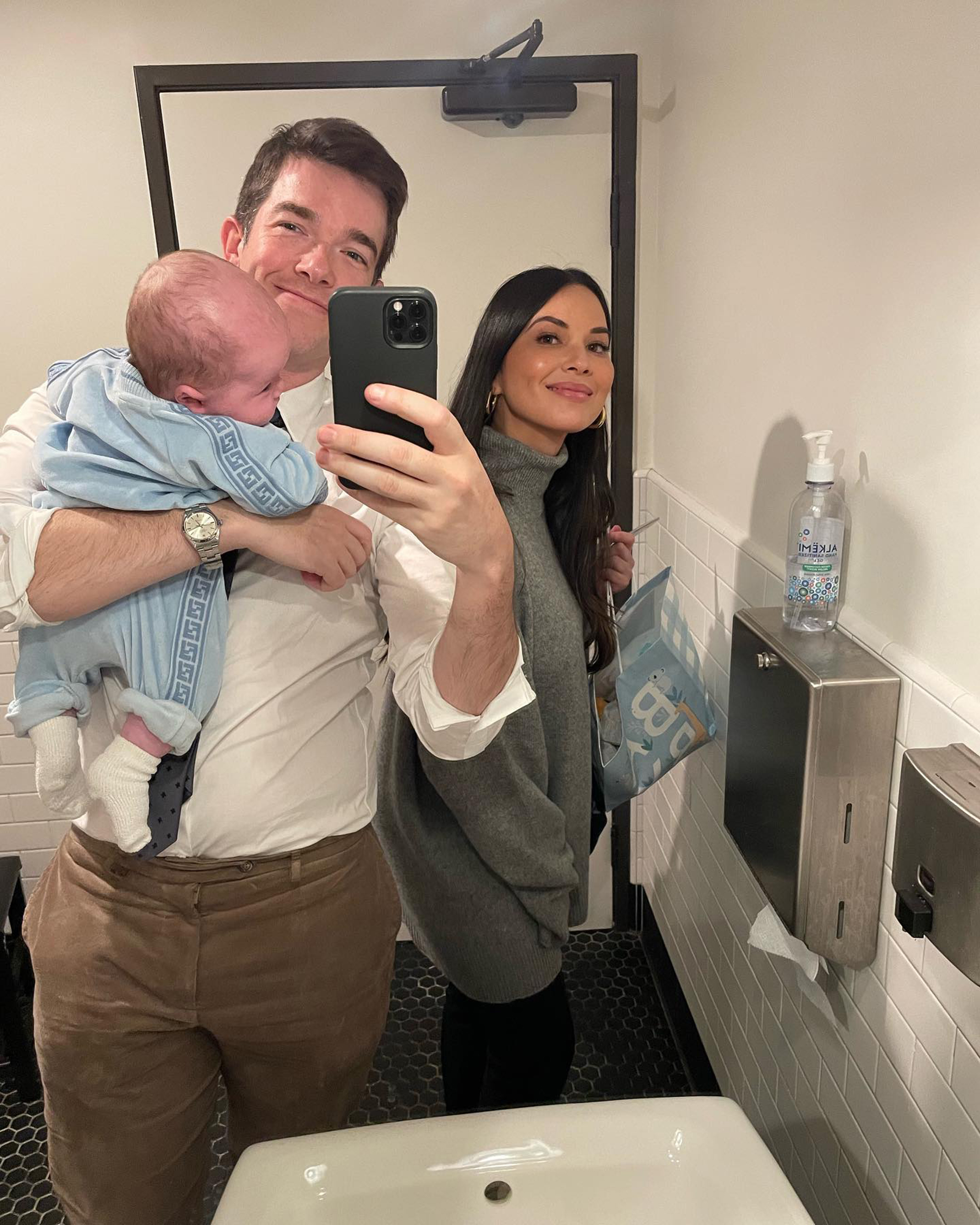 Mulaney, 39, was previously married to photographer Anna Marie Tendler, and he often discussed their relationship during his stand-up sets. Their high-profile split was finalized in January 2022 after seven years of marriage.

On Mother’s Day, Tendler posted about feeling “all the weird vibes” as she cradled her beloved dog, Petunia, whom she previously shared with Mulaney.

“It’s okay to sit with those,” she told her concerned followers.

In January, the multimedia artist revealed she wants to freeze her eggs. “There were things I never even thought about before because that was just a closed door. So now that it feels like not as much of a closed door, it’s something that I ruminate on a lot,” she told Harper’s Bazaar. 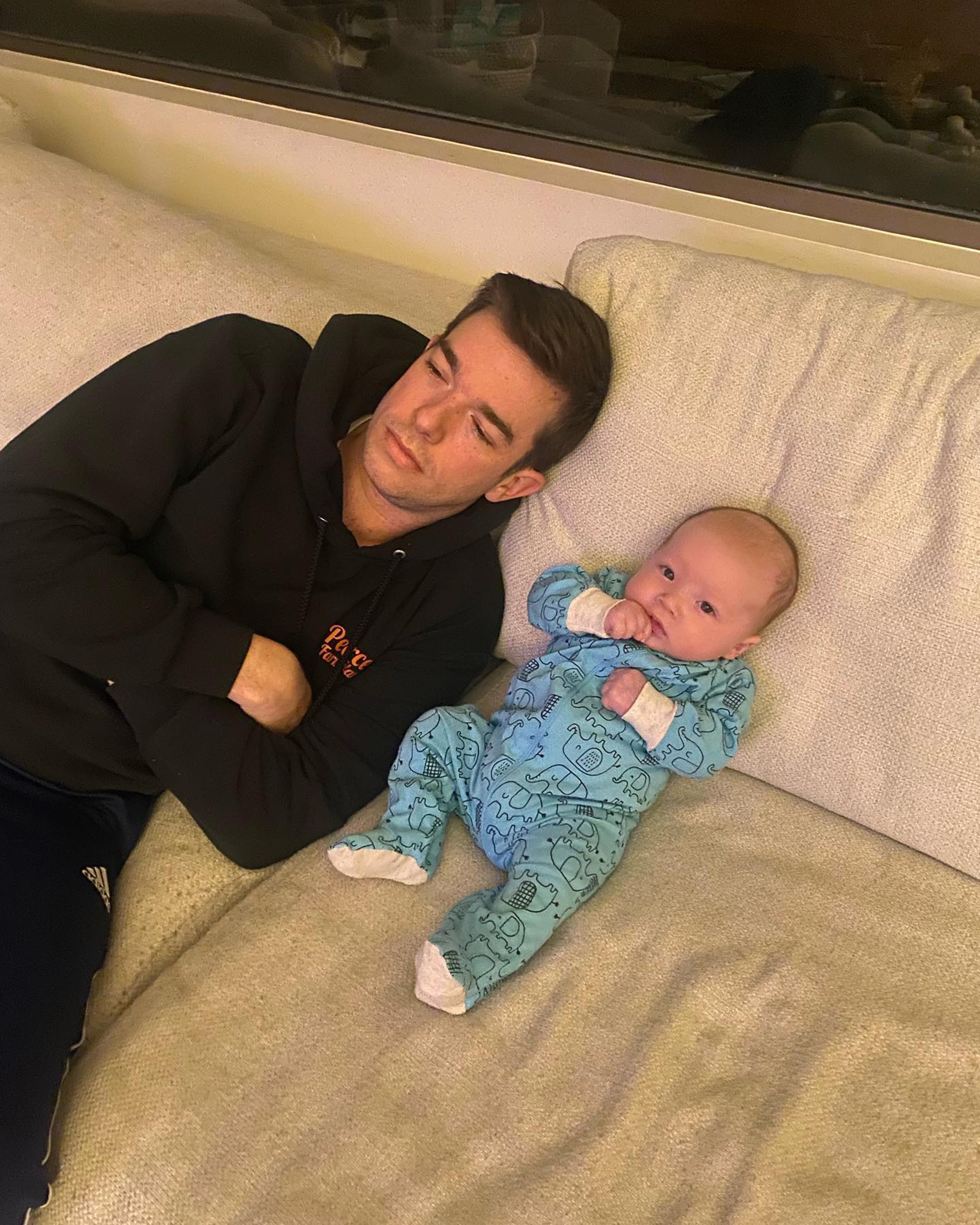 Mulaney seemed to have a much lighter Mother’s Day, as he posted a selfie with his son and wrote to Munn, “Malcolm loves you so much. He told me. Last week.”