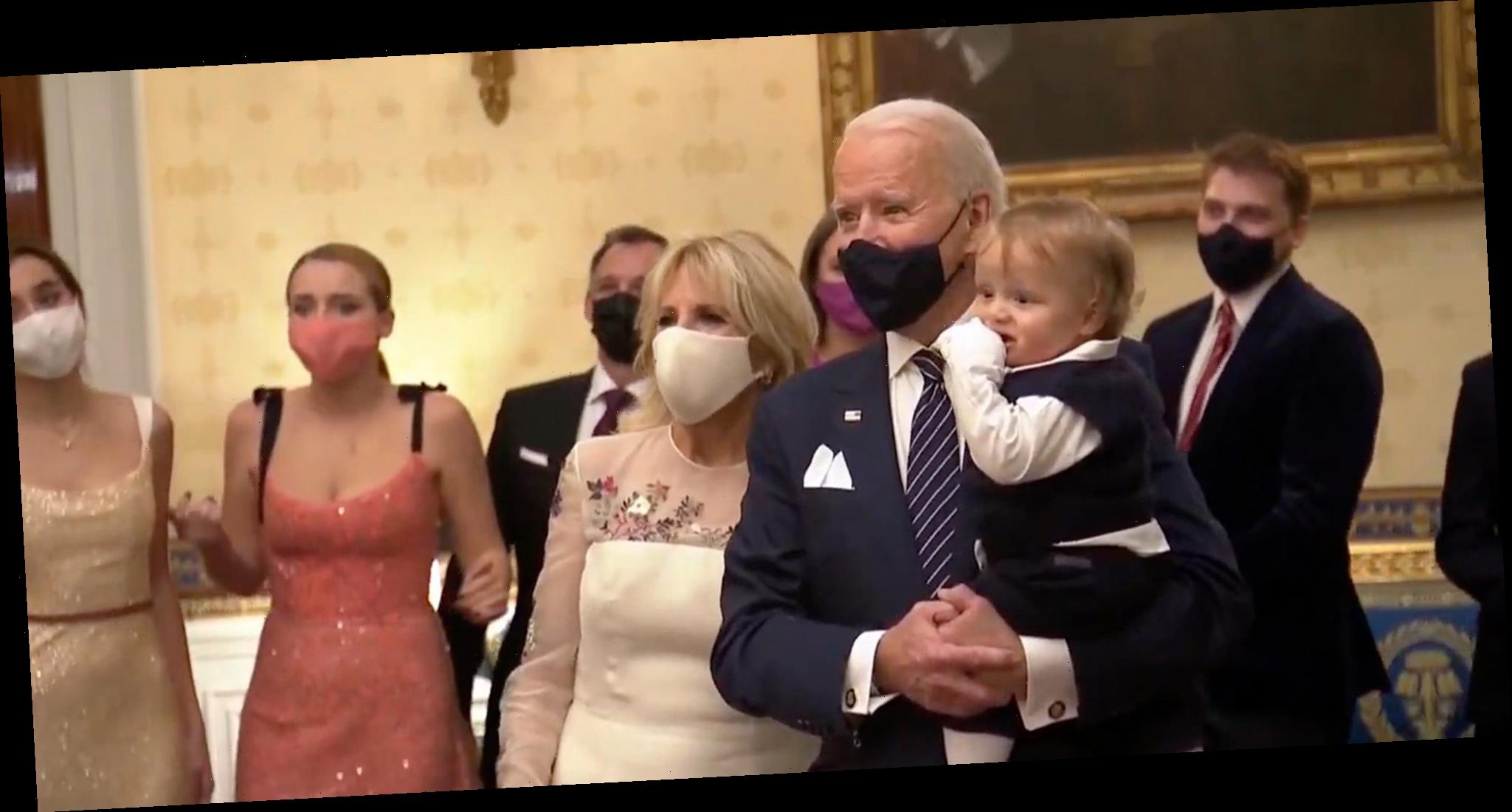 Inauguration Day 2021 brought with it dozens of meaningful fashion moments. From Kamala Harris's purple jacket to Bernie Sanders's sustainable mittens, there was so much to unpack. There was one look, however, that you may have missed if you weren't paying close enough attention and it's possibly the biggest statement of the night.

For the final event – that replaced the traditional ball – First Lady Jill Biden wore a white dress by American designer Gabriela Hearst. The dress featured sheer long sleeves with embroidered flowers that, according to the designer, reflected "the federal flowers from every state and territory of the United States of America." A fitting sentiment after her husband's speech that emphasized unity. If representative embroidered flowers sound familiar to you, that's because it was a feature on Meghan Markle's wedding veil in 2018. Clare Waight Keller included flowers of the 53 countries of the Commonwealth on the trim of the duchess's veil. While the gesture wasn't received well by everyone – some people felt it may have glorified colonization – it seems the idea stood out.

Earlier, in the day, Dr. Biden wore a dress and jacket from N.Y.C.-based label Markarian, designed by Alexandra O'Neill. It was a signal that the first lady may continue to use her style to tell stories and support up and coming designers in the U.S.