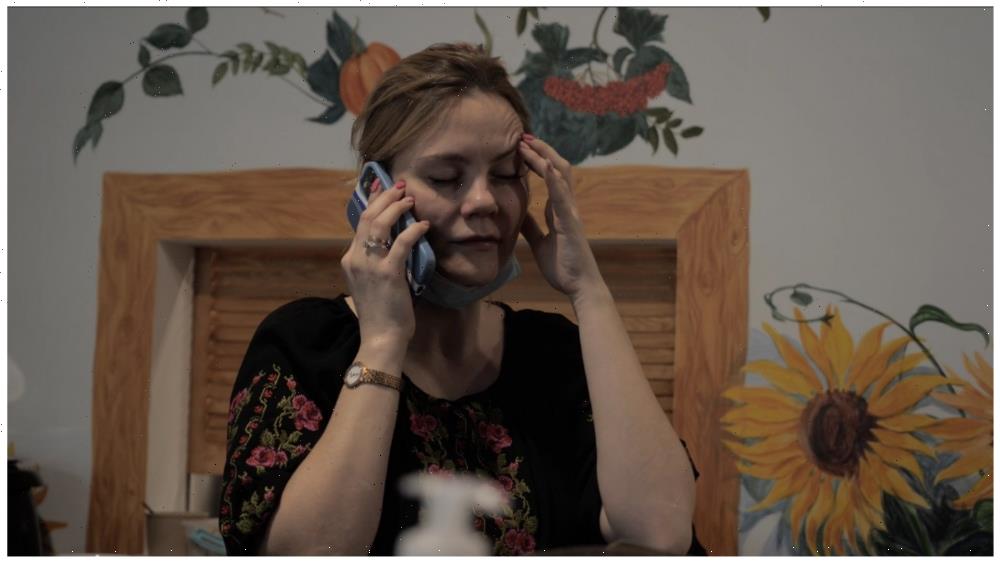 Hushed audiences witnessed footage of the first Russian shells hitting cities in Ukraine on the opening night of the Ji.hlava Intl. Documentary Film Festival on Tuesday as frontline filmmaking was honored.

Oksana Moiseniuk’s “8th Day of the War” screened at the Czech city’s venerable DKO cultural hall after audiences heard from the Ukrainian director via video link from Kiev, which remains under shelling in the eighth month of the war. The film’s diary-like immediacy captures the outbreak of the Russian attacks through the eyes of Ukrainians in the Czech Republic as they try to carry on with a semblance of normalcy, while their minds are consumed with the events taking place back home and they try to help any way they can.

Solomon, recalling the long history of international co-productions in the region, commended the Czech Republic as one of the most active partners making such films possible, saying such teamwork “speaks to what a united Europe means.”

The APA award annually recognizes an outstanding contribution to film production, going this year to the producer of more than 60 titles including “I Do Not Care If We Go Down in History As Barbarians” by Radu Jude, winner of the Karlovy Vary fest Crystal Globe in 2018, 2015 Berlin Silver Bear winner “Aferim!” and 2013 Golden Bear winner “Child’s Pose” by Calin Netzer.

She has worked with celebrated Romanian filmmakers including Cristian Nemescu, Ivana Mladenovic, Alexandru Solomon and Răzvan Rădulescu, and was executive producer for Maren Ade’s “Toni Erdmann,” among other credits.

The Ji.hlava fest audience prize for best short film in the Short Joy section, chosen by online viewers at the platform DAFilms.com, honored “Blue Bed,” an intimate insight into the relationship of a loving couple, by Belgian director Lize Cuveele.

The Ji.hlava fest, the largest event of its kind in Central and Eastern Europe, runs through Oct. 30, with nearly 400 titles screening and some 97 world premieres.