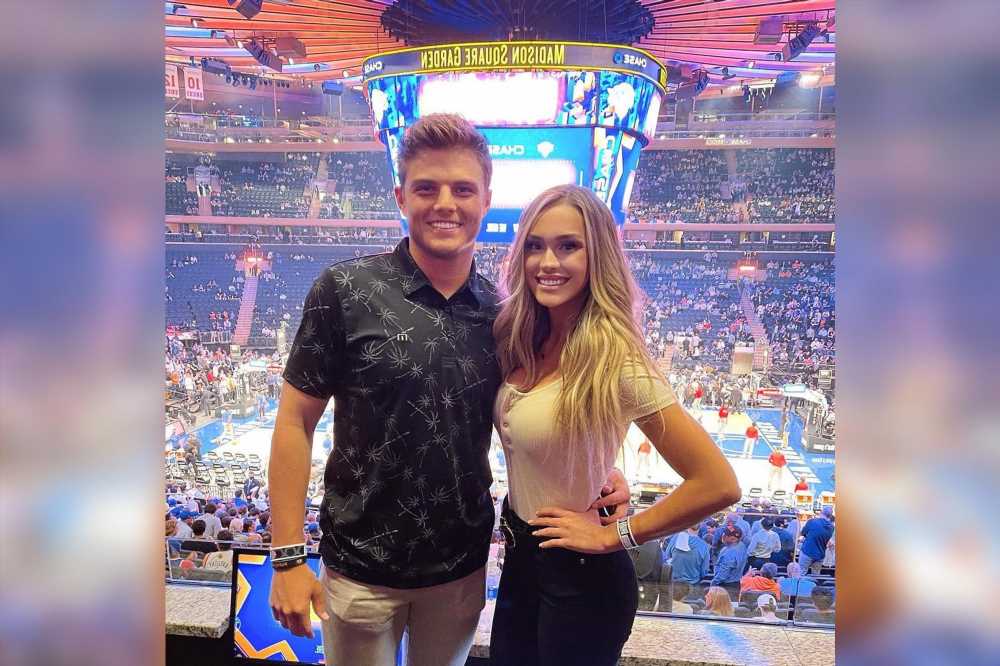 The longtime couple hit Madison Square Garden for Game 5 between the New York Knicks and the Atlanta Hawks in the first round of the 2021 NBA playoffs.

“These fans can bring some energy! @nyknicks,” Wilson captioned a cozy Instagram snap of himself and Gile.

Wilson, the second overall pick in the 2021 NFL Draft, also appeared on the Jumbotron and received cheers from the Garden’s crowd.

Although the Knicks’ playoff run came to an end with a 103-89 loss to the Hawks, Gile still had “the best night” with Wilson, 21. 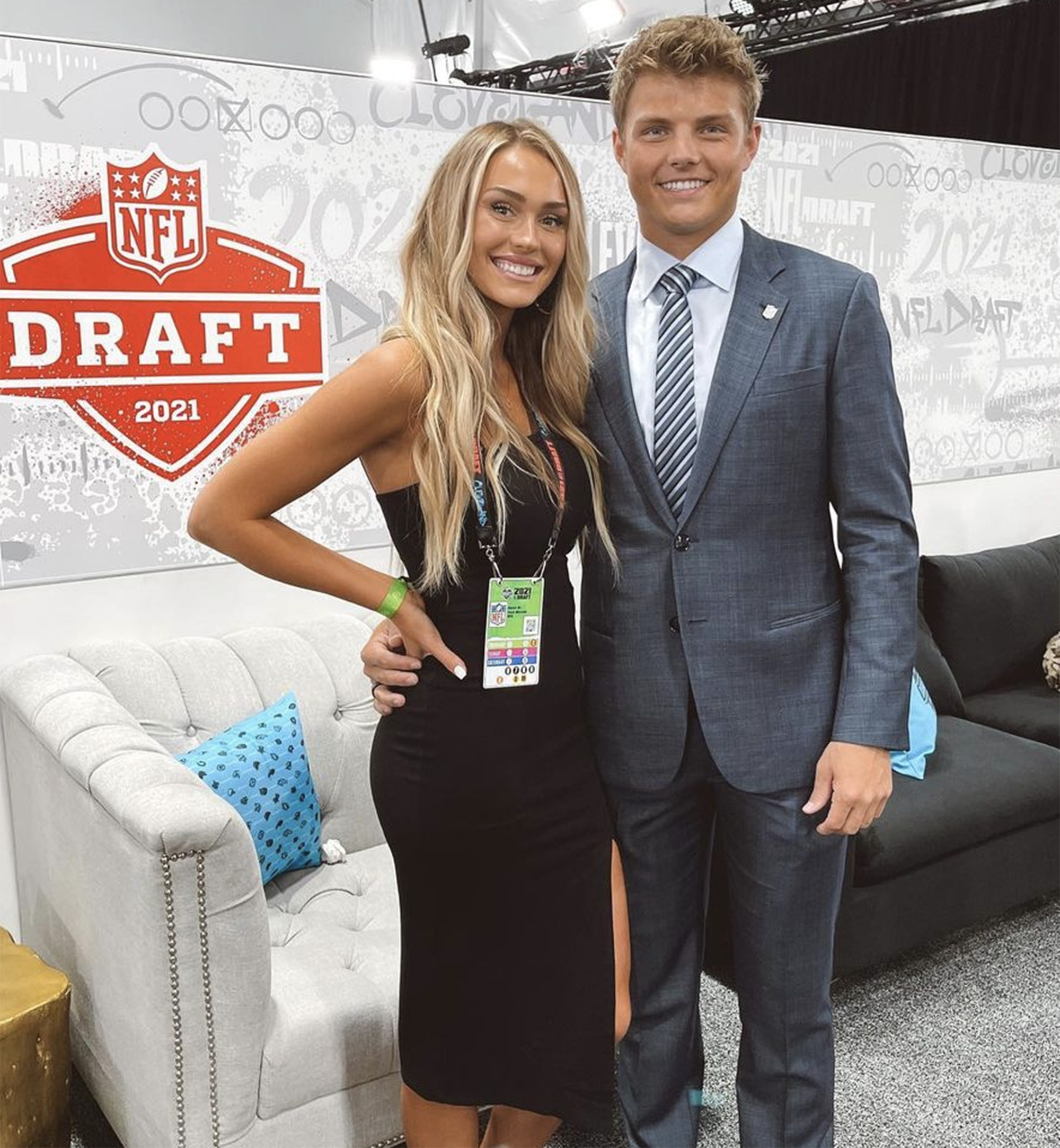 During the first night of the 2021 NFL Draft, Wilson and his loved ones, notably mom Lisa, became breakout stars on social media. Gile was also in attendance for Wilson’s big night in Cleveland and later celebrated with an Instagram tribute.

“Still can’t wrap my head around this moment. Feeling so blessed to have been a part of his journey since high school,” Gile gushed at the time.

“Zach has worked so hard to be here and he made his dream reality. Nobody loves the game like this boy and he’s going to give everything he can to New York. I guess all the date nights watching film were for something😉 I love this boy!” she continued.

Gile and Wilson have been linked since they were teens.

Wilson, who grew up in Utah and played football at Bringham Young University, has started to adjust to his new life on the East Coast, specifically driving in New Jersey.

“There’s definitely some aggressive drivers here. That’s for sure,” Wilson said in late May “Getting used to that, getting cut off about everywhere you go.”