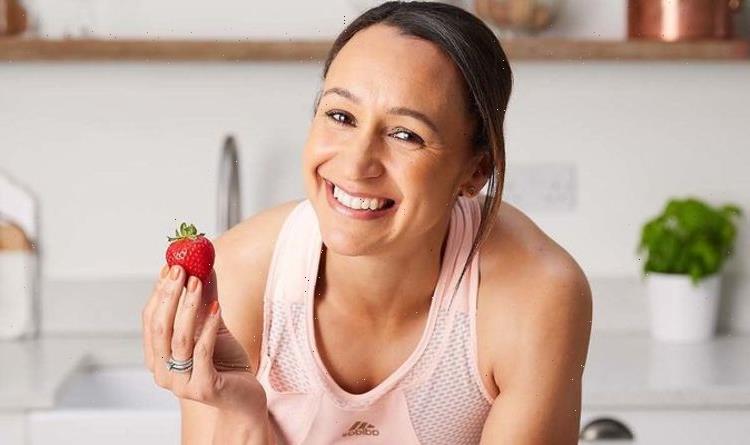 Now, nine years on from that success at London 2012 things have changed – and she admits she’s not in control. And for that you can blame…children! It will be five years in October since she retired from athletics. But she says she doesn’t miss trying to micro-manage every aspect of her life, from diet to sleep. And now that she is a mum to Reggie, six, and Olivia, three, Jessica has learned that children are not predictable – and it has taught her to be patient.

“Being a mum has changed me in lots of different ways,” she confesses.

“Like every new mum you don’t fully know how you’re going to feel once you’ve had kids. But I think you become a new person in a way, or a better version of who you were before.

“When I was in an athletic world, I tried to control all elements of my life like my training, my diet, nutrition and eating and sleeping at certain times. But when you have kids, you learn they aren’t predictable and you can’t control everything. Of course, I do miss elements of athletics. When I see the girls lining up on the track and remember the adrenalin rush – that feeling of being about to compete is amazing. But I had a good few years of pressure and expectation and it was quite a stressful time. It was a relief in many ways to become a parent when I did and I’ve learned so much.

“It kind of enriches who you are and it changes your perspective completely. 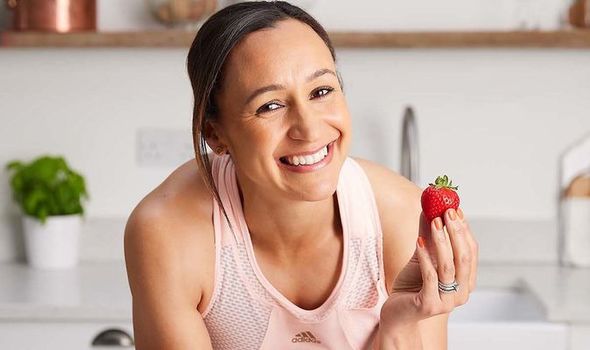 “There are so many different elements that come into play when you become a mum and you see the world in a slightly different way.” A three-time world champion and the 2010 European champion, Jessica, who is looking forward to being part of the BBC’s presenting team for the Tokyo Games this summer, recalls how she struggled to remain a professional athlete after Reggie’s birth in 2014.

However, she still staged a successful comeback in 2015 when she won the heptathlon at the Beijing World Athletics Championships and silver at the 2016 Rio Olympic Games before announcing her retirement in October 2016.

“When I had Reggie, I was still very focused and wanted to be the best mum I could be,” she recalls.

“I also wanted to finish the last part of my career and for my son to see me in that last phase.

“I wanted to do two more years and to get one more Olympics, but I had lots of problems with my right Achilles.

“Having a baby and coming back was extremely tough on the body and it was really, really mentally challenging. 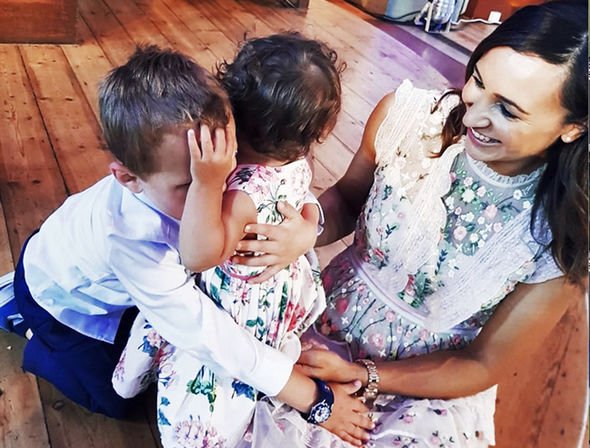 “I decided then that it was the right time to retire. My motivation wasn’t what it was and I wanted to do something different. But the main thing was I went out on high.”

Jessica is still competitive but says her children may have overtaken her in that respect: “I am competitive and it will always be in my nature to be honest. My kids are definitely a product of me and in fact are way more competitive than me – to the point where it drives me a bit mad.

“They are so competitive with each other, and they always want to win – whether it’s about who is going to brush their teeth first to who gets upstairs first to who’s going to open the door first.

“They see competition in everything and Reggie is terrible for it.

“They want to be right all the time and now they’re at the age where they bicker a bit. But I think it is a good quality to have – once you channel it in the right area who knows what you can achieve.”

In lockdown, Jessica worried about how her children would cope mentally, but says that exercise, including going for a run with her son Reggie twice a week, definitely helped.

She said: “I keep going back to the start of lockdown and thinking, ‘Oh, my gosh it was so bizarre’. There have definitely been good and bad days over the past 15 months.

“Trying to home-school the kids and to keep them entertained has definitely been my biggest challenge. Like any parent I
was always worried about if they were doing the right learning and if they were going to be OK socially.

“So I had all of those worries and stresses going around in my head a lot of the time.

“I didn’t want them to get behind and lose any of the confidence they’d already built up with their learning.

“But Reggie and I would go out and do a 5k run together about twice a week, and that was a really, really nice bonding time between us.”

Jessica admits that while Reggie is very active, she will never put pressure on him to become a professional sportsman. 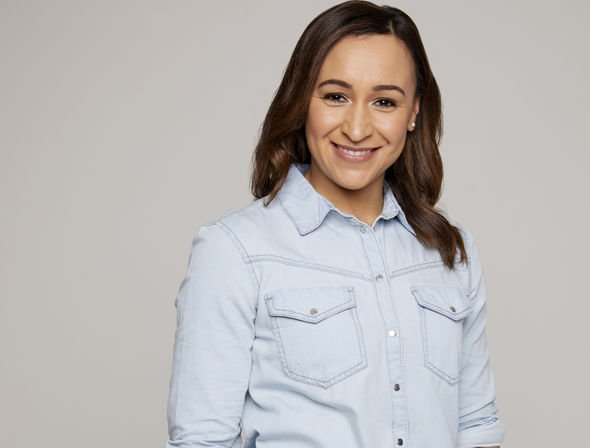 “He loves running, tennis, golf and swimming and when he is out on the climbing frame trying to do pull ups, it kind of blows my mind,” she marvels.

“It’s nice to see him take interest in that side of life – who knows, he might find his way in sport and he might not.

“I don’t know if he is going to be an Olympian. I don’t want to give him that pressure. I would probably steer him in the direction of other sports as opposed to
athletics so he can find his own way.”

As well as joining the BBC as part of its presenting team and fronting Berry Gardens’ new soft fruit campaign, Jessica admits she could never fit any more children into an already hectic schedule. And she doubts if she will ever be like her good friend, former athlete Denise Lewis, who had her fourth child at 46.

“I feel old. I am 35 and it’s not young to have children either,” she laughs.

“Me and my husband are really happy with having two kids and besides, we have got a new puppy. I couldn’t imagine it.

“I do spend a lot of time with Denise and she had her fourth baby when she was 46. 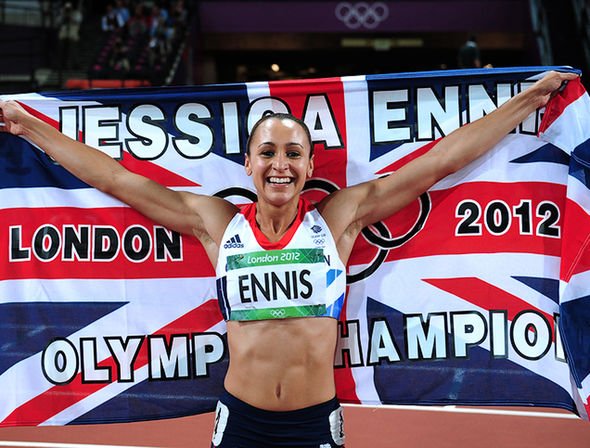 “She is incredible and looks incredible as well. So maybe it can be done, but I will stick with our puppy for now. We’ve got a red fox labrador called Ferne.”

Another person Jessica treasures is her husband Andy, who works in construction. They have been together since she was 18 and last month the couple celebrated their eighth wedding anniversary.

Jessica – who received an MBE in 2011, was appointed CBE in the 2013 New Year Honours List for her services to athletics and then received a dame hood in 2017 – reveals how he has been loyally at her side throughout the highs and lows of her career.

“We met at secondary school and we’ve been together 16 years,” she says.

“He wasn’t my first boyfriend but he was my first proper love. He’s been such a huge part of why I was able to be so successful.

“He was there with me from the start, before I had ever won anything and it was a journey we went on together. He understood how much I had to train and compete. 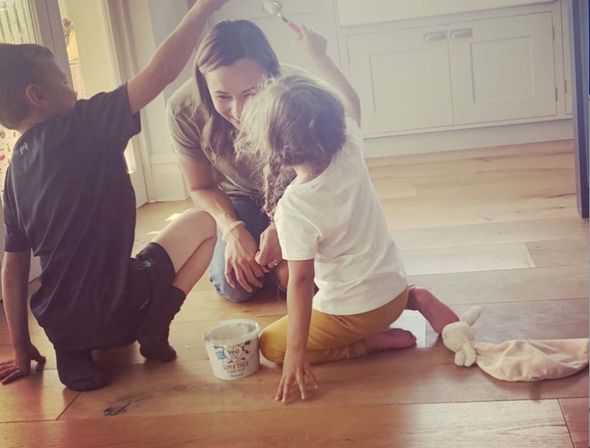 “And then when I started winning medals and had a bit more attention, he handled it so well and never really wanted to be at the forefront of anything really.

“He supported me and let me get on with it. But you need people like that to help you and it was such a unique time really.”

While sportsmen have gone onto Strictly after their retirement, Jessica reveals she has turned down the offer every year.

In her sporting career she was treated for an ankle fracture that ruled her out of the Beijing Games in 2008 and was plagued with a problem with her right Achilles. She says this is one of the reasons why she has never taken part: “I’ve been offered to do Strictly and I love the show. I watch it every year, but I’m not sure it’s quite for me.

“I don’t think I’m the best dancer and I would be worried about the impact on my ankle.

“I just can’t imagine it. It’s quite full on having to dance in front of the nation every Saturday night – and I’ve spent so much of my life competing.

“I think I’ll leave it to the more experienced dancers!”

● Jessica Ennis-Hill is the new face of the Berry Gardens campaign. For more information, go to berrygardens.co.uk