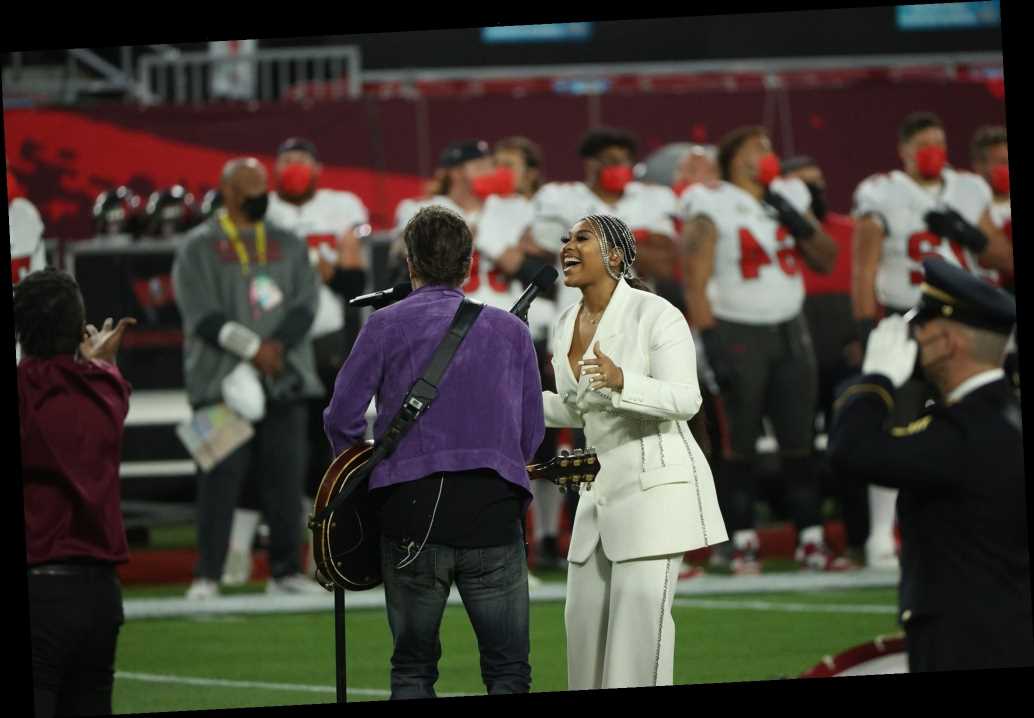 Super Bowl could mark the end of star running back

Chiefs moniker protested at Super Bowl 2021: ‘We are not your mascot’

Oh say can she sing.

R&B singer Jazmine Sullivan, 33, joined country singer Eric Church, 43, in belting out the National Anthem at Sunday’s Super Bowl 2021 in Tampa, Florida, giving a soulful start to the matchup between the Tampa Bay Buccaneers and the Kansas City Chiefs.

Church, wearing a purple denim jacket, began the anthem, playing along on a guitar. He handed the second verse off to Sullivan, wearing a classic white suit and crystal headpiece before the two finished off the emotional performance together.

The Super Bowl 2021 anthem time of Sullivan and Church’s performance — a popular topic for online betters — came in at 2:24 by many counts.

Church and Sullivan’s duet joins the ranks of some of the best National Anthem performances of all time — but of course couldn’t come close to patriotic pipes of Ms. Whitney Houston.

The “Star Spangled Banner” wasn’t the only entertainment to rally up the crowds. Prior to the anthem, Grammy award-winning singer-songwriter H.E.R., 23, sang “America the Beautiful,” strumming along on a silver electric guitar.

And before the festivities officially began, Grammy-winning singer Alicia Keys, 40, sang a reflective tribute to black lives in a pre-recorded segment. The song, “Lift Every Voice and Sing,” is often referred to as the “Black National Anthem” and was written by NAACP leader James Weldon Johnson.