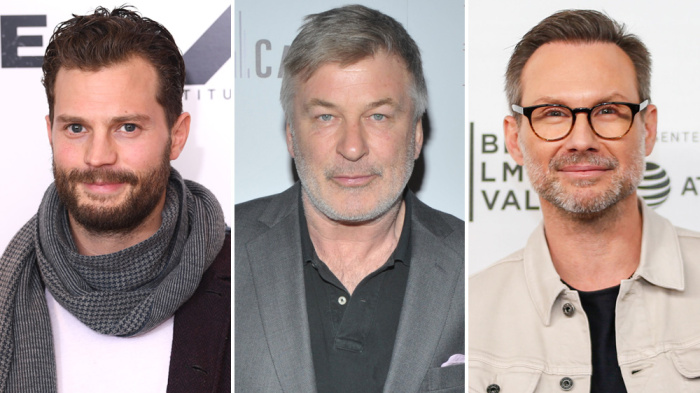 Jamie Dornan, Alec Baldwin, and Christian Slater will all star in the series, which is based on the Wondery podcast of the same name. UCP in the process of shopping the series to networks and streaming services.

“Dr. Death” is based on the true story of Dr. Christopher Duntsch (Dornan), a rising star in the Dallas medical community who was building a flourishing neurosurgery practice. But patients entered his operating room for complex but routine spinal surgeries were left permanently maimed or dead. As victims piled up, two fellow surgeons and a young Assistant District Attorney set out to stop him.

Baldwin will play neurosurgeon Robert Henderson. described as quiet, deliberative and methodical, Robert believes wholeheartedly both in the system in which he rose through the ranks and that anything worth doing shouldn’t be rushed. It should be gotten right.

Slater will play vascular surgeon Randall Kirby, who is described as brash, impulsive and more than willing to burn that system to the ground in the name of justice. Together, they form a duo who will constantly be at odds in terms of their personalities and their methods, but on the exact same page as it relates to their endgame.

Dornan’s previous TV credits include shows like “The Fall” and “Once Upon a Time.” On the film side, he is known for roles in projects like “The Siege of Jadotville,” the “Fifty Shades” franchise, and “A Private War.” He also starred in the Emmy-nominated HBO movie “My Dinner with Hervé” alongside Peter Dinklage.

He is repped by UTA, Troika, and Sloane Offer.

Baldwin has won three Emmys throughout his career — two for his role as Jack Donaghy on the NBC comedy series “30 Rock” and another for his portrayal of President Donald Trump on “Saturday Night Live.” He is primarily known for his film work, starring in “The Hunt for Red October,” “Glengarry Glen Ross,” “The Aviator,” “The Departed,” and “The Cooler,” the last of which earned him a best supporting actor nomination in 2003.

He is repped by CAA and Cavalry Media.

Slater currently stars in the UCP-produced series “Mr. Robot” on USA Network, for which he won a Golden Globe in 2016. The show will return for its fourth and final season later this year. Slater’s film credits include “Heathers,” “True Romance,” “Interview with the Vampire,” and “Broken Arrow.”

He is repped by UTA.

This marks the latest Wondery podcast to get the series treatment from UCP. The studio has previously adapted the podcasts “Dirty John” and “Homecoming” for Bravo and Amazon respectively,” with both of those shows receiving two season orders from the outset. “Dirty John” will move to USA Network for its upcoming second season.

Wondery and Warner Bros. Television are also currently developing a series based on the podcast “Over My Dead Body” with Elizabeth Banks for HBO Max.