Teresa Giudice put the ‘real’ in an ‘explosive’ ‘RHONJ’ reunion

Jackie Goldschneider let “karma” do its thing as she watched the sordid past of Teresa Giudice’s now-fiancé, Luis Ruelas, emerged earlier this year.

“I feel like karma kind of came right in and did a little work and I just got to sit back,” the “Real Housewives of New Jersey” star exclusively told Page Six in an interview Thursday while promoting her partnership with Neolastin skincare.

“Teresa clearly spread a rumor [about me and my family] and now there’s a barrage of rumors about the person that she loves,” Goldschneider, 45, added.

“I don’t want anything bad for Teresa,” insisted the Bravolebrity, who, on the last season of “RHONJ,” was was forced to defend her husband, Evan Goldschneider, against unsubstantiated gossip about his alleged infidelity ignited by Giudice, 49, at the businessman’s own birthday party.

”I think she’s getting a taste of it now,” Jackie noted.

Goldschneider’s chat with us took place moments before news of Giudice’s Greece engagement to Ruelas broke. 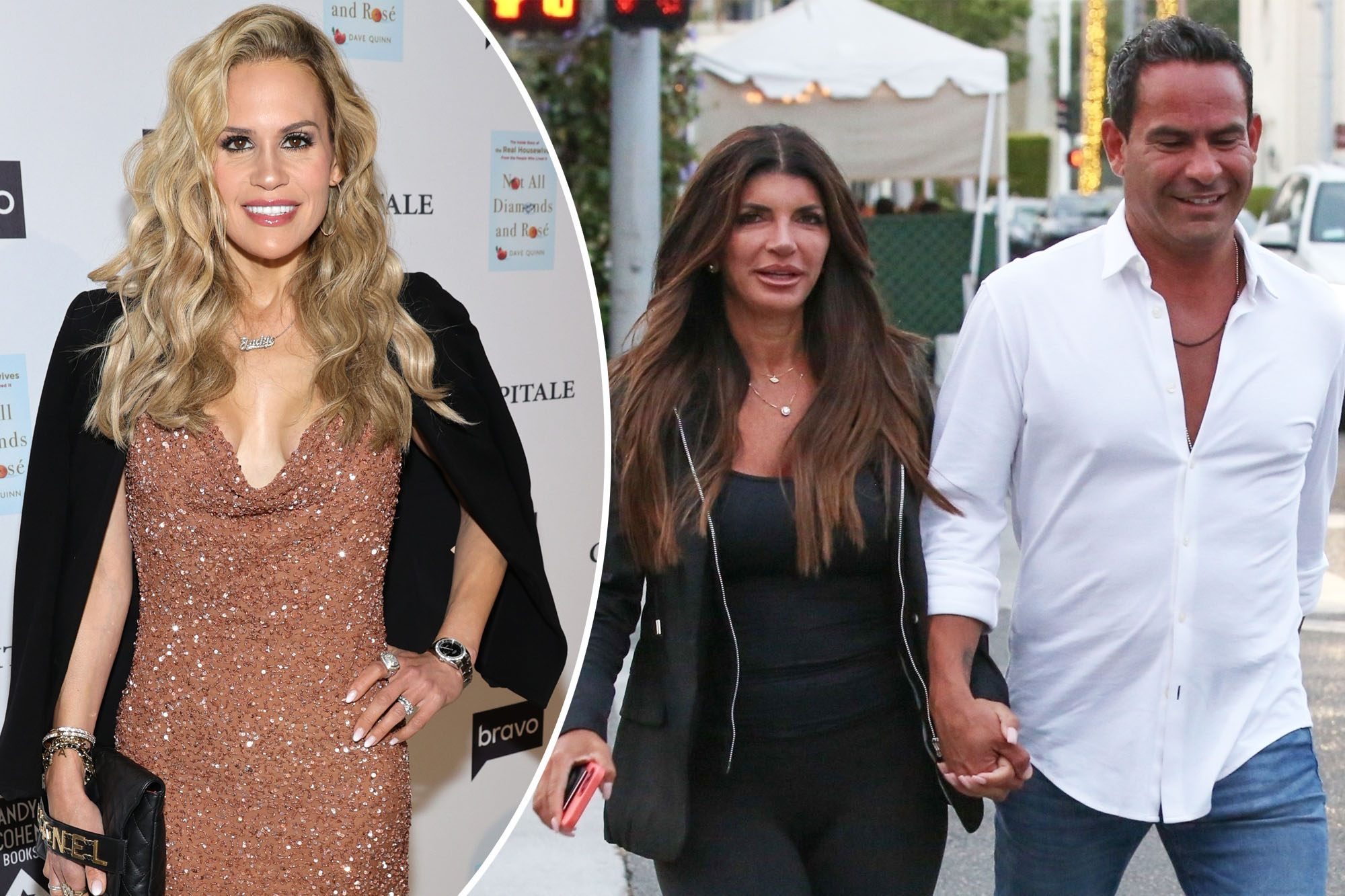 In April, Page Six exclusively reported that Ruela’s ex-fiancée Vanessa Reiser filed legal action against him when their relationship ended in 2020, claiming he would become incensed if they didn’t have enough sex. The lawsuit was eventually settled out of court for undisclosed terms.

That same month, a police report obtained by Page Six revealed that Ruelas, 46, was charged with simple assault following a road rage incident in Allendale, N.J., in August 2018.

While she can’t help but consider karma’s role in the revelations about Ruelas’ past, Jackie told us that she is rooting for Giudice as she prepares to walk down the aisle for a second time. The pair began dating in July 2020 amid the “Skinny Italian” author’s divorce from husband Joe Giudice after 20 years of marriage.

“Only Teresa knows what happens behind closed doors. So we can read everything we want, but if she’s the one spending all this time with him and she’s comfortable with him and she thinks that he’s a great guy, then you have to let everybody live their own lives,” said the mom of four, who shares two sets of twins, Adin and Jonas, 13, and Alexis and Hudson, 10, with Evan, 47. 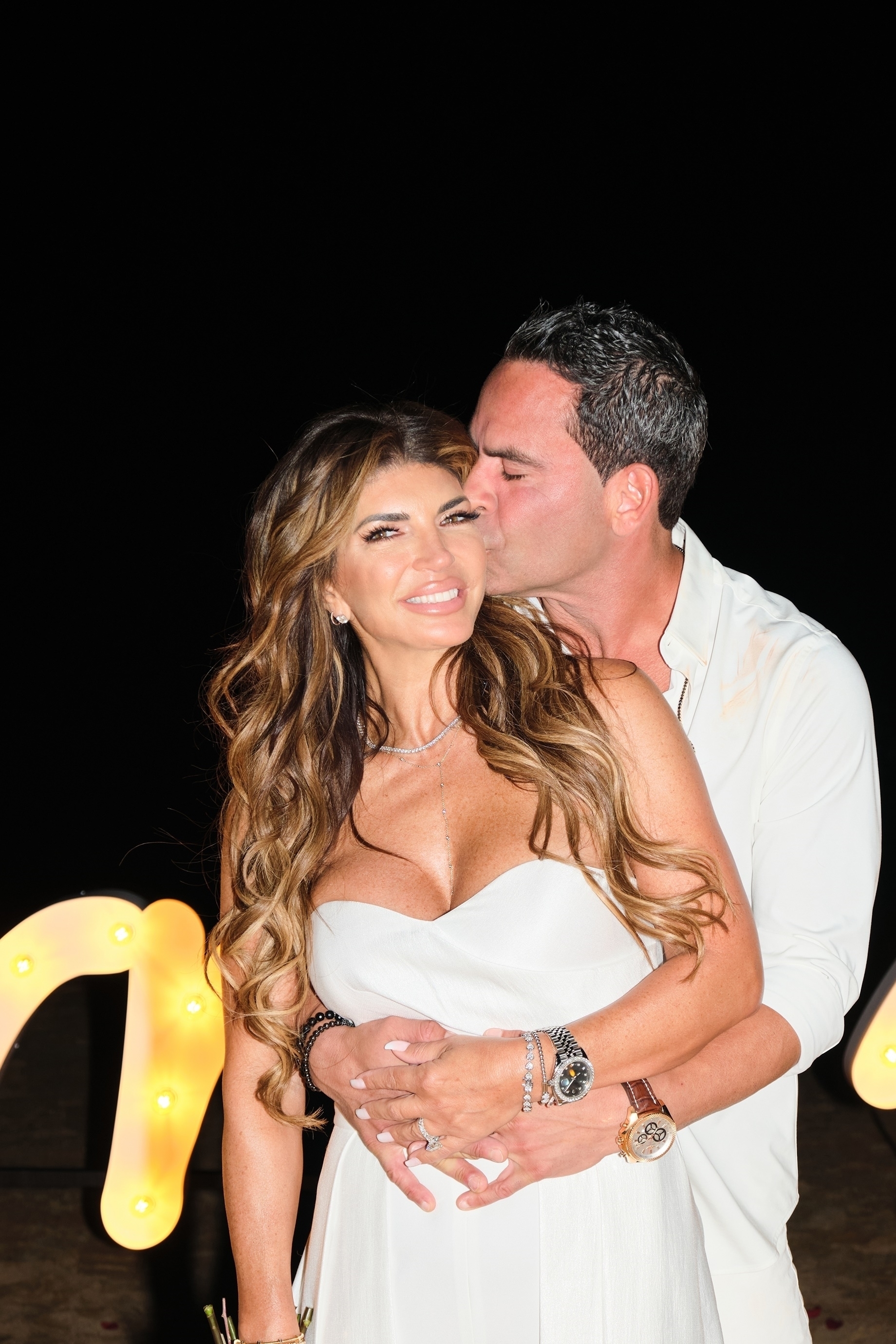 “For me, I don’t know how comfortable I would be if there were a lot of stories about someone’s past. But people change, so I don’t know,” Jackie continued. “She’s the one that knows him better than anyone, so you have to trust her judgment.”

The former litigator went on to acknowledge that Teresa is a “grown woman” and surmised that nothing “dangerous” has occurred in their relationship thus far. “They’ve been together for a while now,” she said. “So I’m just going to let her do her thing and not worry for her.”

Jackie also explained that Teresa’s table-flipping persona has retreated after finding love with Ruelas, with whom the latter “Housewife” recently moved into a new $3.3 million New Jersey home.

“Without giving anything away, [we’re seeing] a less explosive Teresa, for sure,” she said.

Asked where she and Teresa stand today after a tumultuous Season 11, Jackie told us that she didn’t “want to give anything away” about the status of their friendship.

Teasing a forthcoming season with “more drama” than ever before, she elaborated, “I really want nobody to have any preconceived ideas when they come into the current season. I’m not going to answer that. I’m going to plead the fifth!”

Jackie did, however, reveal that their men have become quite close within the past year.

“[Evan is] really close with all the guys,” she said. “He actually talks to Louis all the time, too. They did play golf that one time … They just like each other. They’re both finance guys. They like each other a lot.”