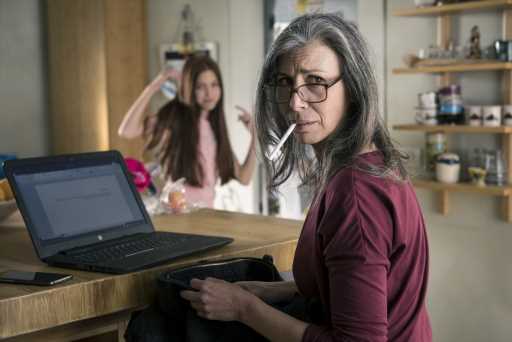 Fifty is an eight-part series from Endemol Shine Israel that tells the story of 49-year-old widowed screenwriter Alona Nachmias, played by Ilanit Ben-Yaakov who is struggling to raise her three children; 22-year-old Carmel, 17-year-old Yali and 11-year-old Shira.

Alona has two important goals to achieve before she turns 50. Firstly, to sign a development deal for a comedy series she wants to write about 50-year-old women. Secondly, to have sex. By the end of the season she achieves one of these.

Created and written by Hedaya, the series is directed by Levine and stars Ilanit Ben-Yaakov, Dudu Elharar, Guy Arieli, Ofri Prishkolnik, with a guest spot from Guri Alfi. Endemol Shine will distribute internationally and holds the format rights to produce or license local versions of the show around the world.

Hedaya said, “Fifty is inspired and fuelled by the charged particles of my life as a writer and a single mother by choice, of three children. The single part was not by choice, but the kids were. Everyone admires me for my courage, but truth is I was probably just exploring new methods of self-destruction. When I turned 50 I decided to let nature do the job, so that I can sit back and enjoy being an aging dysfunctional parent.”

Amir Ganor, CEO of Endemol Shine Israel added, “Fifty is about a woman who would rather drop dead than embrace “The Change” and who believes that characters that embrace things should not be on TV to begin with. “We saw the potential from the very beginning as Yael Hedaya encapsulates the internal conflicts of a time that often feels like the bad remake of adolescence, only this time there’s no one to rebel against. This darkly funny series will resonate with audiences anywhere and with such excellent Israeli talent both on and off screen, we are confident it will be a sure-fire hit.”