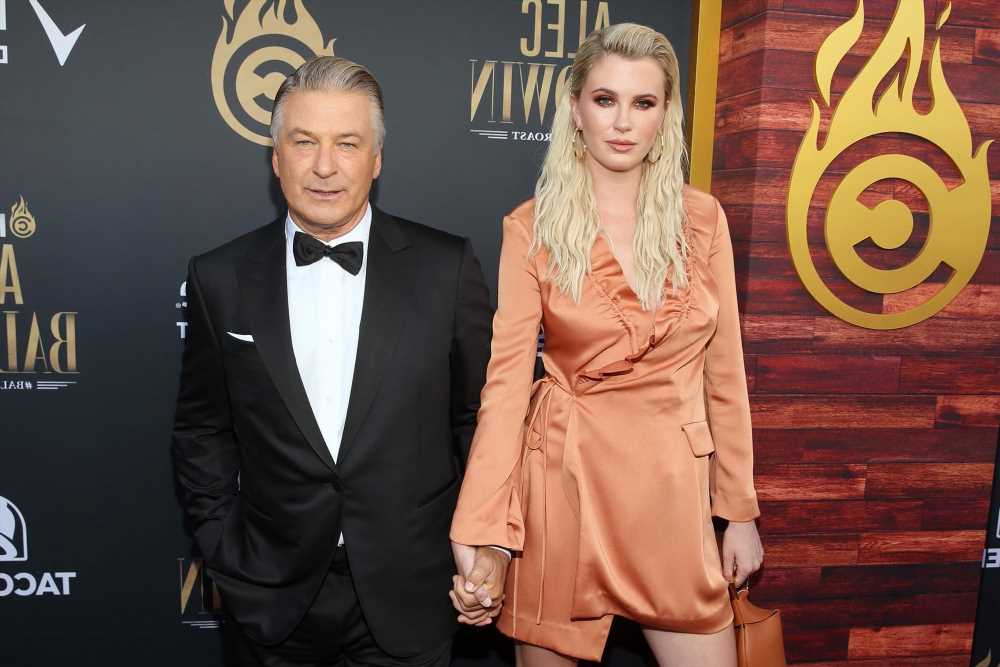 “Amongst some of the most abhorrent and threatening comments, emails, text messages, and voicemails I’ve been getting… this beautiful comment stands alone,” Ireland, 26, wrote in a post shared to Instagram on Thursday.

Ireland included a screenshot from Tracey Nolan, a woman who once worked for the Toronto production office that handled one of Alec’s “Thomas the Tank Engine” movies.

“I’d dealt with typing up some pretty goofy celebrity riders in my day but NOT your dads,” the woman recalled. “He only wanted to make sure he had milk and cereal in his hotel room for when his daughter was visiting. That was it. That was the whole rider. I’ll always remember that.”

Ireland shared the memory to exemplify the kind person Alec is, telling critics of her father, “I know my dad, you simply don’t. I love you, Dad ❤️.”

Alec, 63, has been dealing with backlash after fatally shooting cinematographer Halyna Hutchins while firing a prop gun on the set of his new Western film, “Rust,” at Bonanza Creek Ranch in Sante Fe, New Mexico, on Oct. 21. Director Joel Souza was also injured in the incident.

Last Thursday, Alec — who is also a producer on the film — was practicing a “cross draw” with a revolver. He was told the prop gun had no live ammunition when it suddenly discharged, hitting Hutchins in the chest and Souza in the shoulder. 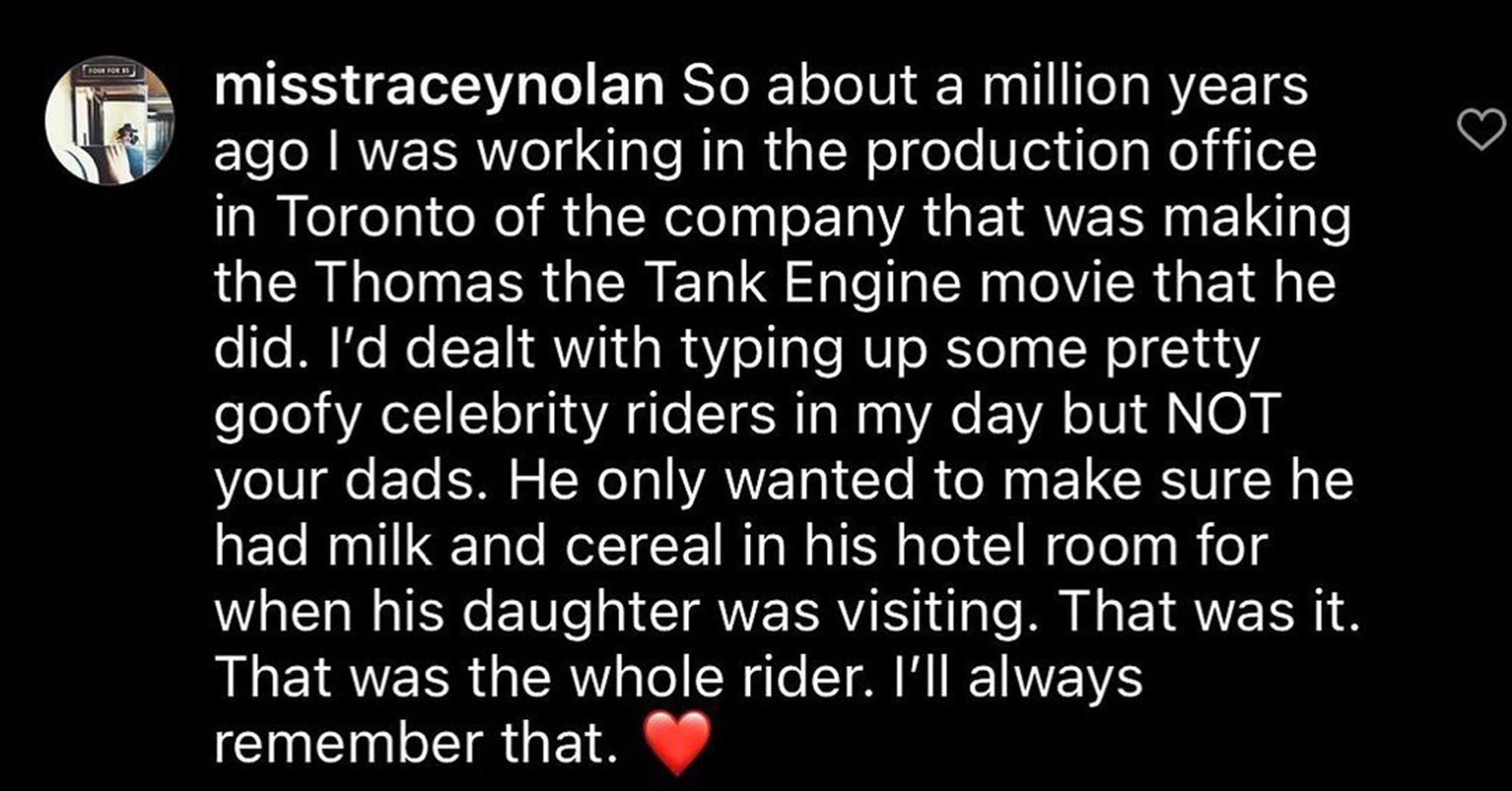 While no one has been arrested in the deadly shooting, criminal charges have “not been ruled out” as the investigation continues.

Alec previously spoke out about the tragedy via Twitter, saying his “heart is broken.”

“There are no words to convey my shock and sadness regarding the tragic accident that took the life of Halyna Hutchins, a wife, mother and deeply admired colleague of ours,” he wrote. “I’m fully cooperating with the police investigation to address how this tragedy occurred and I am in touch with her husband, offering my support to him and his family.”

Alec’s niece, Hailey Baldwin, has also shown her support, saying, “I am absolutely heartbroken for everyone involved.”

His wife, Hilaria Baldwin, also broke her silence on the matter via Instagram.

“My heart is with Halyna. Her husband. Her son. Their family and loved ones. And my Alec,” she wrote. “It’s said, ‘There are no words because it’s impossible to express shock and heartache of such a tragic accident.’ Heartbreak. Loss. Support.”