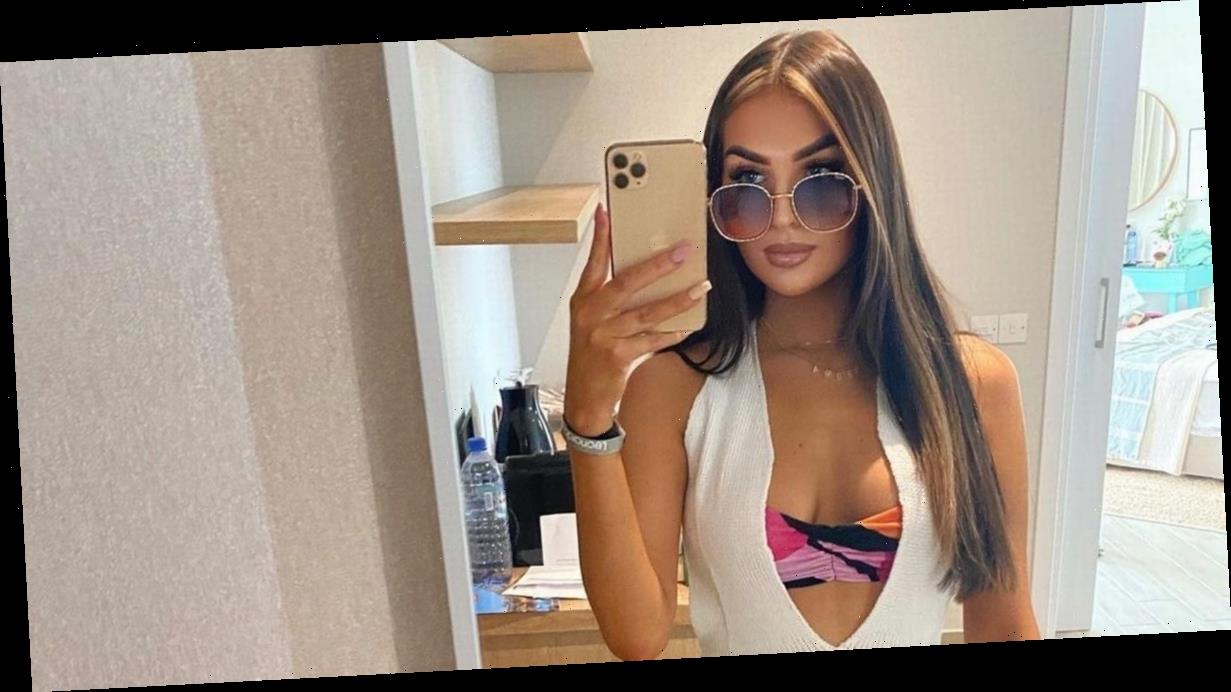 An Instagram star was horrified to find out someone was passing off her pictures as their own.

Amber Phillips, from London, found out a stranger was using her snaps on dating apps.

If that wasn’t creepy enough, the catfish Photoshopped a different head onto the blogger’s body to make the images look more realistic.

The influencer, who has 443,000 followers, only found out someone had stolen her snaps when a Hinge user reached out to her.

They sent her a direct message, which reads: “Sorry this is so random but so creepy… I spoke to a girl on Hinge for a while and have always been very good at spotting a catfish.

“But f***ing hell. Someone has seriously Photoshopped your photos and it creeped me out.”

He added: “I followed you already and somehow noticed that your picture matches hers.

“If you see this sorry in advance.

“This is not something I’ve ever done but had to send it to you.”

Amber was understandably disturbed by the realisation.

She shared screenshots of the catfished photo on Twitter and added: “How creepy WTF.”

The post garnered 54,900 likes and hundreds of comments – and people are worried by how easy it is to be lied to on dating apps.

“It always amazed me that people still do this and think no one will notice.”

Another said: “This is the weirdest thing I’ve ever seen.

“Even your hair is the same but a different colour. Actually scary.”

And a third commented: “Credit to the guy for letting you know. Creepy as f*** to be doing that.

“Almost the same as those horror movies where they cut their face out of a photo and stick it over the guy’s face next to the girlfriend in a picture frame.”

And a fourth added: “The levels people go to these days. That’s absolutely insane.”

Have you ever been catfished? Let us know in the comments section below.