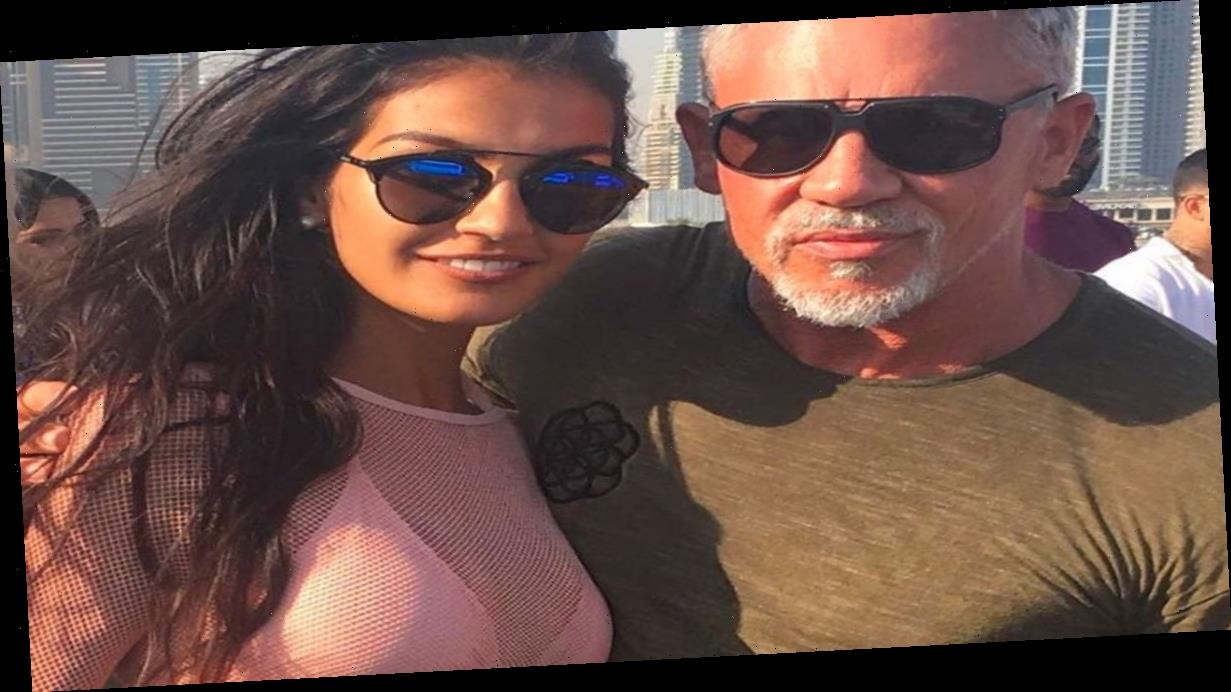 Wayne Lineker is still looking for love after his romance with Billie-Jean on Celebs Go Dating didn't stand the test of time.

The 58-year-old Ibiza club owner once claimed he wanted a girlfriend who was willing to give up her career for their relationship and would cook for him.

But Wayne recently posted two photos of himself and Chloe Ferry posing together in the Celebs Go Dating Mansion and smiling widely on his Instagram page.

And Geordie Shore beauty Chloe, 25, held up her hand to flaunt a massive rock on her finger.

As he shared the snaps with his 633,000 fans, Wayne wrote in the caption: “She said YES! Love you @chloegshore1” followed by a ring and winking face emoji.

Although we cannot be certain if the dad-of-four is joking or not, let's take a look back at his former flames…

Danielle is best known for her appearance on Britain’s Next Top Model in 2013.

She is 31 years younger than Wayne.

They met at his Ocean Beach Club in Ibiza when she was 21, she cancelled her flight home and moved in with him straight away.

The pair were a couple for four years and were even engaged, however, split in 2018.

The model took to Instagram to make the announcement and wrote: "There's no easy way to say this, but unfortunately Wayne and I have decided to end our relationship and wanted it to come from us first.”

Despite no longer being in a relationship, the pair vowed to stay friends as Danielle continued: "I'm so grateful for the love, time and life lessons me and Wayne shared, and the memories we have will always have a place in my heart.

"I wish nothing but the best for him, and we will always be close friends as we do have a special friendship."

Wayne has said he called time on their relationship over her busy career.

"My ex Danielle, for the first years of our relationship she never had a job, she was with me 24/7,"

"But she really got into her career which meant she wasn't at the beach club and it must have been difficult for her.

"I ended our relationship because we couldn't spend the time we used to spend together."

Wayne has previously said that he’s on ‘good terms’ with all his kids’ mums and that they also were friends with Danielle.

“I think it is a Lineker thing. I keep in touch with all my exes. My ex-wife is friends with my fiancée. As are my other sons’ mums,” he said in 2018.

Wayne once dated Love Island star Sophie Gradon before she rose to fame on the ITV show in 2016.

He is believed to have met Sophie while she was on holiday in Marbella, Spain, where Wayne runs his Lineker’s Bar.

Sophie tragically took her own life aged 32 in June 2018.

Sacha married Wayne in 2003 and share one son, Freddie Lineker, but the pair got divorced in 2004.

Tia is an influencer with 492,000 Instagram followers and the founder of fashion brands Sport Luxe and Palms Halt.