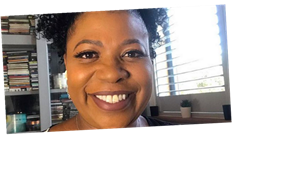 Brenda Edwards is currently lighting up screens on the Loose Women panel thanks to her frank discussions and dry humour.

The singer is fast becoming known for her fiery opinions since joining the ITV show full-time last year, after originally appearing as cover while Linda Robson was away.

As we get to know her on-screen, fans of the show have grown curious about Brenda’s life off-screen, and where she unwinds following a day's filming.

The presenter lives in West London with her 26-year-old daughter Tanisha who recently moved her boyfriend in.

The 51-year-old has said that the decision to allow her daughter to move her boyfriend in was not taken lightly and mainly due to the coronavirus restrictions.

Brenda has said in conversations on Loose Women that she "doesn't think she would have" was it not for the pandemic.

Filming from home for Loose Women during the pandemic has also given fans a sneak glimpse into the former X Factor star’s pad.

The living room appears to be decorated with a pale grey colour palette, and green plants and succulents can be seen on the windowsill, along with photos of her two children.

Her son is SB: TV founder Jamal Edwards who received an MBE for his creation of the online platform that was instrumental in launching stars like Ed Sheeran.

Meanwhile, Brenda has also filmed from her kitchen which is also in keeping with the home's grey colour sheme.

The family live with two ragdoll cats, Tiny and Tempah, whom she fell in love with when the kittens appeared on a Loose Women segment.

Brenda often shares about her beloved pets and during the lockdown she proudly shared the results of trying to train her cats to play fetch.

“So what am I doing on lockdown? I am teaching my Ragdolls Tiny and Tempa to fetch not going too badly so far next I need to get them to bring me the balls back before I do myself an injury on the stairs,” she wrote on Twitter.

However, Brenda landed herself in a spot of bother when she admitted to leaving the cats home alone while she was away on holiday for five days.

After viewers complained, the RSPCA gave their take – agreeing cats shouldn't be left at home for this amount of time.

"It is not acceptable to leave your pets home alone while you’re away even with an automated feeder as if the cat becomes sick or injured there is no-one there to help," they said.