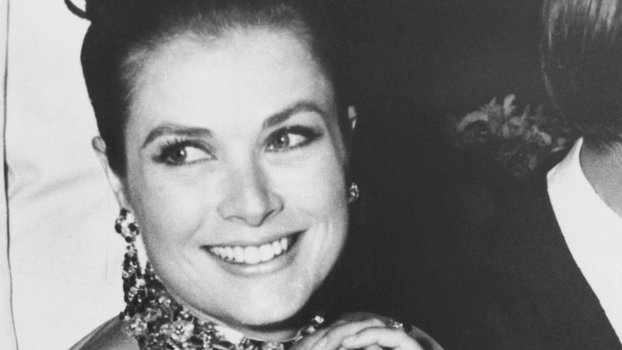 The yearly fête, held at Monte-Carlo Sporting’s Salles des Etoiles, celebrates and benefits Monaco’s Red Cross organization, which has been operating since 1948. It’s held in an opulent open-air venue (the ceiling can disappear!) which sits right on the French Riviera.

Unlike your average gala, Monaco’s charity ball is helmed by literal royalty. So every element of the event — from its meticulous decor to its decadent menu — is fit for a Monégasque monarch. I’m no princess (though my 1-bedroom apartment in Ditmas Park could be considered a palace by Manhattan standards), but I could certainly grow accustomed to Riviera-side four-course dinner parties.

Upon arrival, guests make their way through the pristine foyer and a sea of diamond-decorated women and bow-tie-clad men, as well as a bank of the most well-mannered (and well-dressed) photographers to ever bear a press badge — all outfitted to match the gala’s black-tie dress code.

The event in question has quite the history as well. The inaugural gala was held in 1948, under President Prince Rainier III. A decade later, Rainier relinquished control over the event to his wife of two years, American actress Grace Kelly. Princess Grace presided over the charity ball for the next 24 years, until her tragic death in 1982. Under Kelly’s decree, the gala boasted world-class performers, including Ella Fitzgerald, Josephine Baker, Frank Sinatra, and Tony Bennett. Through the years it also enjoyed guests from Kelly’s Hollywood circles, like Elizabeth Taylor, Gregory Peck, and Michael Caine.

And, naturally, Princess Grace lent her own inimitable glamour and poise to the gala year after year.

And if the menu alone doesn’t have you seeking out a ticket to next year’s gala, perhaps the night’s entertainment will.

As an American-born citizen who just celebrated her 26th Fourth of July, I’ve seen my fair share of fireworks shows, but I’ve never seen anything quite as spectacular as the display that colored the Riviera last Friday evening. The entire show was brief — about a minute or two — but the finale was so unapologetically over-the-top that at its conclusion, I felt like I’d just seen fireworks for the first time in my life. Those 26 Fourth of Julys were just lengthy pre-show to Monaco’s night sky takeover.

Given the impact of the fireworks, it was hard to believe that more was in store for the evening, but alas, John Legend was moments away from taking the stage.

In accordance with the evening’s extravagance, there were some pretty bourgeois prizes being raffled off to the hundreds of guests who paid for a €1,200 (about $1,334) seat at the gala. A $27,700 Audemars Piguet watch was among the prizes, as was a Marcello Lo Giudice painting (his works have sold for up to $150,000 at Christie’s), a Smart Car, and a table for eight at next year’s gala.

Of course, the annual event is more than just an evening of revelry for Monaco’s wealthiest residents. The principality’s Red Cross has been aiding those in need for the better part of a century. Just last year over €4,365,000 (about $4,852,000) was spent on the organization’s humanitarian projects, both foreign and domestic.