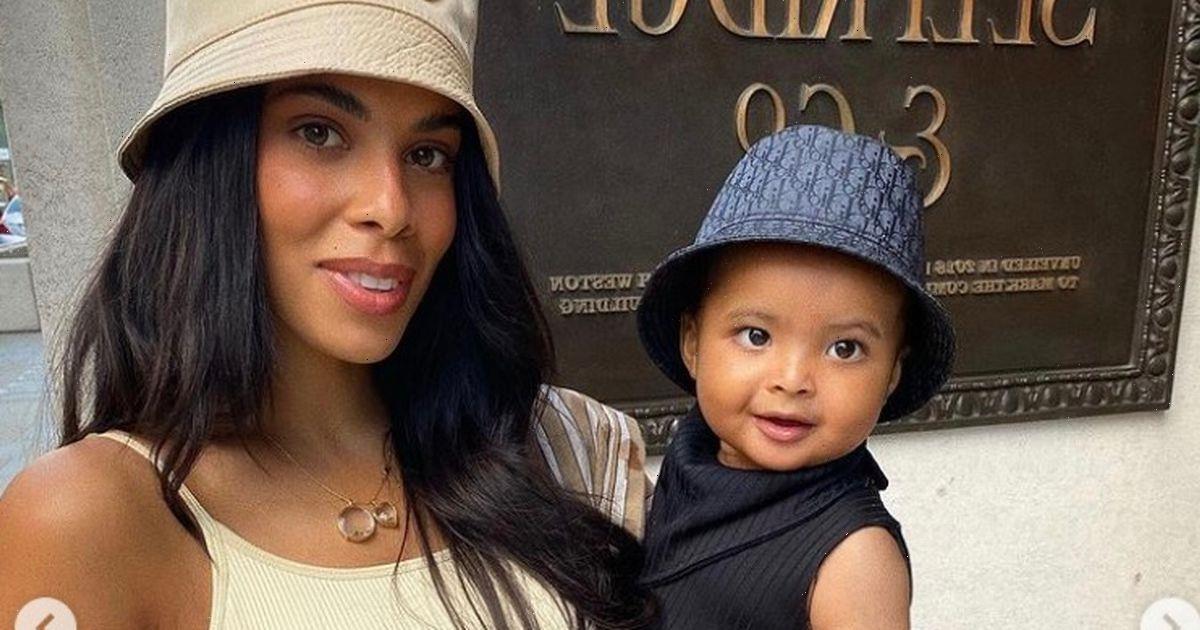 Rochelle Humes has given a sneak peek inside the fun-filled party for her one year old son Blake.

The Saturdays songstress, 32, who recently discussed extensions and revealed that ‘nothing compares’ to her favourite hair mask, took to Instagram to share a glimpse inside the colourful party for her youngest which has the theme of 'Blake’s One-der World'.

Rochelle, who also shares daughters Alaia, eight, and Valentina, four, with JLS singer Marvin Humes, 36, pulled out all the stops for her little boy with huge balloon displays and exciting goodie bags for their guests.

Taking a look inside the party, Rochelle opted for a fun theme of cardboard cutouts in the shapes of rainbows, a giant popcorn, teddy bear, donut and lollipop, captioned: "Welcome to my brain."

We can also see that the ceiling was filled with white balloons to resemble clouds while a two-tier cake covered in cream frosting and multi-coloured fondant was the star of the show.

Meanwhile the mum-of-three also collected a variety of throwback photographs and had a black-and-white collage board made.

The family-of-five also posed in a variety of snaps and donned matching t-shirts with: "Blake's One-der World October 9th 2021. It's my birthday I can fly if I want to."

The brunette beauty also gave a look inside their celebrations at home and surprised Blake with his very own fruit and vegetable stall filled with cuddly toys.

Blake look over-the-moon with the new toy as he sat playing with it in his pyjamas while Rochelle commented: "It's a winner."

It comes after Rochelle shared her dilemma over whether she would choose to get the Covid vaccine for her kids.

The singer, who guest presented This Morning in August with Eamonn Holmes, admitted she couldn't decide what she would do if her children were to be offered the jab.

Rochelle hosted a discussion about the jab alongside Eamonn, with Dr Nighat Arif and TV presenter Beverley Turner battling it out with their opposing views on whether children should be vaccinated.

But although both argued their points strongly, Rochelle was still left undecided on what her own views were.

At the end of the heated discussion, Eamonn said: "Dr Arif, who believes the vaccines are safe and mass vaccination is the best way to keep our children safe and at school, and Beverley Turner there, commentator who doesn't want her children to have the vaccine, thank you both very much for your arguments."

Eamonn asked her: "They've had other vaccines, yeah?" as she confirmed that they had.

Rochelle said: "Mmm…that's your most precious thing in the world, isn't it, so I think…"

Eamonn asked: "But what if they got Covid?"