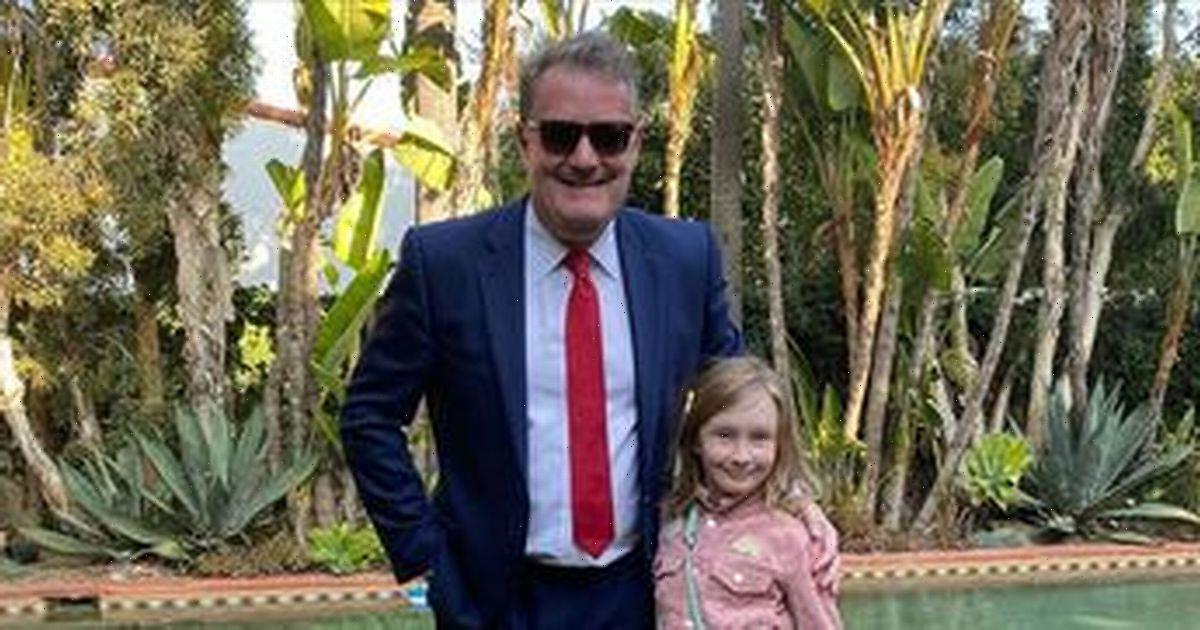 Piers Morgan managed to see in the New Year in his home in Los Angeles.

The 56-year-old owns a palatial five-bedroom property in a sought after neighbourhood which he jetted off to visit for some supposed winter sun.

Speaking on Instagram, the presenter said that he and his wife Celia Walden, their nine-year-old daughter Elise and his grown up sons visited their second home during the holidays.

The couple owns a luxury home with its own pool and huge outdoor space for entertaining.

There is also plenty of space inside for guests and five bedrooms each with its own en suite and four-poster bed.

When in town, the broadcaster likes usually to watch the LA Lakers play basketball as well as dining as the celeb favourite Nobu in Malibu.

However, this time round, the family's plans were halted by some unexpectedly bad weather as the American city has been hit by record rainfall in recent days.

Piers poked fun at the weather, sharing a picture of the garden with the message: "Another lovely day in paradise. What the **** is going on, LA?"

Meanwhile, his son Spencer shared that the hot tub was out of use, with the sarcastic caption: "Winter sun."

The property in Beverly Hills is believed to be worth £4.2 million and also boasts its own team of staff to care for the property for part of the year.

Piers was previously asked about his plans by a follower on Twitter who wrote: "Will you be seeing the new year in in style in Antigua again this year, Piers?"

The TV star replied to say: "No, I’m due to see in the New Year at my home in Los Angeles but that will depend on whether I’m allowed to fly there on Boxing Day."

Next month, Piers is set to return to screens as part of a global deal with News UK.

The presenter has said his deal with Rupert Murdoch's company is a "bigger comeback than Cristiano Ronaldo".

The former GMB host's new project will air on weeknights in the UK, US and Australia, and the broadcaster will also head up a series of true crime documentaries.

It comes after Piers recently revealed that he was offered a huge sum of money to fake his own death and "see how the world took the news."

The TV presenter claimed he was offered £100,000 to appear on Celebrity Shark Bait, a one-off TV special which saw four celebrities taken to South Africa and lowered into sea filled with Great White sharks.

Actor Richard E Grant, athlete Colin Jackson, comedian Ruby Wax and former Emmerdale star Amy Nuttall all took part in the show, which saw them being lowered into the water inside a cage to keep them safe.

Writing in his Daily Mail column, Piers says that he asked what would happen if the cage were to break open, being told: "Great TV!"

Piers, who recently praised Kate Middleton's piano performance, then went on to say he was "promised an even larger cheque" to fake his own death and see how the world reacted.

Piers then went on to joke how the world would lack sympathy for this passing.

He wrote: "I can imagine the BBC News headline now: ‘Tributes failed to pour in last night."