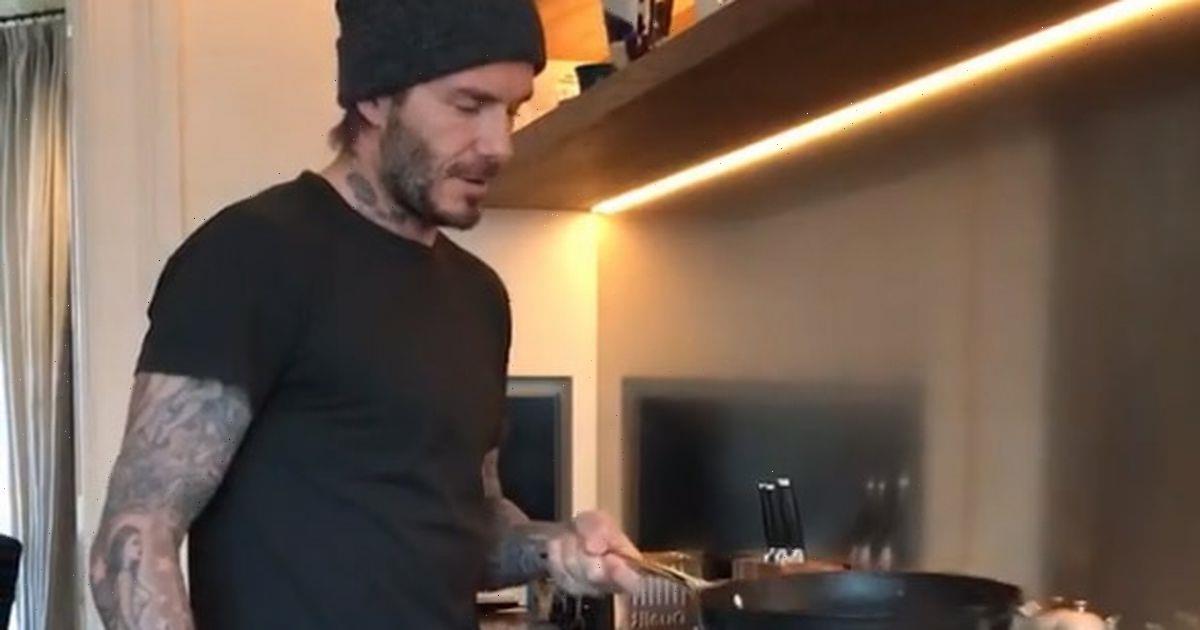 David and Victoria Beckham own a huge £31 million home in West London, which provides the family with a base in the capital.

They also have a country home in the Cotswolds and an apartment in Miami having also previously lived in Spain and LA.

The sprawling seven-bedroom Holland Park mansion purchased in 2013 has many opulent features including a huge kitchen fit for a 5* hotel.

The room is so huge that it requires a ladder to reach some of the hardest to reach places.

Victoria, 48, previously shared a video of the epic space, showing herself climbing a sliding library ladder to access the highest shelves.

In the snap. the Spice Girl can be seen climbing the ladder from behind in a pair of figure-hugging PVC trousers.

The kitchen features a traditional AGA cooker and other modern appliances in the olive green space. The room is designed with stainless steel splashback panels on the walls, wooden floors and floor-length cream curtains as seen in the background.

The kitchen is also home to a wooden table with bronze seating and brown wooden floors, as shown off in other snaps shared on social media.

After Victoria and David, 46, moved into their family home with children Brooklyn, Romeo, Cruz and Harper, they are said to have spent an estimated £8million on renovation work.

The couple enlisted the skills of interior designer Kelly Hoppen, before replacing her with Rose Uniacke, dubbed 'the Queen of Serene'.

The project took nearly three years for the home to be completed and the family finally settled in over summer 2016.