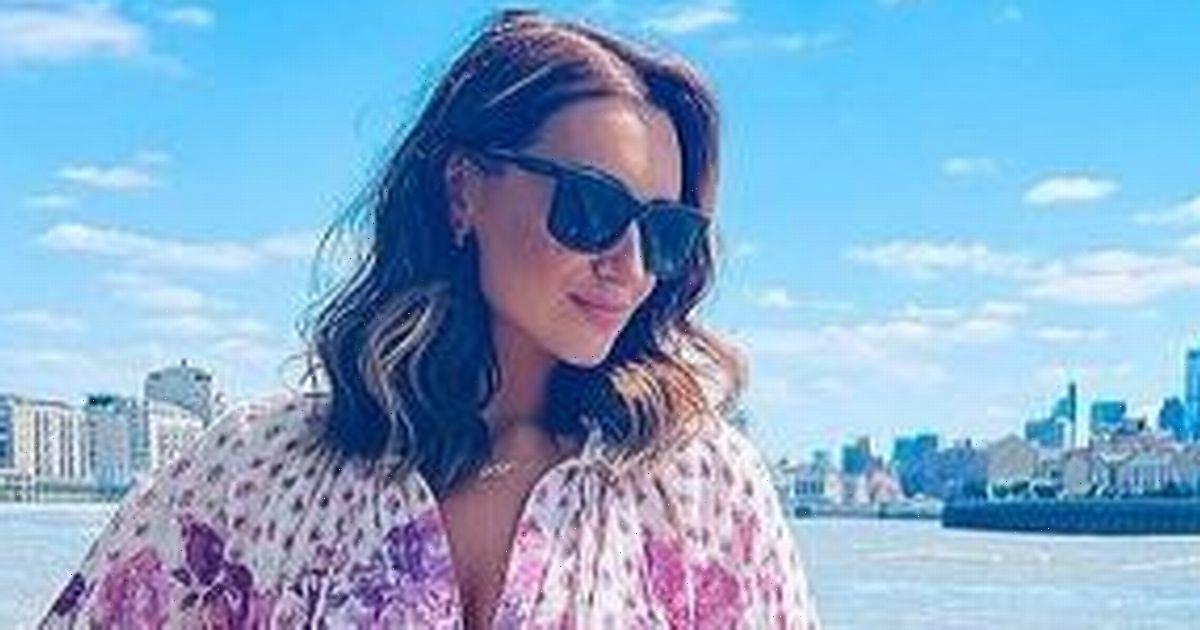 The formerCoronation Streetstar, 38, and husband Tom Pitfield announced the birth of their “beautiful daughter” via social media and the family have been getting used to life as four ever since.

On Thursday, 7 July, Catherine and Tom enjoyed their first date night together since they welcomed Iris Ella, and the actress admitted that it got “messy” as they attended Soho House’s festival and caught up with a few famous faces along the way.

Taking to Instagram, the star wrote: “Mummy & Daddys first night out since Iris arrived! Not gonna lie… it got messy! [laughing face].

“What a truly phenomenal evening in the very best company. Thankyou so much for having us @mcsaatchimerlin @sohohouse @alexfisher85 @madisonlygo. Incredible festival. Stunning food and outstanding entertainment.”

For the festival, the brunette beauty looked stunning in a floor length dress coming in pink and purple hues while covering up her eyes in a pair of large shades.

Catherine made sure she documented each part of the day out and even included the moment she and Tom knocked back shots.

Later on, they ran into Scott Thomas who posed with Catherine for a snap, and a little later she found his brother Ryan.

The pair, who worked together on the ITV soap, downed their own shots while Catherine wrote: “Reunited!!! Bloody love you to tiny pieces Ryan Thomas.”

The actress recentlyopened up about filmingthe third series of ITV drama McDonald and Dobbs.

In an interview ahead of the new series she also praised her industry for accommodating working mums.

The actress, who gave birth to Iris in April, said she often takes her two month-old on set.

She said: “I love my job so much, so Iris just comes everywhere with me.

“We’re producing a couple of shows at the minute and she came on set the other day and was as good as gold – everyone fell in love with her!”

She added: “My agent is still sending me things since I’ve had Iris, and I love being a working mum, so I take every day as it comes.

“We’re doing a sketch show at the end of June but it’s up north and I’m taking Iris on set with me, and there’s a couple of other jobs at the end of July. As a family, if we can make a job work then we will, and if not then it’s not meant to be.”

Catherine, who already has seven year-old son Alfie with Tom, worked up until three weeks before giving birth.

She said: “I do feel our industry is getting so much better – years ago you wouldn’t mention the fact that you had children in case it went against you, but I feel like production teams are much more accommodating nowadays".