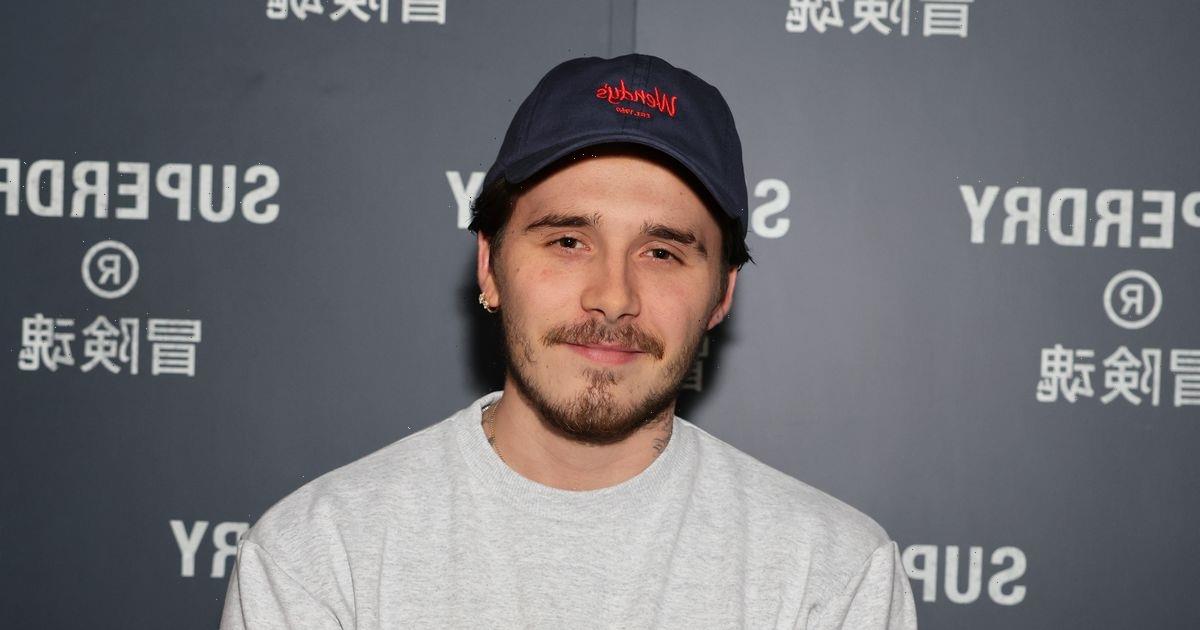 Brooklyn Beckham's career plans have changed many times over the years, and most recently he set his sights on becoming a professional chef.

The 23 year old chose not to follow in his famous dad David's footballer footsteps, and instead opted to try his hand at various different things over the years, including photography and modelling.

Brooklyn, who is set to marry actress Nicola Peltz in a £3 million ceremony at her family's £76m estate in Florida on 9 April, has even worked as a barista, and thanks to his various ventures and parents' wealth he's now believed to be worth a staggering £7.6 million.

Let's take a peek into Brooklyn's ever-changing career so far…

Get exclusive celebrity stories and fabulous photoshoots straight to your inbox with OK!'s daily newsletter

Brooklyn started modelling when he was just a child, and during his teenage years he worked in a coffee shop in London. He was 15 when he worked as a barista, earning £2.68 an hour.

Prior to this, he tried his hand at professional football, and like his two brothers, Romeo, 19, and Cruz, 17, he played in the Arsenal F.C. Academy. However, in 2015 he left the academy after not receiving a scholarship to remain there.

Brooklyn then started to carve out a career as a professional model, and went on to appear on the cover of a number of magazines, including Miss Vogue and Interview.

The 23 year old soon decided he'd rather be behind the camera however, and he announced that he was pursuing his real passion – photography.

He was just 16 when he photographed a campaign for Burberry BRIT, which starred models such as Ben Rees and Eliza Thomas.

The booking was met with criticism from professional fashion photographers, with Chris Floyd branding Burberry's decision an example of "sheer nepotism" and a "devaluation of photography".

In 2017, Brooklyn revealed that he was heading off to New York to study for a degree in photography at Parsons School of Design at the New School.

Less than a year later, his first photography book, What I See, was published, which received mixed reviews from the public.

He then returned to the UK in 2018 after quitting his studies, having decided he wanted to undertake an internship instead. A year later, Brooklyn completed a photography internship with Rankin.

After deciding photography wasn't for him, Brooklyn announced in 2021 that he was planning to launch a career as a professional chef.

The 23 year old created an online video series, Cookin' With Brooklyn, but was met with criticism from viewers who pointed out that he had no professional training in the kitchen.

He has continued to focus on his bid to become a chef however, and showcases his skills on TV shows and in social media videos.

Brooklyn appeared on The Late Late Show with James Cordon back in January, and also starred in a video for Vogue where he cooked for his fiancée Nicola.

Alongside this, Brooklyn is also a brand ambassador for clothing brand Superdry, and regularly stars in campaigns for the retailer.

For all the latest celebrity gossip, sign up to our daily newsletter here .