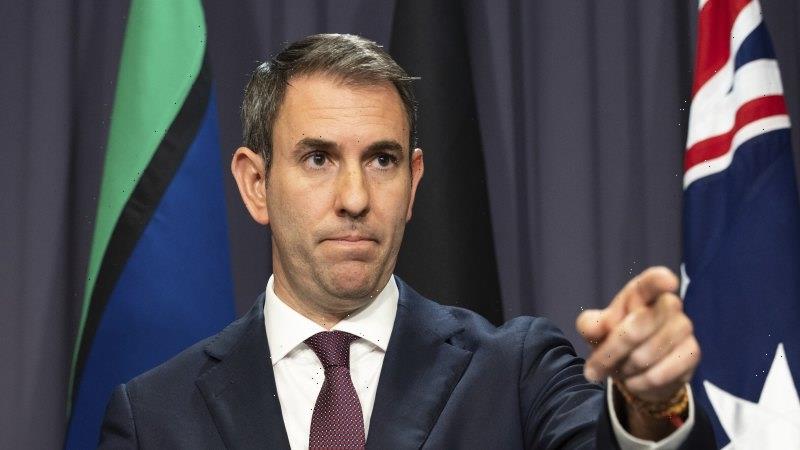 Inflation is expected to climb to a 32-year high of 7.75 per cent by year’s end while most Australians will not enjoy real wage growth for at least another 18 months, Treasurer Jim Chalmers has revealed in his first parliamentary economic update.

Chalmers, in an address to the House of Representatives on Thursday afternoon, said a range of factors – many beyond the control of the government – had converged to deliver a “once-in-a-generation” economic challenge that would be felt by all Australians. 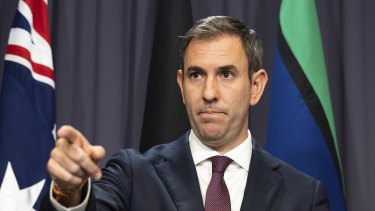 Treasurer Jim Chalmers has revealed inflation could reach 7.75 per cent by the end of year, delaying real wage growth until 2023-24.Credit:Alex Ellinghausen

Data this week showed inflation hitting a 21-year high of 6.1 per cent, but Chalmers said this would get worse, likely reaching 7.75 per cent in the December quarter.

This would be the highest annual inflation rate in Australia since early 1990, at the start of that year’s recession.

“Inflation will unwind again, but not in an instant. Just as the domestic forces contributing to some of the supply side pressures have been building for the best part of a decade, it will take some time for them to dissipate – but they will,” he said.

The surge in inflation has forced the government to push back its expectations on real wages growth.

The budget forecast wages to out-pace inflation in 2022-23. Chalmers said it will now likely occur the following year, with wages forecast to grow by 3.75 per cent 2023-24.

The Treasurer said inflation was not being driven by wages, noting real wages growth had averaged 0.1 per cent a year over the past decade.

“The harsh truth is – households won’t feel the benefits of higher wages while inflation eats up wage increases, and then some. Real wages growth relies on moderating inflation and getting wages moving again,” he said.

Unemployment is forecast to edge up to 3.75 per cent by the middle of next year and then to 4 per cent by mid-2024.

Economic growth has been downgraded by half a percentage point for the current year and 2023-24, in part due to higher interest rates. Chalmers said net exports would drag on growth as would supply issues that had affected the construction sector.

Chalmers said the government had a multi-year agenda that would deliver a multi-generational benefit.

“The economic picture I have set out today represents a convergence of challenges, the kind of which comes around once-in-a-generation,” he said.

He said this would be driven by temporary factors such as supply chain disruptions and capacity constraints which had delayed some government spending. Low unemployment and much higher than forecast prices for key commodities has also fed more money into Canberra’s coffers.

But Chalmers warned this would not last as there were short, medium and long-term pressures building on the budget.

“The temporary improvement in tax receipts may not persist over time, the impact on payments will persist, and the cost of interest on debt will grow as more debt is refinanced at higher yields,” he said.

Chalmers said the government was preparing for a lift in costs associated with an upcoming Fair Work Commission decision on pay for aged care workers. Some estimates suggest this could cost $5 billion a year.

He said the government would have to make hard decisions to repair the budget.

“Right now, every household has to make tough decisions about what they can and cannot afford – and it shouldn’t be any different for their government,” he said.