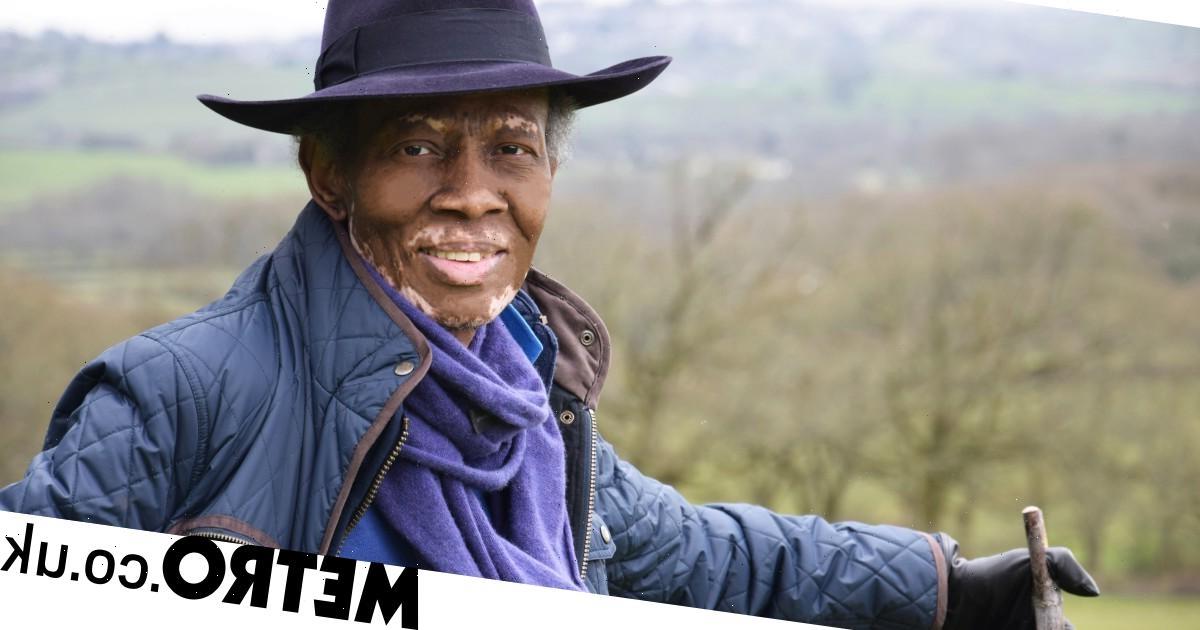 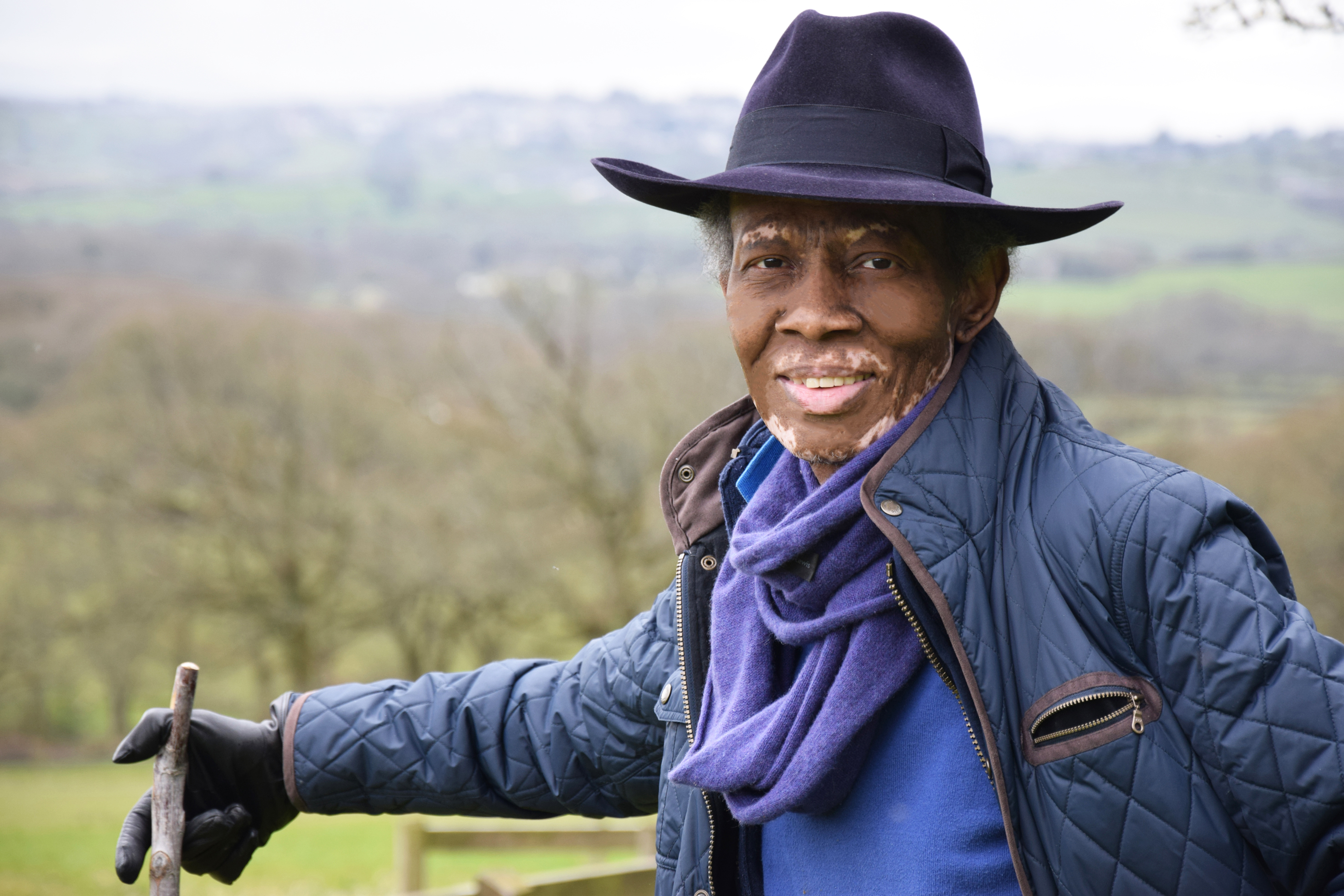 Recently, I arrived at a group of barns, a stone’s throw away from Stonehenge in the rolling Wiltshire countryside.

It’s the sort of place you feel as though you’ve stumbled upon, a magical dip nestled in a valley off the beaten track.

While there, I found myself possessed by a conviction that this will be the ideal place for my vision to bring diversity to food and farming.

I want to build an events and function space, as well as an education facility. A place for everyone to feel inspired and to feel at home – and that includes people who, today, are still intimidated by rural Britain.

Many Black people who have settled in UK cities feel the British countryside is a no-go area for them because it’s still so rare to see anyone of colour living there.

Throughout my life, I have learned to trust my gut. Defying the odds is the story of my life, even when I’ve found them stacked against me.

Born in Frankfield, Jamaica, I came to this country when I was four years old as part of the Windrush Generation.

I was brought up in Small Heath, Birmingham, where I lived with my eight siblings, and parents in a two-up, two-down terraced house.

We were very poor and I spent most of my childhood hungry, feeling like I was on society’s dustbin heap.

My oasis from the misery of my surroundings was my father’s allotment.

I enjoyed the sense of space and freedom. It was there that I was able to dream big.

And so, aged 11, I made myself a promise that, one day, I would have my own farm. I told no-one and nursed that dream as a precious secret. No doubt, everyone would have laughed at me, back then.

For me, it felt like I had about as much chance of achieving that as I did of winning the lottery, not least because of the lack of representation in agriculture.

People from my background who dream of becoming sports stars or musicians have many role models to aspire to, but there are none such in farming.

The agriculture sector is one of the least diverse industries in the UK today. While great strides have been made to improve diversity in many other sectors of society, food and farming appear to have escaped scrutiny.

In fact, a recent study found that, excluding seasonal workers, 97.2% of those who work in agriculture, forestry and fishing are white.

Access to farmland is key to bringing about change in this area.

Land ownership is a vital part of helping people feel like they are part of British society, rather than temporary citizens, unworthy custodians of the country. For those of us from the Windrush generation, being able to stand on a piece of England that we can all our own brings a feeling of final belonging.

Of course, being hugely expensive, farmland is currently only available to the very wealthy or those to whom it is handed down through the generations.

If you are an immigrant or simply from a non-traditional farming background, the odds are stacked against you.

It took me 30 years to acquire my small farm just outside Launceston, Cornwall, which I bought in 1997 – and even then when I told friends of my plans, they were concerned that I would be met with resistance.

Having a dream at the age of 11 to own a farm is all well and good. But when you’ve been brought up on society’s dustbin heap, you’re dyslexic and you’ve left school with no qualifications, any sane person would see it as a flight of fancy. But this dream was a driver to help me rise above my station.

From school, I joined the army – which didn’t work out well. I then became a chef and achieved moderate success, but my great break came when I managed to blag a job in TV as a runner and, from there, I went on to become a producer, making food and drink programmes for the BBC.

After 15 years, I decided to set up my own food and drink marketing agency and that gave me the money to buy my farm. It’s a dairy farm and we also ‘finish off’ cattle in the final stages of their rearing.

That’s why I’m doing my bit to try and even those odds.

I’m not advocating for farmers to give up the land they were bequeathed, but there are some things that can be done to offer people from diverse backgrounds an opportunity to enter farming.

A great deal of land is owned by large institutions such as the Church of England, the National Trust and big companies.

I would like to see these organisations do their bit to bring about change by leasing some land to people of non-traditional farming backgrounds – moving away from those families who dominate farming.

I would also ask major supermarket chains to add their voices and power to the call for change, given the importance of farming to the food industry.

When I first bought my farm, some friends and family feared for my life, predicting that I might ‘get lynched,’ joking that that’s what happens to Black people in the British countryside.

In the early days, there were some scary moments: the police were called when I put up my first polytunnel because some neighbours thought it was a cover to grow drugs.

It took me a long time to achieve my dream of buying a farm; other people’s prejudice wasn’t going to stop me.

It’s 25 years since those days and now, as then, I continue to advocate for making rural Britain more diverse.

Frustratingly, there has been little progress in that time.

I am continuing to bang the drum for change, recently launching an initiative with Whittle Agricultural University in Chelmsford, Essex, to give young people from non-traditional farming backgrounds a free taster weekend to get hands-on farming experience.

I am a great champion of Black History Month because it works to galvanise people’s efforts to make our country more inclusive and diverse.

Unfortunately, it often feels like October is the only time of the year when the Black community has the ear of those who are instrumental in helping to make a difference.

This year, I would like inequality in food and farming to be a major discussion point and I want to see the organisations that can make a change on what exactly they are going to do about it.

I am going to continue to be an advocate for change, helping involve pioneering Black kids who can become the ‘new faces of farming.

October marks Black History Month, which reflects on the achievements, cultures and contributions of Black people in the UK and across the globe, as well as educating others about the diverse history of those from African and Caribbean descent.

For more information about the events and celebrations that are taking place this year, visit the official Black History Month website.