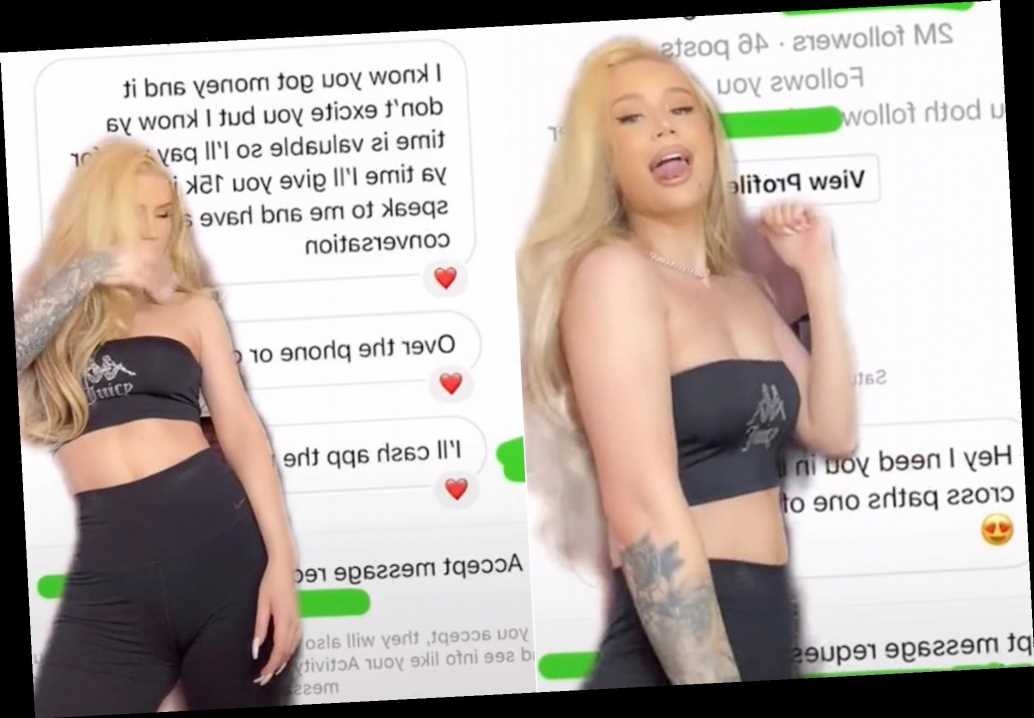 Iggy Azalea has revealed the desperate DMs she gets from celebrities — including someone offering $15,000 just for her to speak to him.

The 30-year-old mom posted a TikTok video Monday with screenshots of numerous Instagram private messages she has received online, from crude sexual suggestions and even marriage proposals.

Although the names were blurred out, they all came from people with millions of followers and blue ticks proving they are verified, well-known public figures.

They were shown as Azalea danced to her single, “Sip it” — in which she sings about “rappers in my phone, in my DM, won’t leave me alone.”

One particularly crude message from someone with 27 million followers — telling her, “I want to kiss the inside of your butt hole.” 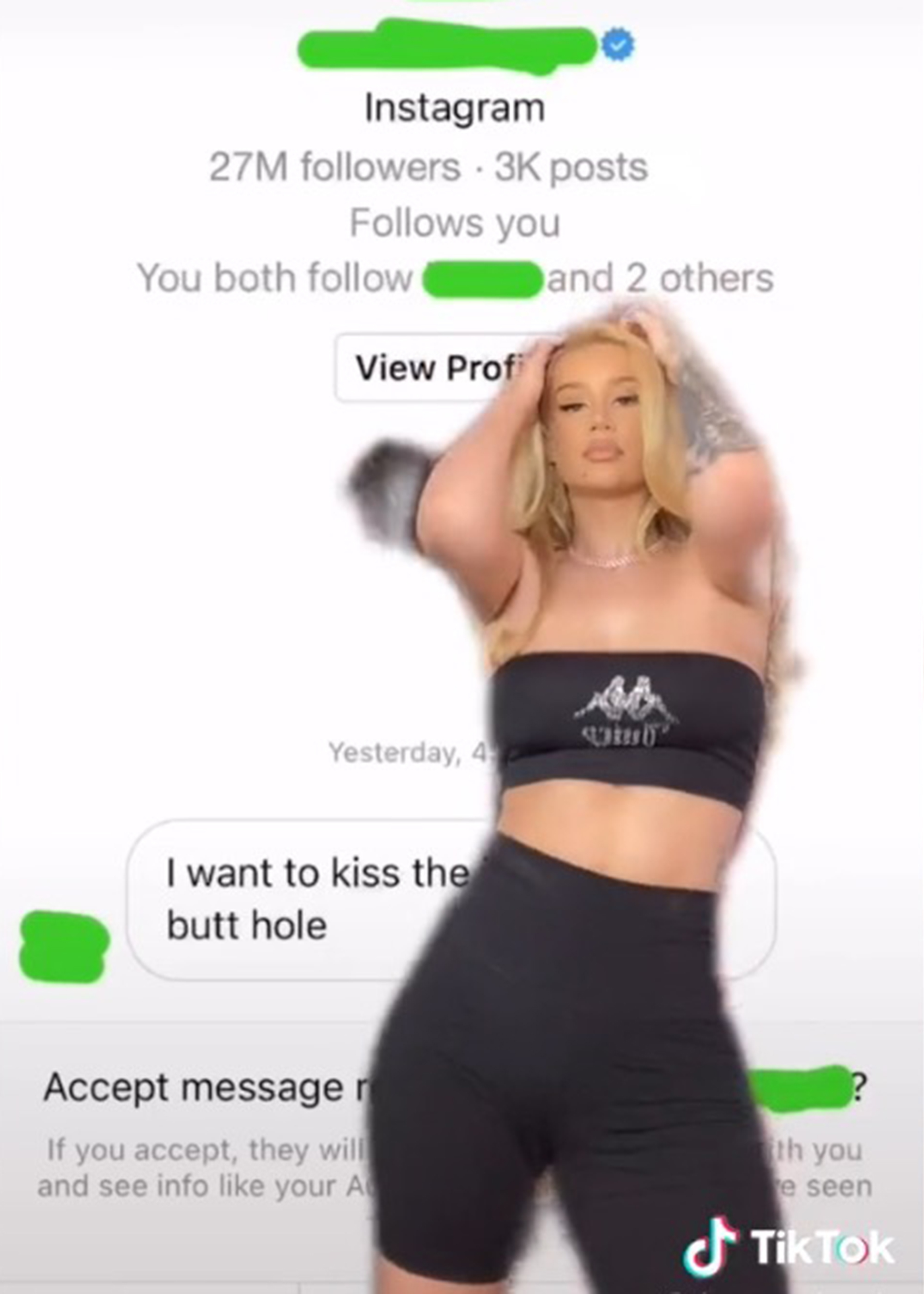 “You need a poohbear,” someone with 6.2 million Instagram followers messaged her. “I’ll eat dat thang like a jar of honey,” the admirer wrote with a string of emojis. 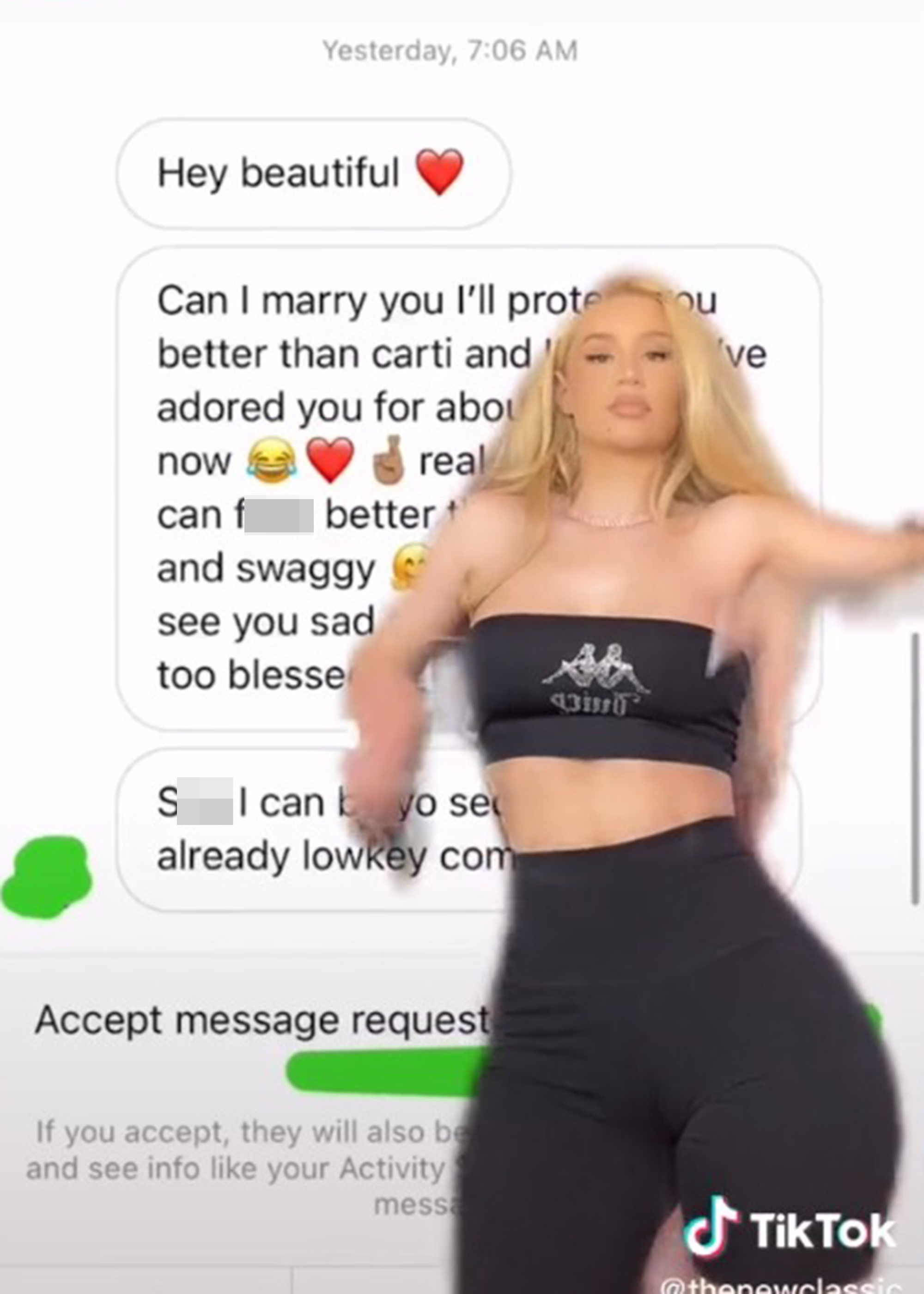 “Can I marry you,” someone with 12 million followers wrote, calling her his “dream baby,” while another sent a string of “I love you” messages.

The most desperate message, however, came from someone with 8.9 million Instagram followers who offered to “pay you for ya time”

“I’ll give you 15k just to speak to me and have a conversation. Over the phone or on here. I’ll Cash App the money,” the message reads.

Another celebrity offered to marry Iggy, and vowed to “protect” her better than she had been by ex Playboi Carti.

“I’ll play side n***a step daddy roleplay … whatever role you want me to play,” another message pleaded, promising to “do anything for you try me.”

One message, seemingly from someone calling himself a “pro rapper,” starts with a message asking to “build a friendship and maybe a relationship” — then after not getting a reply a day and a half later telling her that her “music is crap.” 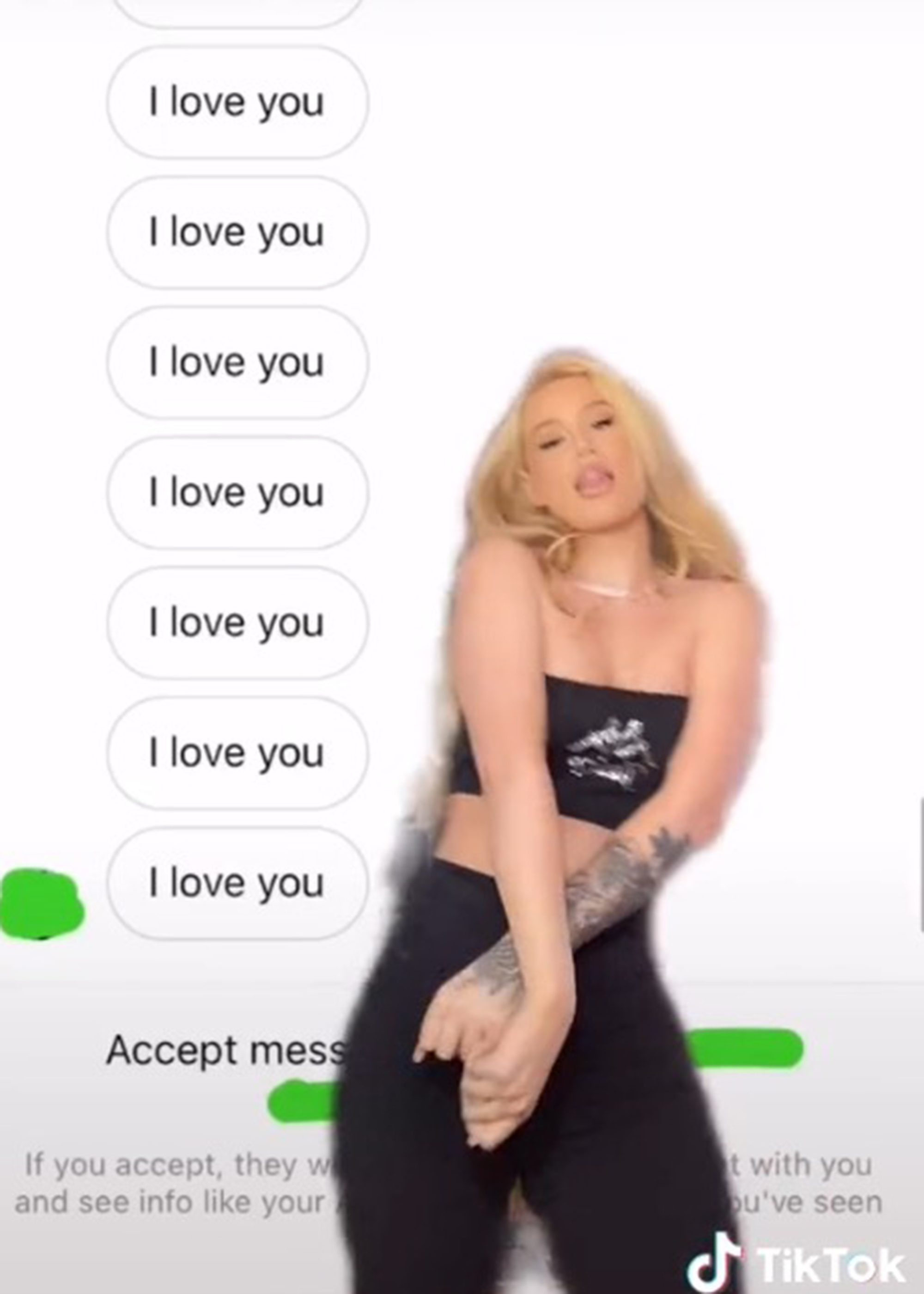 The messages all came from people with millions of followers and verified accounts. 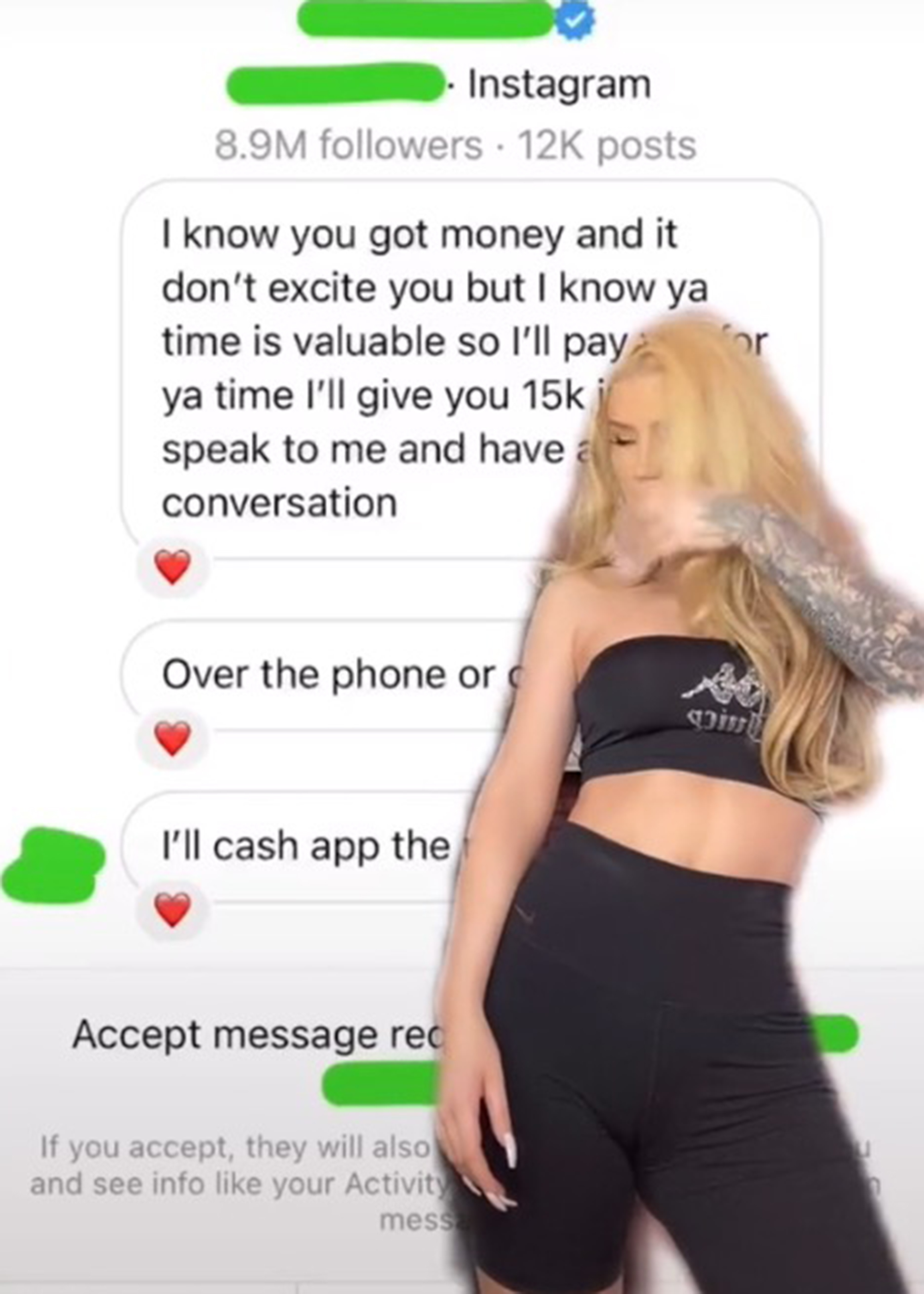 Iggy Azalea reveals a DM from someone offering her $15K to talk to her. 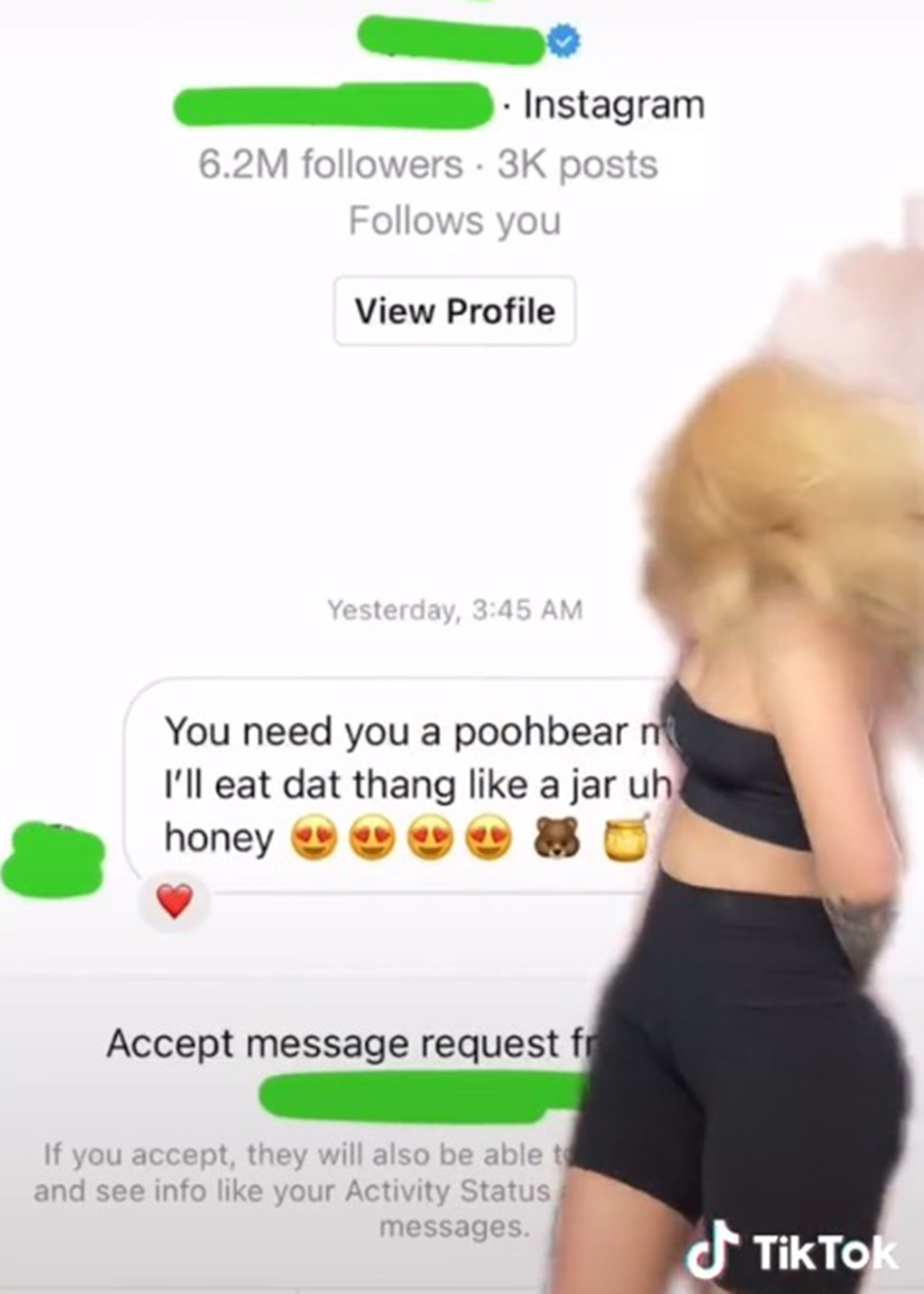 “You need you a poohbear,” one direct message reads.