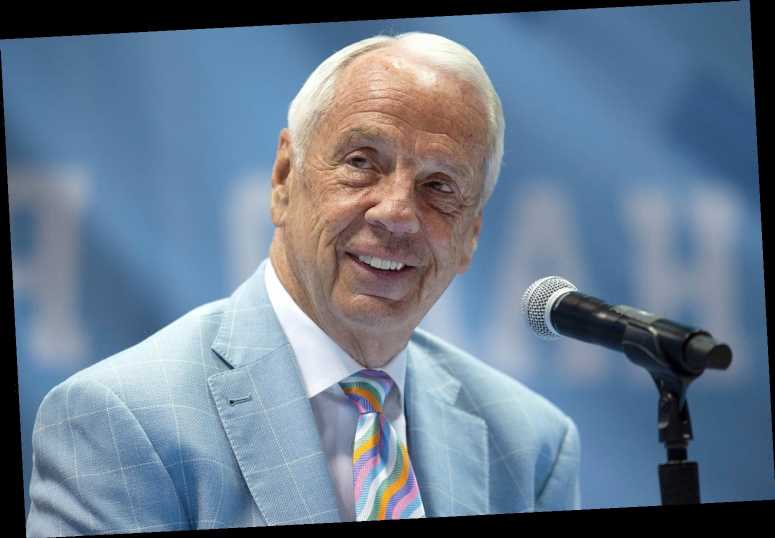 The 70-year-old coach — who was was inducted into the Naismith Memorial Basketball Hall of Fame in 2007 — announced the decision during an emotional press conference on Thursday, ending his 33-year career with 903 wins.

"In today's times, I should say that I'm not retiring or resigning, I'm opting out," Williams humorously said of stepping away from his position, according to CBS Sports. "That's the most ridiculous phrase I've ever heard in my life. Why the hell don't you just say 'I quit'? So I'm old-school and can't use those words. But I will tell you that I am retiring and resigning as the men's basketball coach at Carolina."

Williams began his college head coaching career with the University of Kansas Jayhawks in 1988, earning a 418-101 record in 15 seasons before returning to North Carolina — where he was once a player — in 2003. "I never had any day where I didn't give my absolute best," Williams said during his retirement speech, as reported by NPR. "Not one single day. I cared deeply for my school. I cared deeply for every player. I'm really proud of what we accomplished."

While Williams had a successful career with the Jayhawks, he will likely be most remembered for his time with the Tar Heels. After taking over the reins of the team, Williams helped the Tar Heels win NCAA Tournament championships in 2005, 2009, and 2017.

But he also left an impression on his players, one many have held onto long after their college careers.

"He's like a father figure," Philadelphia 76ers guard Danny Green said of Williams after the retirement news, according to the Daily Tar Heel. "That four years there taught me a lot about not just the game of basketball but about life. I'm happy for him. I hope he's at peace. He's always been a lot more than a coach to me."

Green is a three-time NBA champion, having most recently helped the Los Angeles Lakers win the title in 2020.

Former UNC player Brandon Robinson told the newspaper of Williams, "He gave me the opportunity of a lifetime that I can't repay him for. … He means the world to me and I appreciate him so much."

Though he was holding back tears during his speech, Williams appeared confident he was making the right decision.

"I've been so, so lucky," Williams added. "For the rest of my life, I'll always say that I was a coach. And that's the proudest moment of my life."