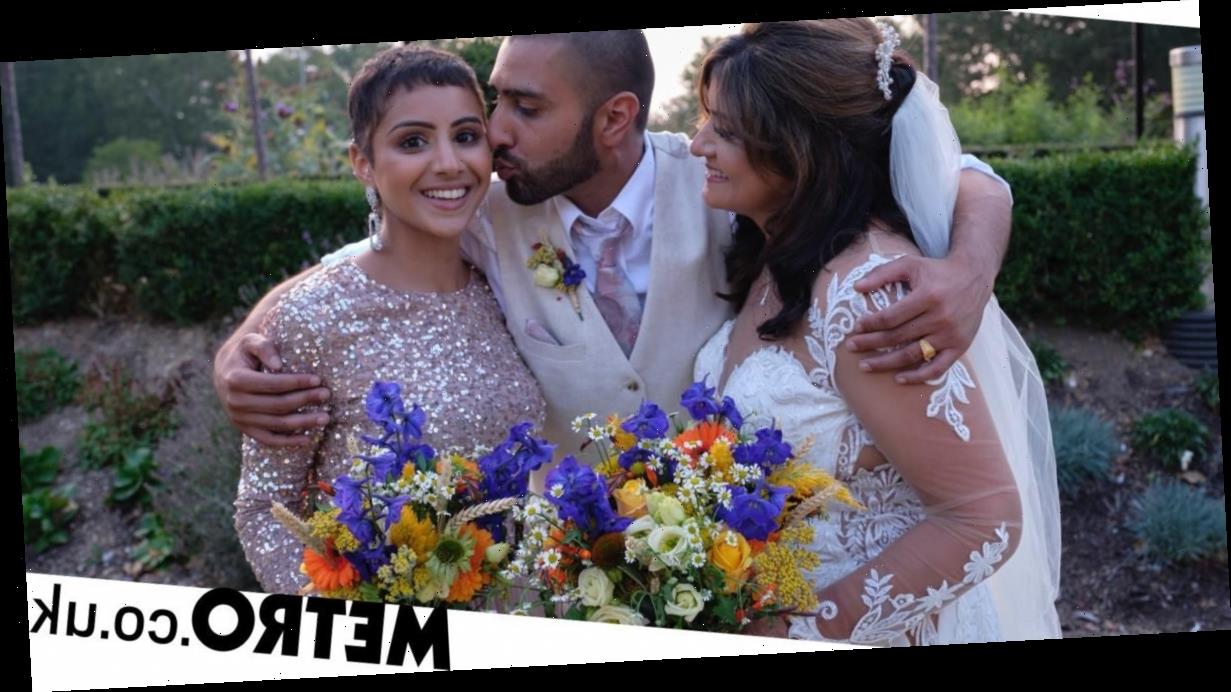 As the doctor spoke, my daughter Neepy and I sat hand-in-hand, our eyes full of tears and with the ‘big C word’ echoing around us.

The room went cold and we couldn’t believe what we were being told. It was so unexpected to hear that my daughter had cancer, and we were both devastated. Neepy felt sick to her stomach while I had to suppress my screams, my tears and my fear, to show her I was going to get her through this dreadful nightmare.

The words felt so feeble in that moment, but I told my sweet Neepy that she was not alone. I’d be with her every step of the way.

Neepy hardly went to the doctor so it was really unusual for her to go to the GPs in May 2017 with severe back, stomach pain and sickness – it was the first time she had ever been on her own. Little did we know that these were the early signs of her cancer.

The GP told her she had a urine infection and she was sent home with antibiotics.

After three days of taking them, Neepy suddenly blacked out. My husband took her to the hospital where she stayed for a week and was told she had a severe kidney infection – but after being discharged, Neepy’s symptoms continued. Over the course of 10 months she went back to GPs around 10 times and on each occasion she was sent away with painkillers and told to exercise and do yoga.

When Neepy could no longer use her left leg, and she was in unrelenting pain, I took her back to A&E and insisted on an X-Ray. After seeing the result, the doctors immediately admitted her and in April 2018, aged just 23, she was diagnosed with Ewing Sarcoma of the pelvis, a very rare form of bone cancer.

In the days after her diagnosis, it felt as though we were living in a bubble.

All the family tried our very best to stay positive but I would look around and see their faces were etched with sadness. We’d try to act ‘normal’ but simple things like eating and sleeping became a luxury as fear that we might lose Neppy took over.

To know that GPs had failed to properly refer her made me feel extremely angry. Her kidney infection was one of the first signs of Ewing Sarcoma and knowing how much pain she was in, it saddens me to know that her symptoms were not taken seriously. Why was she being asked to take such strong pain relief – and why did that not raise any alarm bells?

I wished she had been diagnosed when her symptoms first began to show – I feel let down by the delays and poor communication we experienced, both of which meant we were unable to explore a second opinion and other options.

Instead, Neepy had to start chemotherapy straight away – it was life or death – and our world changed again as her treatment began, along with all the side-effects. Poor Neepy was so naïve, she had no clue what she was facing. She was going to have to endure 26 rounds of chemotherapy and six to eight weeks of radiotherapy.

For the first time in my life, as a mother, I had no control in making her better and it left me feeling helpless.

In January 2019 we were given the devastating news that the cancer had spread.

She had more chemo and radiotherapy but as treatment came to an end in July 2019, Neepy was advised that the cancer was terminal, and that she should live the remainder of her life to the fullest.

One of her wishes was to be part of my wedding so my husband and I brought it forward and wed a month later. We made many precious memories that day. The joy in her face was unforgettable – and as we entered 2020, things were looking up.

Neepy was getting her strength back day-by-day, making plans to go on holidays and was even considering going back to work. We all felt so happy seeing our her spirits so high.

That all changed a month later. The cancer had spread further, and my daughter was given a few months to live. I remember us both looking at each other in disbelief.

During that time, Neepy started writing her final wishes in her notebook. I only found out after she passed away as she had told her boyfriend if anything happened, he was to give me it, so me and her brother Jay, knew exactly what to do. She had thought of every little thing and was so brave it broke my heart. No child should have to write down their final wishes and no parent should have to see it.

On Sunday 12 July 2020, my gorgeous daughter, my true best friend, gained her angel wings at the age of just 26. She had developed a brain tumour and gone into palliative care but we eventually brought her home to her bedroom, where she desperately wanted to be, surrounded by family and friends. The memories we made during that time are very special and I shall cherish them forever. I miss her so much.

The loss of a child doesn’t just affect the parents. It affects their siblings, wider family and everyone around them. Delayed diagnosis can put people through this needlessly: our 10-month wait for a diagnosis cost my family dearly.

Had we known about Neepy’s illness earlier, it would have given us so much more time together as a family, making more memories and giving Neepy the opportunity to experience all the things a young person should.

People will continue to die if things don’t change and the starting point for that begins with increased awareness about cancer, especially in young people, and early diagnosis.

I want young people to know the symptoms of cancer – things like lumps, bumps and swellings, persistent pain and extreme fatigue – so that they question that ache or pain and get it checked out quickly. If they still have concerns, they shouldn’t be afraid to go back to their doctor and press for tests or answers.

For so long after Neepy’s death, it felt like the walls of our home were crying with me; I would lay in Neepy’s bed with her dog, Timmi, who would cry by my side.

Now what’s getting me and my family through is raising awareness of cancer by supporting Teenage Cancer Trust’s #BestToCheck campaign, which aims to raise awareness of the signs and symptoms of cancer and encourages young people to see their doctor at the earliest opportunity.

It also encourages healthcare professionals to err on the side of caution and refer patients for further investigations, even with lower levels of suspicion.

I don’t want any other young person to go through what Neepy did. I want them to make their voices heard.