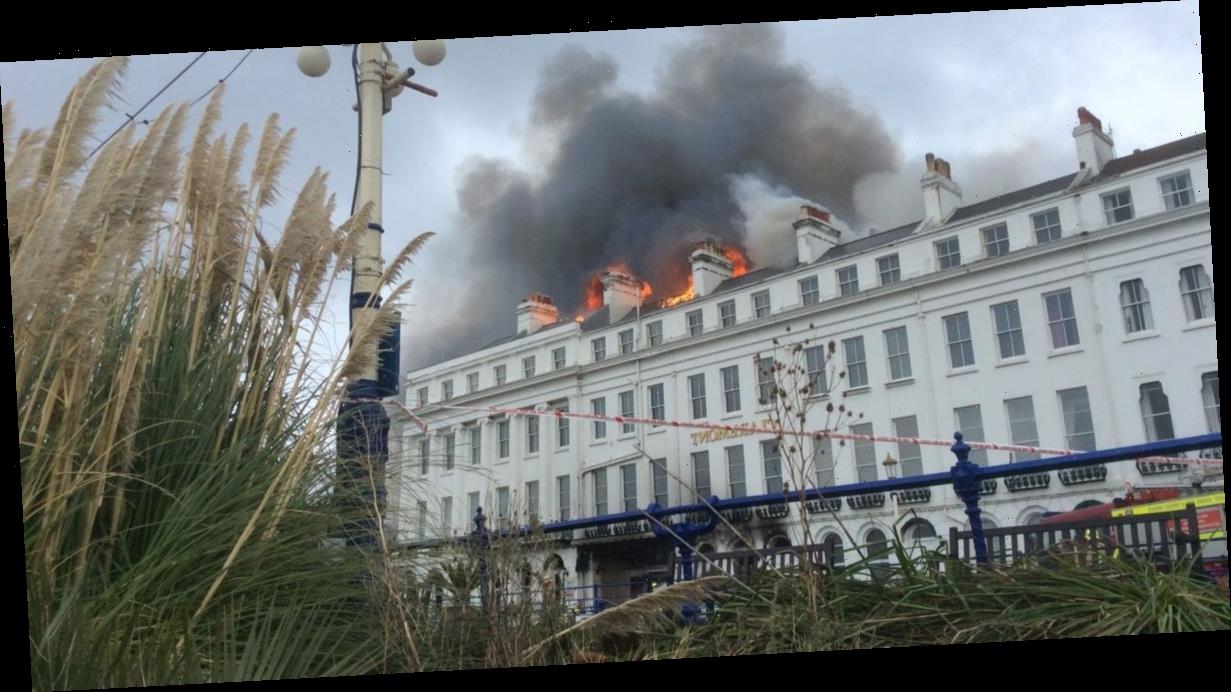 A massive fire has broken out at the seafront Claremont Hotel in Eastbourne.

The building has been evacuated and everyone accounted for, the East Sussex Fire Service says.

Footage of the blaze shows fire leaping from the roof as firefighters battle to save the heritage-listed Victorian building that is a major landmark on the seaside town's Grand Parade.

The fire service tweeted that the fire was in the roof of the building, adding: "Everyone's been evacuated safely."

Firefighters are pumping seawater to the crews' hoses in their efforts to quell the blaze this morning.

A witness told the Eastbourne Herald: "It’s absolutely huge. It started at the back of the hotel, now the whole front of the hotel is on fire

The fire service is urging local residents and businesses near the scene to keep their doors and windows closed and to avoid the area as crews tackle the fire.

The Herald reports that earlier this morning onlookers were asked to move away amid fears the hotel's windows could explode.

There are twelve fire engines at the scene.

The expansive terrace that houses both the Claremont and Burlington hotels are considered a key Eastbourne landmark and a significant example of Victorian-era architecture.

The Grade-II listed building dates from 1851-55 and is four storeys tall.

Heritage England labels it "the best series of buildings in Eastbourne."

West Sussex Fire Service said it is also sending a crew and a high volume pump to back up the teams battling the blaze.

Guests are reportedly also being evacuated from surrounding hotels while fire crews work to contain the blaze.

Shaquille O’Neal Cries As He Mourns Kobe Bryant On TV: ‘I Wish I Could’ Speak To Him Again – Watch