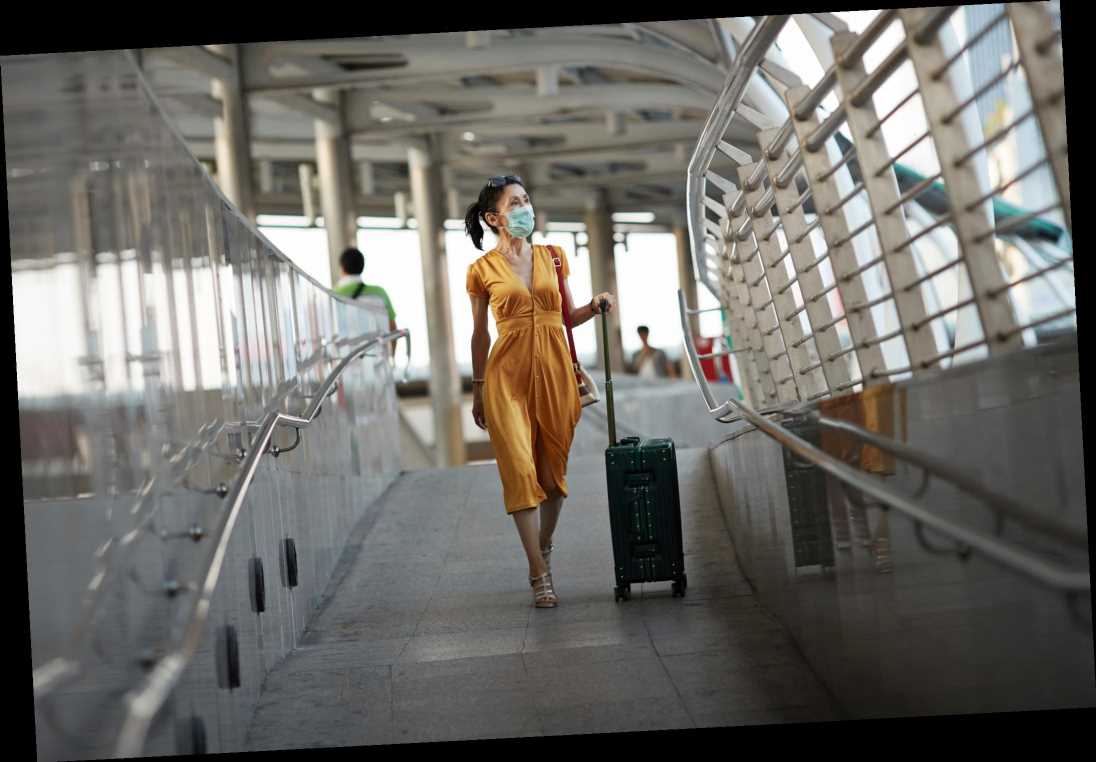 TRAVEL insurance could become more expensive for British holidaymakers from next month after the UK leaves the European Union.

It's still not clear whether a trade deal will be in place when the UK leaves at the end of the month, with talks due to be wrapped up this week. 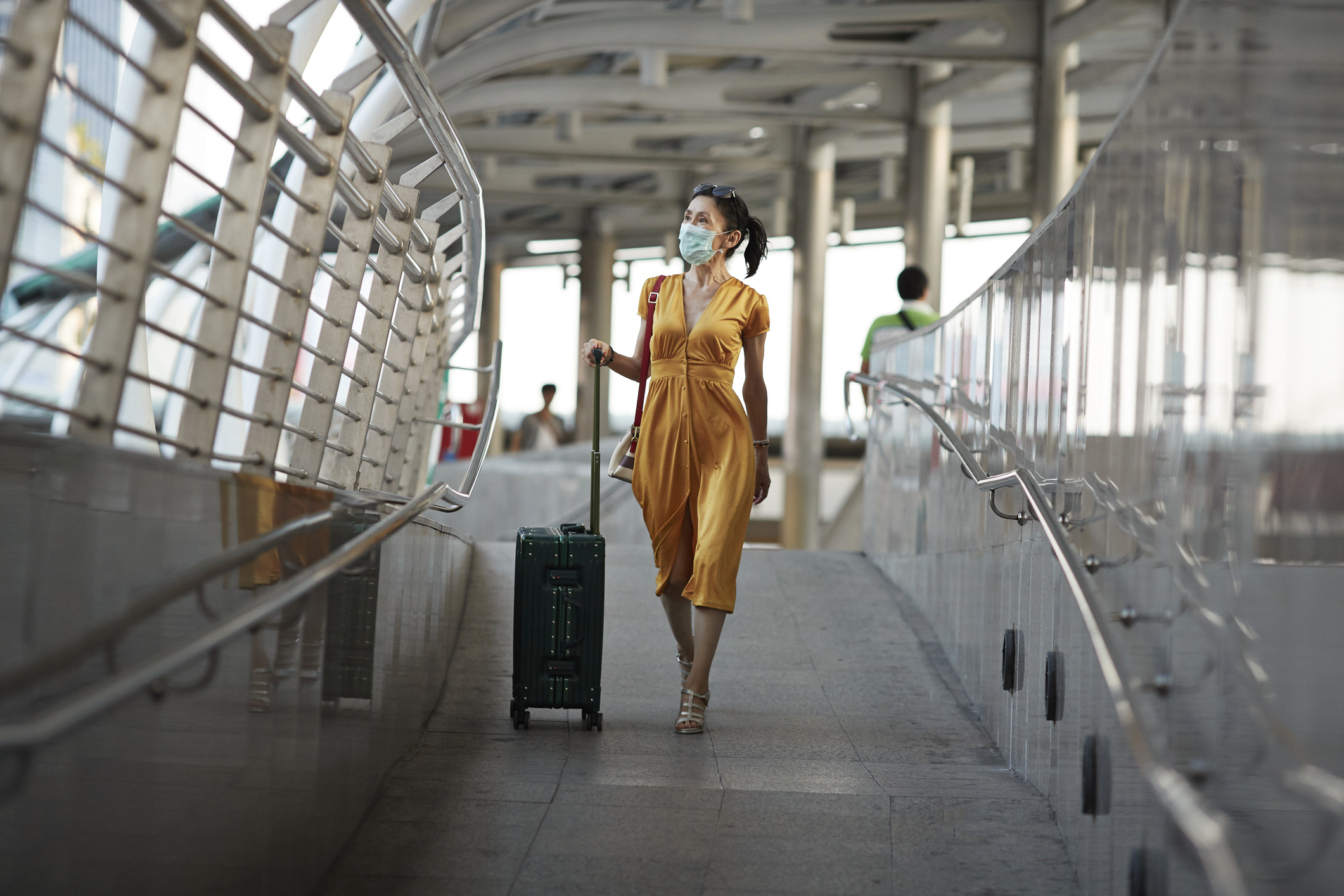 Once a decision has been made, the government is expected to push guidance to remind those going abroad to buy medical cover for when they are on holiday both this year and beyond.

Currently, UK citizens can get cover for medical costs when visiting a country inside the EU with the European Health Insurance Card (EHIC).

But after December 31, 2020 – Brexit day – these will no longer be valid and Brits will have to pay extra to buy separate cover.

That said, Brits should have separate travel insurance anyway to cover other unexpected events, such as cancellations or lost luggage, which EHICs won't cover you for.

Details of a deal – or no deal – will have an impact on the price of your travel insurance too when you holiday abroad.

What is the European Health Insurance Card (EHIC)?

THE EHIC covers you in most European countries, just like the NHS does at home. It lets doctors know not to bill you or your insurer for anything that qualifies under the scheme.

It will cover state-provided healthcare that is deemed “medically necessary until the cardholder returns home”, which also includes treatments for pre-existing medical conditions and routine maternity care.

It doesn't replace travel insurance, however, which covers for other situations including certain medical care.

Also, the EHIC only covers health treatments, so won't protect you against cancellation, lost luggage or missed connections.

It also won’t cover you for any coronavirus-related claims pre-departure such as if you need to cancel your trip.

It comes as holidaymakers are already facing more expensive holiday cover due to the impact of the coronavirus pandemic.

In addition, new Brexit rules will require Brits to have at least six months validity on their passports, and animal owners to subject pets, including cats and dogs, to EU blood-tests before travelling.

Brits will also be advised to check their mobile phone provider's roaming policy, as free coverage may end.

"As with all Brexit matters, there's some guesswork involved in what the state of play will be once the next deadline passes – and the transition period ends," warns James Daley from campaign group Fairer Finance.

Here, we've spoken to the experts about what holidaymakers should expect when buying travel insurance and medical cover after Brexit:

Will travel insurance get more expensive after Brexit?

One of the reasons travel insurance for trips to countries within the EU are cheaper than those for the rest of the world is because Brits are also covered by EHIC.

These are free to apply for and partially cover, or cover in full, any state-provided medical costs incurred if you get ill in an EU country.

It means UK tourists can save cash by purchasing holiday insurance that only covers issues such as cancellations, theft and lost luggage.

But after December 31, EHICs will no longer be valid, which could see the cost of travel insurance go up as British holidaymakers look to rely on their policies more for medical treatment.

The UK government is currently working on drawing up agreements with other countries inside the EU that will mean UK tourists' emergency medical costs are covered when they visit.

Trade body the Association of British Travel Agents (ABTA) previously said it was "hopeful" these agreements will go ahead, and they could keep the price of travel insurance low when visiting these countries.

Mr Daley says the only way he expects Brexit to have an impact on the price of travel insurance is if these deals fall through or are not drawn up in time for the deadline.

Can I stil get an EHIC?

WHILE Britain negotiates the transition the UK will remain an EU member so the EHIC will still be valid for holidays in Europe.

Brits have been warned to check that they are still valid during the pandemic – 5.7million cards are due to expire this year.

You can apply for a free card at NHS.uk.

Don't get conned by middlemen as some websites will charge for the cards.

"We know that the UK government is trying to negotiate a reciprocal health agreement with the European Union," he told The Sun.

"However, if a deal is not struck by the end of the year, then British citizens travelling in Europe will have no automatic healthcare coverage.

"That means that buying travel insurance will be more important than ever."

Resolver's Martyn James says the pandemic is more likely than Brexit to push up prices.

He said: "Insurers are under no obligation to spell out definitively what their charges are – and I bet they blame it on coronavirus."

Brits who have already booked a holiday for next year are advised to buy insurance now as it will also cover you for issues in the run-up that may cause you to cancel your trip.

Those who have bought an annual policy before 2021 or a single trip policy for next year, will still be covered if they need to make a medical claim after the UK has left the EU.

Most travel insurers will cover you if you need treatment for Covid-19 abroad.

Will Brexit affect policies for Brits with pre-existing medical conditions?

Brits with pre-existing medical conditions, such as diabetes or blood clotting disorders, already have to pay extra for travel insurance because they're more likely to need medical care when abroad.

Mr James Daley warns that those with existing conditions should expect to pay more for their insurance after Brexit if they're travelling to an EU country that isn't in an agreement with the UK.

He said: "If you’re travelling outside the EU at the moment, you have to pay much more to cover pre-existing conditions, and post-Brexit, there may be more countries that end up costing you more in terms of travel insurance."

Mr James worries that people with existing medical conditions are already struggling to get cheaper holiday insurance due to the knock on impact of contracting Covid-19 abroad.

"I have a number of concerns about older people who consider themselves physically fit, but because they are over 70 will find it tougher to get a policy – and it's tough already," he added.

What do I need to look out for when buying travel insurance?

As possible healthcare cover agreements are still being negotiated, it's impossible to say exactly what Brexit changes insurers may put into policies.

"But given the other variable risks in these countries it'll be hard to say definitively," said Mr James.

When buying travel insurance for a trip after December 31, 2020, you should also look out for any clauses that relate to Britain's departure from the EU.

While most insurers have committed to offering full coverage after Brexit, Mr Daley advises taking a "bit of extra time to read your policy" before signing on the dotted line.

The other thing to look out for is whether there are restrictions on receiving private medical care.

"Some insurers will cover it, some won’t, so checking your policy carefully is vitally important," said Salman Haqqi, personal finance expert at insurance comparison site money.co.uk.

"The reason is that some countries and areas in Europe, such as Greece don’t have ‘free healthcare options’, so a traveller would have to have private treatment.

"Policies will state if no private healthcare is covered."

Mr Haqqi added that it will be people who didn't buy travel insurance in 2020 who are most likely to be affected by any changes caused by Brexit.

Those that have bought policies should have healthcare cover included for trips after 2020, until the term ends.

But holidaymakers holding off purchasing cover until the new year will be urged to buy the same level of insurance, including medical care, that's recommended to trips to nations outside of the EU.