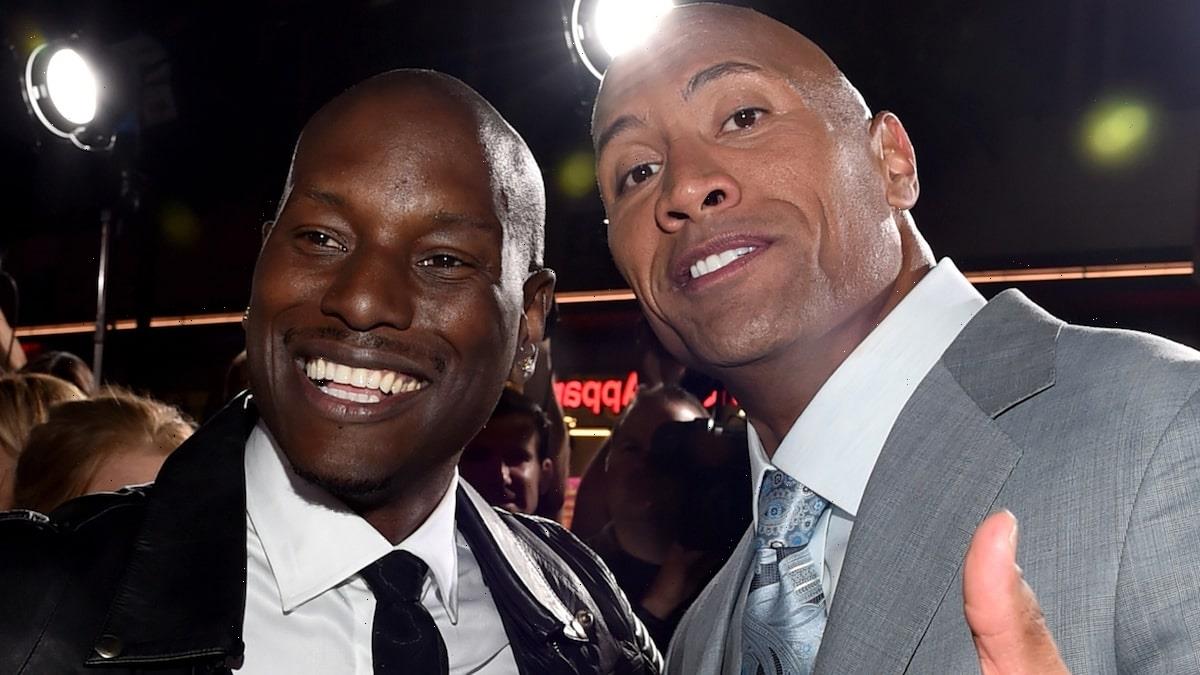 Wait until you hear his impression of The Rock’s voicemails to him.

Tyrese Gibson is no longer caught between The Rock and a hard place.

The actor confirmed that after patching things up with Dwayne Johnson near the end of 2020, the two are in a much better place now.

Appearing on “The Ellen DeGeneres Show” on Monday with guest host Tiffany Haddish, Gibson was asked how things were between the “Fast & Furious” costars now, years after a massive, very public feud.

“We’ve been on the phone every other day. Not yelling, that’s all done,” he explained. “We’ve reconnected in a real way. I think we’re both better men on the other side of all that stuff that went down.”

“To be honest with you, did not know when or how the phone call was going to happen, but it did happen,” he continued. “We’re about 20 phone calls in, and we’re in competition right now on who can leave the longest voice note.”

He then did an impression of one of Johnson’s messages.

Co-Stars Who Definitely Did NOT Get Along On Set

Gibson first revealed the two had finally buried the hatched back in December 2020, telling Josh Horowitz the pair had “peaced up” after a long, four hour phone call.

Their beef goes all the way back to 2017, when Tyrese said he would quit the “Fast & Furious” franchise if Johnson appeared in it. He also called the actor “selfish” for agreeing to a spinoff film with Jason Statham without considering Gibson’s financial situation, referring to his custody dispute with his ex-wife Norma Mitchell. “F9” was reportedly delayed to fast-track the spinoff.

In 2018, Johnson said the situation was “pretty disappointing” because the two had been friends “for a very long time.” He added, “I always feel like a beef requires two people to actually jump in it, and it was really one-sided, and he had voiced his opinion a lot on social media. Apparently, he was going through some stuff too in his personal life. We haven’t talked and I don’t see where we would, and to me, there’s no need to have a conversation.”

In 2019, Gibson declined to address the situation in an interview with Wendy Williams, telling the host he didn’t want to speak about Johnson. “If you want to know how I feel about that man, it’s all over the Internet,” he said at the time, “Have fun!”

Johnson wound up sitting out “F9,” but he could still return for the final two films in the series.