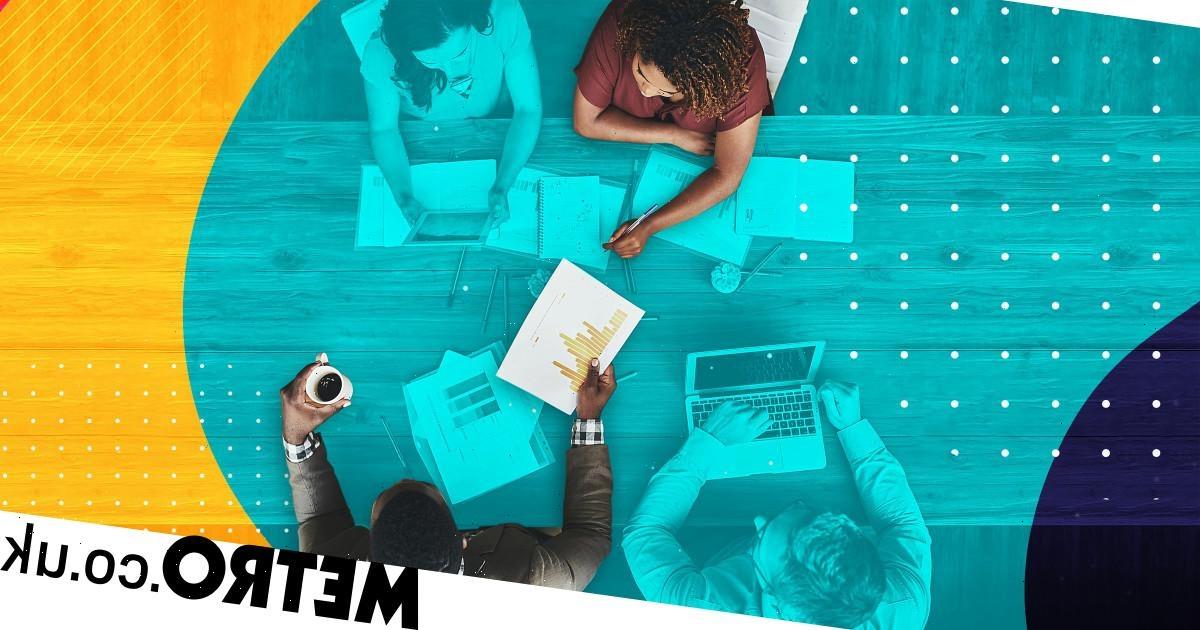 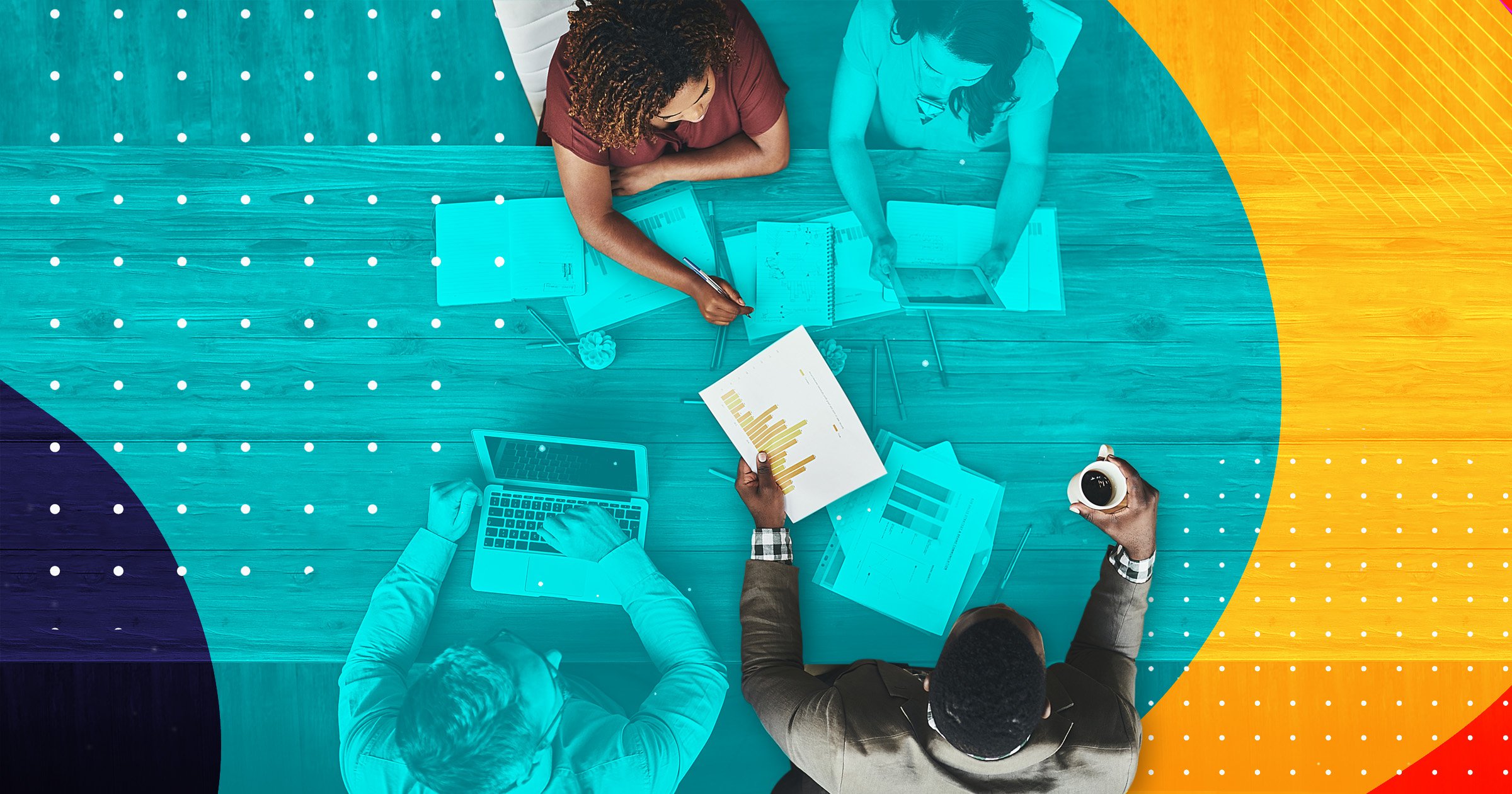 Experiencing or witnessing racism while at work is a horrible thing to have to navigate.

Those on the receiving end of racist remarks, actions or microaggressions, often struggle with whether or not they should speak out about it, and if they do – how to do it without jeopardising their own professional position.

The pressures of coping with racism in the workplace – and the internal struggle over how to respond – places a significant psychological burden on people of colour. And the problem is worryingly widespread.

A report from job site Indeed revealed last year that almost half of UK Black and mixed-race workers have experienced some kind of workplace discrimination.

Nearly half (47%) of Black and mixed-race (Black and white) workers say they feel the need to hide parts of themselves, their personality or their identity from colleagues, compared to just 29% of all workers who feel this pressure.

Another 2019 report by the University of Manchester found that the majority of ethnic minority workers have experienced racial harassment at work in the last five years, and have been subjected to unfair treatment by their employer because of their race.

Almost 15% – more than one in ten – of women and 8% of men stated that racial discrimination had caused them to leave their job. Those who don’t leave permanently might still avoid coming into the office – 28% of participants who reported experiencing racism at work said they needed a period of sick leave.

Shereen Daniels is an advocate for anti-racism in business and the managing director of HR rewired. She is working to improve professional environments for people of colour, empower them to speak out against racism, and encourage allies to take a more active role.

‘There is fear about how we can be perceived if we start speaking out about our lived experiences,’ Shereen tells Metro.co.uk. ‘Particularly if you’re anything like me – when you spent years in the world of work trying hard not to bring race into the conversation.

‘Speaking out, for some, can have repercussions. It comes at a price, both in terms of mental wellbeing and economic opportunity.’

She adds that not all racism is overt, it can be much more insidious than brazen violence and name-calling.

‘Often it can be a subtle comment, microaggressions that wears you down and are difficult to prove, particularly when you are one of a minority in the workplace,’ says Shereen.

‘Imagine explaining to HR about why Sally from finance touching your hair without permission is grating, and why it’s embarrassing when Tom from marketing keeps referring to you by the name of another Black person – and when you point out it, you’re told “sorry, you people just look alike”.’

For many people of colour in workplaces, they will have seen other people be punished or pushed out for speaking out against racism. They will have seen people not be believed. As minorities in that space, you are also battling an unequal power dynamic.

But Shereen says it is important to remember that staying silent can be just as damaging and dangerous as speaking out, so she thinks it is a no-brainer.

‘What other options are open to us?’ she asks. ‘Continue to turn to the other cheek when we are discriminated against?

‘Dawn Butler recently spoke her truth in Parliament and got thrown out, however she did not lose her job and from the news and social media, she has had lots of support, even from her employer.

‘So how can we empower ourselves and each other to speak truth to power?  To be a support network for one another so that no one has to feel alone or that it is a last resort?’

How to bring up racism at work

The decision to speak out is a personal one. Shereen says that nobody should force you to do it, or judge you if you chose not to say anything.

‘What we can do though, is give a few practical tips about how to speak up so you are ultimately better prepared,’ she adds.

‘First, there’s a difference between reacting to something and responding.

‘Too often, we react in the heat of the moment, it is understandable, and yet in doing so it makes it easier for the perpetrators to turn around and claim that they are actually the victims.’

When you are responding, Shereen suggests you try to be deliberate in conveying what you need to say. Rather than being emotional, you are using ’emotional intelligence’.

‘What is it that you want to say?’ Shereen asks. ‘If it is in response to something that’s happened, how did it make you feel? Can you draw on any other examples to illustrate the point? What would you like to see happen?

‘What information is already out there that you can utilise to help you make your point, or give additional credibility to your suggestions? Are there articles, reports, whitepapers, videos, podcasts that you can check out that can give you the tools or the language even to be able to speak out on certain issues?’

If you are worried about your personal safety, or fear of retaliation, Shereen suggests you bring someone with you.

‘That could be ensuring there is someone else copied into an email (or even BCC-ed),’ she says. ‘Or, if you are having a meeting with HR or your manager, bring a supportive colleague with you. Their presence can help you feel more comfortable and more in control.’

Whether you are personally impacted by racism and discrimination or you are an ally, Shereen says there has never been a more important time to say ‘enough is enough’.

‘George Floyd’s murder was over a year ago and despite the proclamations of “doing better”, of committing to being anti-racist, we have already seen a backlash. This backlash has resulted in some leaders retreating to comfort and safety because they are now worried yet again, about how taking genuine action is going to be perceived by the “majority”. Thus, maintaining the status quo.’

Shereen says there are many ways you can speak up – and it’s not always about responding to something that has happened. It is also about flagging inaction.

‘Here are some questions you can ask your organisation to dig beneath the surface of their diversity and inclusion commitments:

‘I say this because we cannot assume the public statements translate to genuine and unwavering support,’ says Shereen.

‘It’s time for us to be braver. Because if your organization doesn’t know how your lived experience is impacted by racism, they are missing information needed to change, but also by saying nothing, it provides them with a get-out-of-jail card that says everything is alright, therefore nothing needs to change.

‘Our lived experiences do matter. We matter. But sometimes we have to make our lives matter so rather than waiting for permission, we get in there first. The pushback is real and despite all the global protests and the sharing of our lived experiences, it will be for nothing.

How to be an anti-racist ally at work

Of course, the emotional and psychological burden of calling out racism can’t only fall on those who experience it.

For white people who want to be an effective anti-racist ally in the workplace, it is important to convert your words and intentions into actions.

‘There are so many anti-racism guides and resources on the internet, start there.

‘Read anti-racism books, and if reading isn’t your thing – go to podcasts, listen to them while doing chores. Commit to checking out documentaries about race.  Learn something new about Black history, beyond enslavement, in online courses.

‘Be intentional with the toys or books you buy for your children, are they representative of the world we live in? Do they have leading black characters or stories that aren’t just centred around struggle, for example?’

Nova says it is important to ask yourself a series of questions, and be unflinching when you answer them.

For example; what are you actively doing to unlearn the negative stereotypes you may hold about Black people and people of colour? Or, what are you going to do the next time casual racism pops up in a WhatsApp group or at a family gathering?

‘Let go of shame and instead, have the courage to interrogate your “isms”,’ she says. ‘If you’re human, you have them, and you can’t address what you deny is there.

‘Check out the implicit bias test by Harvard. Listen to people who experience racism. Believe them instead of defending your position. Their experience of racism is not an attack on your identity.’

Alba Kapoor from The Runnymede Trust reiterates that the responsibility to challenge and eradicate racism should not fall on the shoulders of Black, Asian, and ethnic minority people alone.

‘Take time to learn about the structures of racism in society, about the contributions that immigrant communities have made for centuries, and about how Britain’s history of empire has shaped society today,’ she suggests.

‘Use that knowledge to make conscious efforts to challenge racism and discrimination on a systemic level.

‘Confront prejudice; challenge racial discrimination and the ethnicity pay gap at work; support race equality organisations and those working with migrants and refugees.’