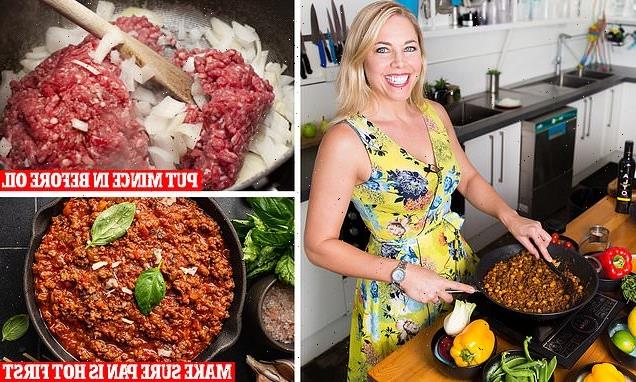 You’ve been cooking mince WRONG your whole life: Chef reveals the huge mistakes people make – and the secret to the perfect bolognese sauce

An Australian chef has revealed the ‘correct’ way to cook mince meat at home – and many have been doing it all wrong.

Chef Mel Alafaci, from Brisbane, shared her seven industry tips to cooking mince – including putting meat into the pan without any oil and never using a wooden spoon to stir.

The talented chef also shared her ‘life-changing’ bolognese recipe and a quick cheese sauce to make lasagna in one day. 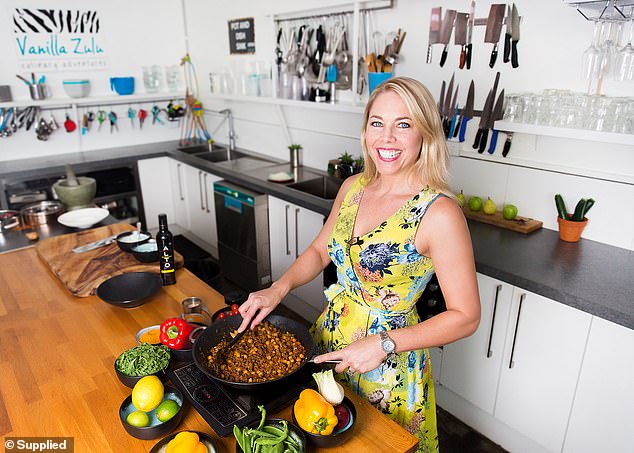 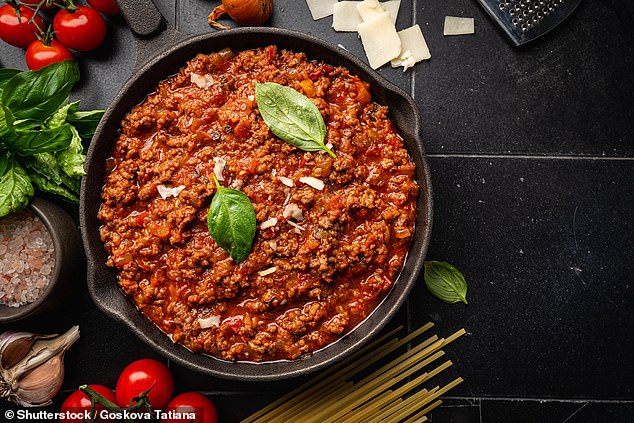 How to cook mince meat properly:

1. Put the mince in first without any oil

2. Make sure your pan is hot and that the mince sizzles when it hits the pan

3. Don’t stir the mince from the start. Get the first layer brown and fragrant before you move it round the pan

4. It will smell like roast beef if you are doing it right

5. A plastic whisk should be used to break down the lumps

6. By browning the meat, you won’t need to use various sauces to make it taste delicious

7. Get creative with mince and change the spices, thus changing the flavour

First, Mel said to ensure the pan is ‘just about smoking hot’ then add the mince meat.

Next, ensure the meat turns slightly brown before stirring to develop the flavour and to opt for a plastic whisk rather than a wooden spoon.

‘My favourite mince “fluffer” is one of those cheap plastic coated whisks you get at the supermarket that only have about four loops,’ Mel said.

‘If you don’t have one of those use a strong plastic spoon or egg flip to break down the mince.’

By browning the meat first on its own, less seasoning and sauces will be required.

Begin by preheating the pan until it’s hot then add in the mince and do not stir until the mince begins to brown.

‘I know you are worried about burning and lumps, but let the mince brown and seal on the first side you put down FIRST and let the pan heat up again,’ Mel said.

‘Then you can stir ever so slightly just to get some more mince onto the base of the pan.’ 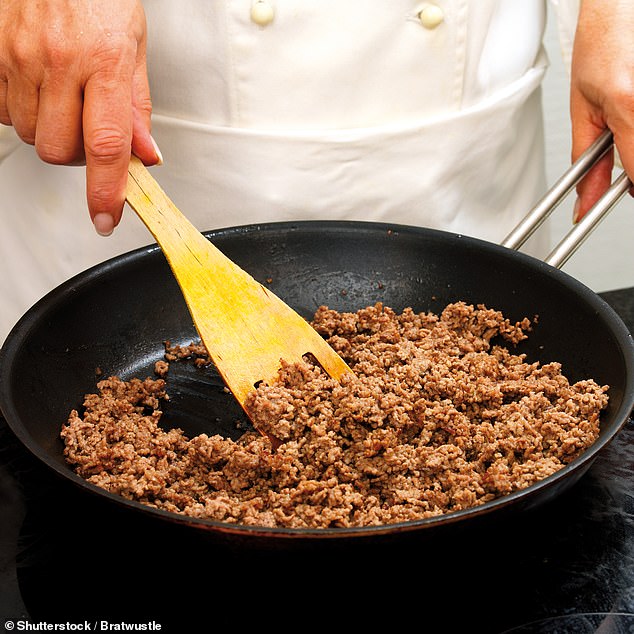 Once the mince is brown and fragrant, add the chopped onion and garlic. Add a splash of olive oil if needed

Add the herbs, nutmeg, stock powder, grated/diced carrot and seasoning and stir through

Next, use a whisk to gently stir and break down the mince, then add in the cropped onion and garlic.

‘There should be enough oil out of the mince that you have rendered off during your amazing sizzle-cooking of the mince at a nice high heat. If not add the olive oil,’ Mel said.

‘You can stir as much as you like now by the way, that mince is SEALED off!’

Turn down the heat and let that all cook through and then check the seasoning and it’s ready to serve.

1. Melt the butter in a large saucepan and then take off the heat.

2. Whisk in all of the flour until it form a smooth paste. This sexy little paste is called a ‘roux’.

3. Once smooth add the milk a little bit at a time WHISKING so you incorporate the milk in slowly, don’t go all in with the milk as this will be difficult to get rid of the lumps! Slow and steady wins the race here.

4. Once nice and smooth, return to the head all stir until this gorgeous silky sauce starts to boil and the flour has cooked through. You MUST stir pretty much the whole time, or else the bottom tends to burn. It only needs to boil once.

4. Once this has cooked through, remove from the heat and add the salt, pepper and the cheese. Always taste your food, it shows you care.

5. The sauce should stir be hot enough to melt that grated cheese.