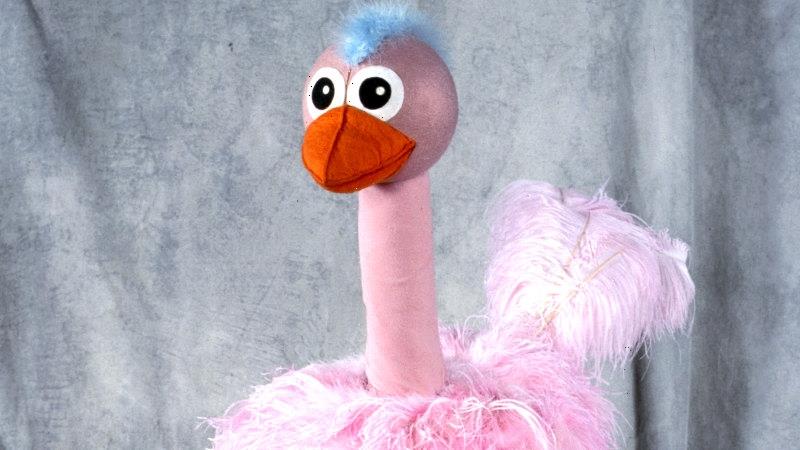 In the final accounting of his life, Oswald Q. Ostrich was not much more than an assembly of cheap fabric, foam and stitched thread, pink in colour with a tuft of blue hair, worn in the style of a Mohawk. Brought to life by Ernie Carroll, he became so much more.

Neither punk nor mere puppet, Ossie was a fixture on Australian television for almost three decades, co-host of one of its historic institutional television brands and, with his pinched beak and elongated neck, an astute observer of everything that transpired around him. 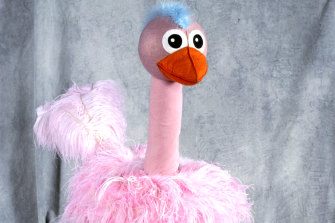 The man behind Ossie, Ernie Carroll, was not a household name. Indeed, more will be written about him now he has died, aged 92, than was ever written about him in his life. But it is a powerful reflection on his character that the man was so comfortable letting the character take the spotlight for so long.

Perhaps it says something about the peculiarity of Australian culture that a wise-cracking hand puppet who might elsewhere have been banished to the sidelines of children’s television, was not only permitted to become a primetime TV star, but revered by generations as one.

Initially, Ossie was just a voice on radio 3GL, but he made his first foray into television on The Tarax Show, a children’s program produced by the Nine’s Melbourne station GTV and sponsored by the soft drink company Tarax.

The show was hosted by the radio personality Harry “Happy” Hammond and featured a pantheon of micro-star characters: Bernard the Magician, Professor Nitwitty, a ventriloquist doll named Gerry Gee, Freddo the Frog (another sponsorship) and, of course, Ossie Ostrich. 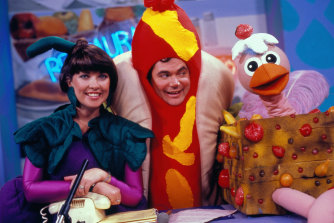 He was a startling sight to behold: designed and constructed by Axel Axelrad, he had a body of pink fleece covered with pink feathers, a neck section of cardboard tube wrapped in pink cotton and long pink legs. “My mum ate too much fairy floss,” he would later quip.

In 1971, Carroll moved on to produce a new Saturday morning kids show Hey! Hey! It’s Saturday, hosted by Daryl Somers, who had bounced from the finals of the talent show New Faces into a career as a TV presenter, and the footballer Peter McKenna.

When the show lost McKenna after just eight weeks, Oswald Q. Ostrich was retrieved from storage and, in a burst of feathers and dry one-liners, a television legend was born.

If Hey! Hey! It’s Saturday was organised chaos, a loose but likeable live TV production thrown together with ply board, nail tacks and cheesy stunts, Ossie was its sideline commentator, wryly deconstructing the nonsense around him and, figuratively if not literally, winking at the audience. 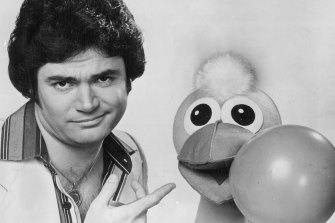 The way we were: Daryl and Ossie in 1978.Credit:Ten Network

The on-screen chemistry between Somers and Ossie was evident, and Hey! Hey! soared in popularity, so much so a decision was made to shift the show into a Saturday evening timeslot, where the format was transformed into the more familiar show that would endure for decades.

There were plush toys of Ossie, children’s books and comic books. A weekly comic strip appeared in TV Week magazine, and Ossie featured on the 1975 album Hey! Hey! It’s Daryl & Ossie, and a year later another, Keep Smiling with Daryl and Ossie.

The magnificence of Oswald Q. Ostrich is not that he got on TV – in its infancy, television was a chaotic frontier, where risk and mischief frequently bumped heads – but that he survived the maturation of the industry.

In other countries, the oddities and eccentricities of early television were frequently jettisoned as the business grew up, but in Australia, Ossie Ostrich flourished, as a fixture in the nation’s lounge rooms every Saturday night, beloved by parents and, eventually, their kids.

Indeed Ossie’s departure, in 1994, when Carroll retired from working on the show, would signal the beginning of the end. Though the show featured other costume and puppet characters, including Plucka Duck and Dickie Knee, the absence of Ossie was deeply felt. Five years later the show was cancelled.

Axelrad, the man who made Ossie, died in 2018, aged 99. And now, just four years later, the man who operated him, and gave him his voice, has followed, aged 92.

In a more complicated world, all of this might amount to a grain of sand on the cultural beach, now an explosion of streaming, multiple choice and on-demand. There are a thousand channels compared to the handful which existed when Ossie was born. And a million more TV shows and characters.

So why remember Ossie? Because there is something about him that is bigger than all of that, a hand-made echo of an era where silver halide-coated nitrate film gave way to two-inch quadruplex videotape, the medium which captured Oswald Q. Ostrich, the anthropomorphic flightless bird, in full flight.