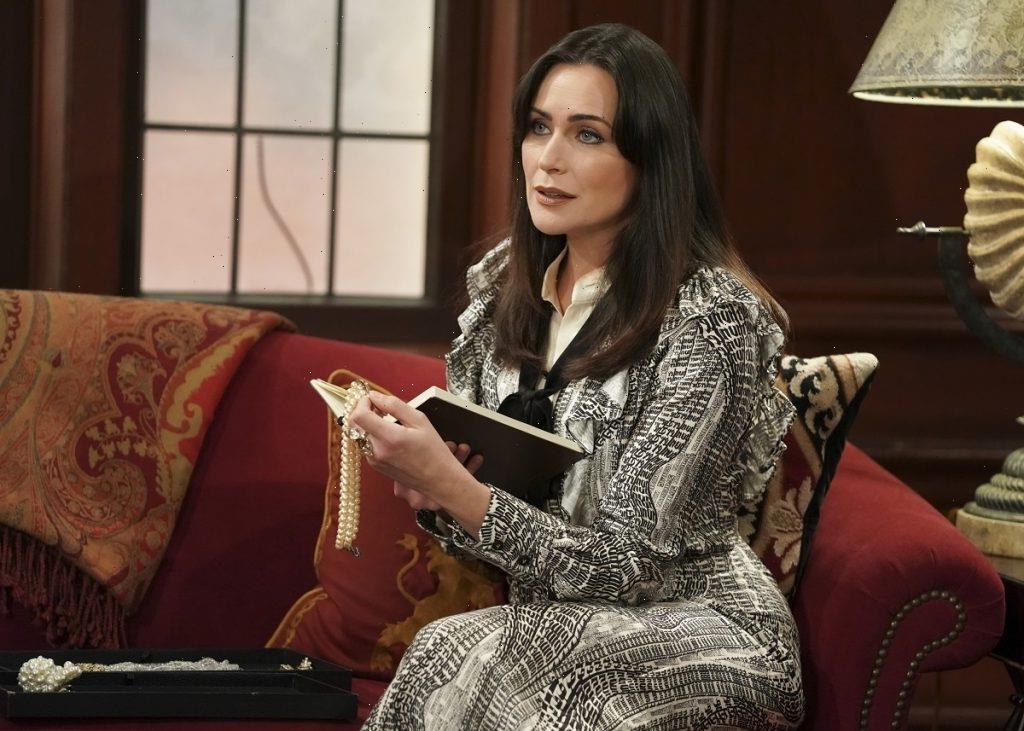 These days Rena Sofer is known to The Bold and the Beautiful fans as the manipulative Quinn Fuller, a role she’s been in for eight years. But before shaking things up on the CBS soap opera, she worked on several other daytime and primetime shows. With her extensive resume, Sofer has racked up a lot of recognition and money. Read on for more about Sofer’s career and her net worth.

Sofer first burst onto the daytime scene in 1993 when she was cast as Lois Cerullo on the ABC soap opera General Hospital. The character of Lois became a hit due to her relationship with Ned Ashton (Wally Kurth). Sofer would earn a Daytime Emmy for Outstanding Supporting Actress in 1995 for her performance.

After nearly four years on the show, Sofer departed in 1997. She went on to land roles on primetime shows such as Melrose Place, 24, NCIS, and Just Shoot Me! Sofer would also appear in several Lifetime movies and big-screen films such as the Ben Stiller comedy Keeping the Faith.

Rena Sofer’s ‘The Bold and the Beautiful’ role

In 2013, Sofer returned to her daytime roots with her new role on The Bold and the Beautiful. Sofer’s character Quinn is introduced as a jewelry designer and mother to Wyatt Spencer (Darin Brooks). Quinn’s earlier storylines consisted of Bill Spencer (Don Diamont) being revealed as Wyatt’s father and Quinn getting involved in Wyatt’s personal life.

Throughout the years, fans witnessed Quinn take on a dark side. When Wyatt began battling Liam Spencer (Scott Clifton) for the affections of Hope Logan (Annika Noelle) and Steffy Forrester (Jacqueline MacInnes Wood), Quinn became involved. One of her pivotal moments came when she kidnapped an amnesiac Liam and convinced him they were married.

Quinn’s marriage to Eric Forrester (John McCook) has become a front-burner storyline in recent years. Currently, the couple reconciled after a brief separation due to Quinn’s affair with Carter Walton (Lawrence Saint-Victor). Now, she finds herself in a tough dilemma as she contemplates which man she wants to be with.

Sofer has racked up the money between her work on ‘The Bold and the Beautiful‘ and her other roles. According to Celebrity Net Worth, Sofer’s net worth is estimated to be $3 million.

Although Sofer is an accomplished actor, her best role is being a mom. The actor has two daughters, one from her marriage to General Hosptial co-star Kurth and another with Sanford Bookstaver. In 2017, Sofer and Bookstaver divorced after 14 years of marriage. However, two years later, they reconciled with plans to remarry.