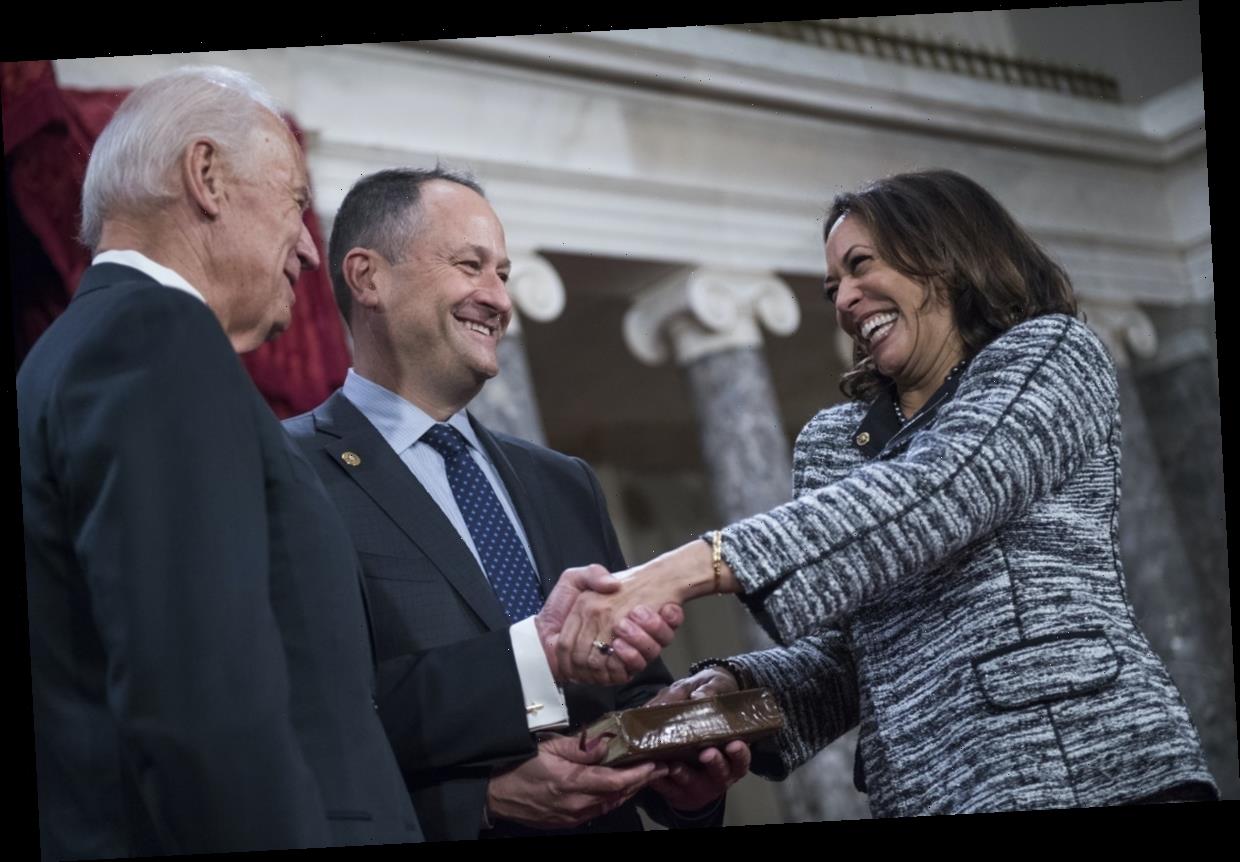 “There were periods, when I was taking heat, when Beau and I talked every day, sometimes multiple times a day.”

After months of speculation, Joe Biden has officially tapped Sen. Kamala Harris as his running mate. She’s been the longtime front-runner, due in part to her decades-long political career and track record of thriving under the spotlight. In the 2020 primary cycle, the two engaged in some made-for-meme verbal jarring, but their shared history started much earlier.

“Back when Kamala was Attorney General, she worked closely with Beau,” Biden posted on Twitter in his Aug. 11 announcement, referencing his late son. “I watched as they took on the big banks, lifted up working people, and protected women and kids from abuse. I was proud then, and I’m proud now to have her as my partner in this campaign.”

Here’s a look at the ups and downs of their eventual political partnership, from a debate-stage rivalry to this week’s historic announcement.

In the fallout of the 2008 financial crisis, Harris and Biden’s eldest son, Beau, worked closely together as attorney generals — Harris for California, and Beau for Delaware. In 2011, all 50 states’ attorney generals collaborated on an investigation into five banks connected to the housing crisis. A newly elected Harris disagreed with some of the negotiations, particularly the terms of the settlement, and pulled California out of the negotiations. The decision was widely scrutinized, even by President Obama’s administration, but Beau agreed with Harris’ apprehension. As time went on, the pair reportedly transitioned from political allies to close friends. In her 2019 memoir, The Truths We Hold: An American Journey, Harris writes, "During those days, Beau Biden, Delaware’s attorney general, became an incredible friend and colleague … There were periods, when I was taking heat, when Beau and I talked every day, sometimes multiple times a day. We had each other’s backs."

In May 2015, Beau passed away from brain cancer at the age of 46. According to The Washington Post, Harris was one of 60 people first told about his death. She attended his funeral in Wilmington, Delaware. “My family is keeping the Biden family in our thoughts as we learn of the heartbreaking death of my friend, former Delaware AG Beau Biden,” Harris tweeted the day of his death. Since his passing, she’s continued to commemorate his memory. “Four years after his passing, I still miss him,” she wrote in a 2019 tweet.

After her successful run for Senate in 2016, Vice President Biden conducted a swearing-in ceremony for Harris the following January. In the Capitol’s Old Senate Chamber, he welcomed Harris to Congress with laughter and an embrace. He and President Obama had both backed Harris in her run for the California seat.

Harris, now California’s junior senator, announced her presidential campaign on Jan. 21, Martin Luther King Jr. Day. According to NPR, she modeled her campaign branding after Shirley Chisholm’s, honoring the first Black woman to run for president in 1972. Harris was the first Black candidate to enter the 2020 race. Three months later, on April 25, Biden announced he was also running. (He’d previously denied he would run against President Trump.) “We are in the battle for the soul of this nation,” Biden said in his announcement video, citing the white supremacist Unite the Right rally in 2017, which killed 32-year-old Heather Heyer and injured 19 others.

Along the primary trail, their most talked-about headline came on June 27, when the pair clashed on race during a debate. During the exchange, Harris recalled her own experience with busing — an effort created to help desegregate public schools. She said that while she didn’t believe Biden was racist, she found his language about overcoming ideological differences and working with two segregationist senators “hurtful.” She added, “On this subject, it cannot be an intellectual debate among Democrats."

On Dec. 3, Harris announced she was pulling out of the presidential race due to lack of funds. “My campaign for president simply doesn’t have the financial resources we need to continue,” she said in her email to supporters, “but I want to be clear with you: I am still very much in this fight.” During a quick brush with media outside his campaign bus the next day, Biden told reporters that he would “of course” consider Harris as a running mate. “She’s solid. She could be president someday herself. She could be vice president,” Biden said.

On Super Tuesday, Biden all but secured the votes to be the Democratic nominee for president, earning Harris’ endorsement five days later. In a tweet on March 15, he said, “My running mate will be a woman.” Roughly a month later, the VP search began in earnest with the announcement of his vice presidential selection committee. Throughout the process, Harris was seen as the front-runner.

On July 28, while giving a speech in Wilmington, Delaware, Biden was photographed holding a piece of paper with visible handwritten notes. It listed Harris’ name, followed by bullet points that read things like "Talented," "Great help to campaign," and "Great respect for her."

On Aug. 11, Biden made the official announcement. “I have the great honor to announce that I’ve picked @KamalaHarris — a fearless fighter for the little guy, and one of the country’s finest public servants — as my running mate,” he wrote on Twitter.

In the email announcement from his campaign, Biden referenced Harris’ friendship with Beau. “There is no one’s opinion I valued more than Beau’s and I’m proud to have Kamala standing with me on this campaign,” he wrote.