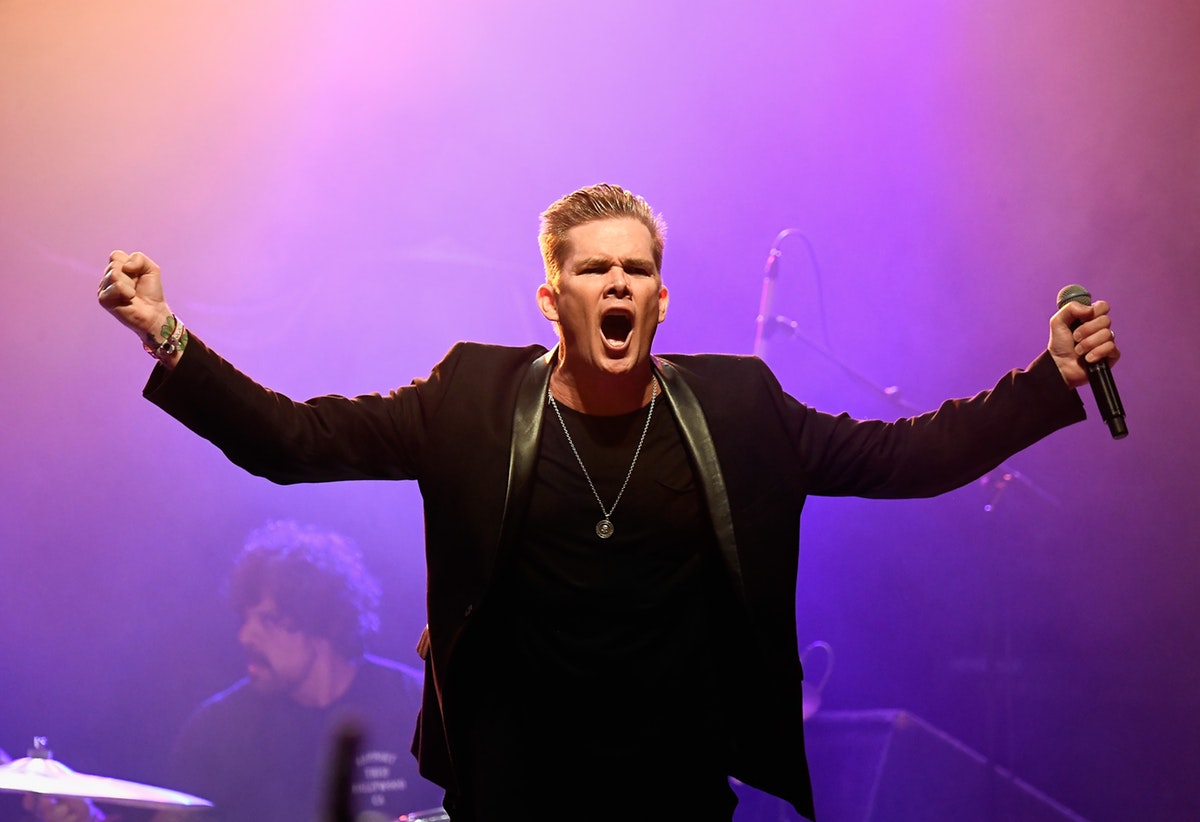 Sugar Ray is back! Did you ever think you’d hear that name again? If not, then you’re obviously not aware that everything from the ’90s is coming back. Sugar Ray is returning with a new album, Little Yachty, their first in over a decade. And in a bizarre twist, their comeback was due to a famous reality TV show: Celebrity Big Brother.

In a new interview, band member Mark McGrath told Rolling Stone the story of how the band got back together. To prepare for his stint on Celebrity Big Brother, producers asked him to stage a fake recording session at a studio so they could film his introduction. He invited Sugar Ray guitarist Rodney Sheppard for the ride, but as it turns out, Sheppard had an idea for a song that he wanted to bring to his former bandmate. “We started building on it and basically finished a song called ‘Highest Tree,’” McGrath told RS. “Ironically, the sizzle reel turned into a real session.”

For the next month, McGrath was stuck in the CBB house, just narrowly missing out on the grand prize with a third-place finish. When he was finally freed, he found out some shocking news: that little song he made with Sheppard, "Highest Tree," had gotten Sugar Ray a new record deal with major label BMG.

"He said to me, ‘Dude, that song we did just got us a record deal with BMG,’" McGrath recalled in his Rolling Stone interview. "’They love it.’ I was just staring to re-acclimate myself to the outside world and was like, ‘Did something happen while I was in there? Is this Jerry Seinfeld’s Bizarro World? Sugar Ray got a major label deal in 2018?’" Stranger things have happened.

"Highest Tree" is now the lead single to their comeback album Little Yachty, named not after the rapper, but because McGrath thinks that Sugar Ray was a yacht-rock band back in the ’90s, "at least spiritually and aesthetically," according to the outlet. The band worked with Sam Hollander, the producer behind Panic! at the Disco’s smash hit "High Hopes," to create many of the songs. "It was fun writing with a modern-day songwriter that has his ears to the pulse," McGrath said. "It’s a modern-sounding record, but its Sugar Ray all the way."

’90s kids will surely remember the band’s massive hits back in their heyday, like "Fly," "Someday," and "When It’s Over," but Sugar Ray devotees haven’t heard from the band since their 2009 album Music for Cougars, which barely made a dent on the charts. The band hit a breaking point after that, with former drummer Stan Frazier and bassist Murphy Karges leaving the band — and later fighting them in court.

They may be refreshed, but despite the hit-making track record of everyone involved, McGrath has reigned in expectations for the new album. Instead, he’s focused on just being grateful that they were able to create it. “We have minimal expectations and high hopes for the record,” he said. “The fact is we made a record for a major label and it’s going to go around the world and if you want to hear it, here it is. My goal is met. Seriously.” Aim for the stars, McGrath.