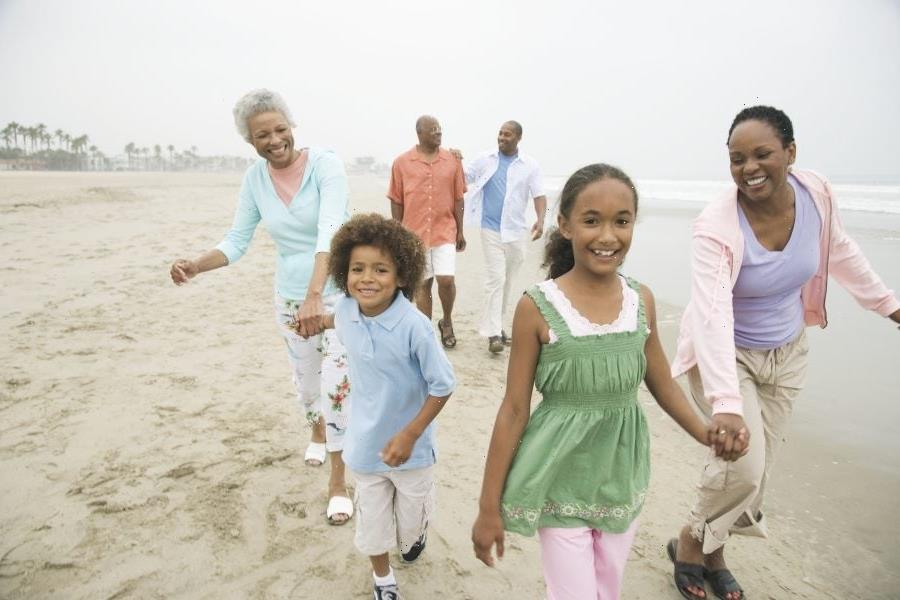 SPONSORED BY: CAMPAIGN FOR TOBACCO-FREE KIDS

Tahjma Hall has been surrounded by menthol cigarettes since birth. “I’ve been told that my mom would get a glass of milk and cigarette, then sit down and breast feed me,” Tahjma says. “Everyone smoked menthols—my parents, my godmother, my aunts—it was part of the culture.”

Growing up in Chicago, menthol marketing was at every touchpoint of her life. “When I would walk down the street, people would be passing out free 10-pack samples,” she says. “Then you’d look up and you’d see ads on billboards, you’d see ads on TV and in magazines—and when you went out, there were cigarette vending machines at restaurants, bowling alleys, everywhere.”

How Big Tobacco Targets Black Americans
For more than 60 years, tobacco companies have deliberately targeted the Black community and youth with marketing for menthol cigarettes through heavy magazine advertising, billboards in the community, retail promotions, and sponsorship of community and music events. Tahjma remembers everyone in her neighborhood having copies of ESSENCE, Jet, and Ebony, but what really stood out to her was the Kool Jazz Music Festival. She says, “People would travel to see the top artists of the day.”

Tahjma feels the images on all of these promotions had a profound effect on her. “Supermodels who were breaking the glass ceiling, like Beverly Johnson, the first Black model to be featured on the cover of Vogue, were also the spokesmodel for cigarette companies,” says Tahjma. “It absolutely influenced me. I wanted to be sophisticated, I wanted to look older and more mature.” And that’s why she started smoking at age 18.

The Fight to Overcome
Tobacco companies have successfully hooked generations of smokers. Today 85% of Black smokers smoke menthol cigarettes compared to less than 10% in the 1950s. Tobacco use is a lethal and addictive behavior. For the vast majority of smokers, smoking was not an adult choice but an addiction started in childhood—90% of adult smokers picked up smoking when they were teens or earlier. Tobacco companies target young people, knowing that nearly all users will become addicted before age 21. Most adult smokers want to quit (nearly 70%) but overcoming an addiction to nicotine is difficult.

Black smokers, like Tahjma’s family, are more likely to try to quit than other groups, but because of their disproportionate use of menthol, they are less likely to be successful. Tahjma herself still remembers how hard it was to quit menthol cigarettes. “Everyone around me had tried, but they always went back,” she says. “My withdrawal was severe—I was moody and cranky—but then the color started to come back into my skin, and I knew I had to keep going, I couldn’t go back.” She hasn’t picked up a menthol cigarette in more than 20 years.

A recent study on the harm caused by menthol cigarettes to Black Americans (compared with the general population) found that among the Black population, menthol cigarettes were responsible for 1.5 million additional smokers, 157,000 smoking-related premature deaths and 1.5 million excess life-years lost from 1980 to 2018. While Black Americans constitute 12% of the U.S. population, they represented 15% of the extra smokers, 41% of the extra deaths, and 50% of the years of life lost due to menthol.

“If the same data and alarming results were demonstrated in the larger population, menthol cigarettes would be labeled a ‘public crisis’ and steps would be taken to reverse these trends,” says Martha Dawson, president and CEO of the National Black Nurses Association. “For Black families, cigarette smoking leads to premature deaths that translate into generations of lost parents and grandparents, our built-in support systems.”

She goes on to say, “Due to the cost of cigarettes, tobacco industries are pulling wealth out of Black families, contributing billions to health care cost, and reducing family income due to lost work productivity. Smoking is a preventable chronic disease and the best solution is to not start; plus stop marketing and targeting the Black population.”

Menthol, Stress, and Mental Health
Tahjma’s mother is in her 80’s and she is still smoking, especially when she is feeling anxious or stressed—and she’s not alone. Contrary to popular belief, smoking does not relieve stress. Studies have shown that on average, smokers have higher levels of stress than non-smokers. The feelings of relaxation smokers experience while smoking are the normal, unstressed state that non-smokers experience all the time.

Smoking may give the illusion of decreasing stress, but it actually activates negative physical reactions that can increase stress and leave you feeling worse. Dr. Dawson says, “According to the Centers for Disease Control and Prevention, smoking can worsen mental health symptoms and complicate treatment, and there is evidence that smoking cessation could improve one’s mental health.”

She adds, “There are great health disparities and inequities relative to how tobacco is advertised and promoted in Black communities. These practices make it harder or near impossible to achieve health equality and equities in Black communities, especially as it relates to highly addictive menthol cigarettes.

Take Action to Protect Black Health
Eliminating menthol cigarettes will protect future generations of Black families from tobacco addiction, advance health equity, and save lives. Last week, the FDA announced a proposed rule to ban menthol cigarettes. This historic decision will put an end to decades of predatory marketing by Big Tobacco to Black Americans and their families, but there is still more to be done. The next step is for the FDA to finalize and implement the regulations needed to turn this decision into life-saving action.

We can’t afford more delays to protect Black families and save lives. Support the FDA’s move to ban menthol cigarettes. Check out Campaign for Tobacco-Free Kids now to lend your support.