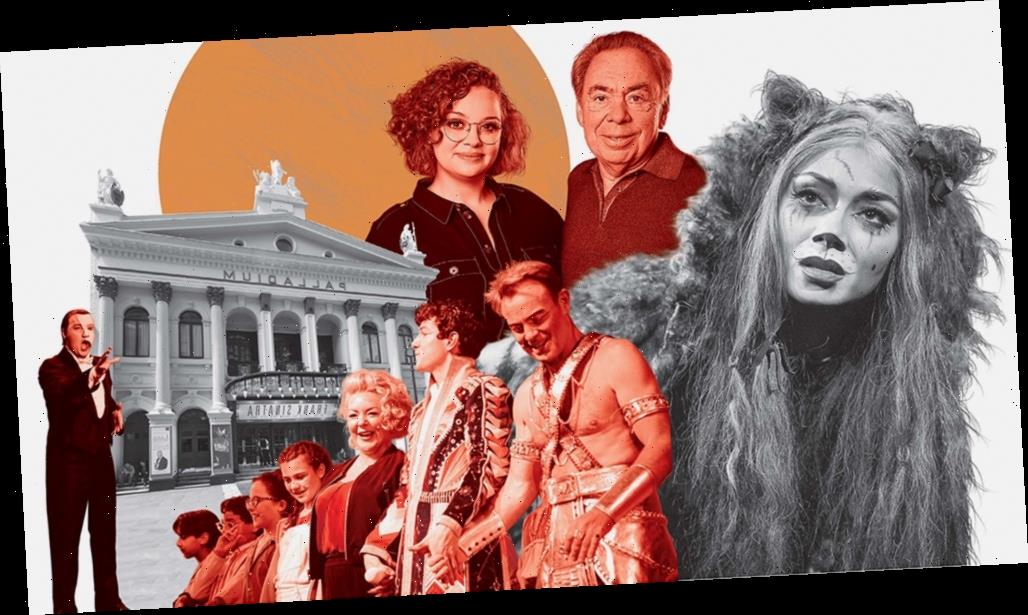 There’s one place Andrew Lloyd Webber gravitates to after a bad day in the business — the largest of his London theaters, the Palladium. Late at night, when the West End impresario stands onstage and looks out at the 2,300-seat venue, “I just say, ‘That’s why. That’s why I want to be in theater,’” Lloyd Webber tells Variety. “Because that building just wants to love you.”

Like other West End houses, the Palladium, which hosted Madonna’s Madame X Tour in January, has been dark for the better part of four months after shuttering in mid-March. But its stage, once bare, is now chock-full of around $300,000 worth of heavy-duty virus-monitoring equipment from Korea — the key instruments in an elaborate plan to get the theater sector up and running without the need for social distancing.

Lloyd Webber — the British maestro behind “Cats,” “Joseph and the Amazing Technicolor Dreamcoat” and “The Phantom of the Opera,” among other hit musicals — hatched the idea in mid-February, when a group of leading scientists at a private dinner filled him in on the severity of coronavirus, which had only begun to affect Europe in small pockets.

“I asked, ‘What’s the view?’ and the view was grave,” says the 72-year-old composer. “We immediately started to follow what was going on in Korea as a matter of great priority.”

In Seoul, “Phantom” has continued throughout the pandemic, with a number of hygienic safeguards in place, and largely uninterrupted save for a brief closure due to two coronavirus cases that weren’t believed to have originated from the show.

The stringent measures convinced Lloyd Webber and his team at Really Useful Group that they could be replicated efficiently in the U.K., which didn’t see a relief package for the arts until early July, when the government finally revealed a $1.96 billion lifeline. Still, there are no dates for reopening live indoor shows with audiences, and social distancing rules of at least one meter (a bit more than three feet) mean theaters can operate at only 30%-40% capacity.

“We’ve got to show the lead ourselves,” declares Lloyd Webber. “If it proves to be a pie-in-the-sky scheme, then one has to say, ‘Well, look, we tried,’ but I feel it’s absolutely vital that, as a theater person, I try and see if there’s a way and share that with everybody.”

The measures in place at the Palladium, which is conducting trials using the Korean equipment, include thermal imaging cameras that survey the audience, self-cleaning door handles, contactless thermometers and disinfecting fogging machines.

“We can absolutely say that the quality of air in the Palladium will be purer than the air outside it,” says Lloyd Webber, beaming. Crucially, the measures are designed to allow audiences to fill every seat, so the theater can operate at full capacity. “As we know, theater can’t work with social distancing — it just simply can’t,” he scoffs.

Outfitting the Palladium with the necessary equipment has cost Really Useful around $300,000 — a sum that is likely laughable to smaller outfits eating into reserves to ride out the pandemic; however, Lloyd Webber assures his solution is scalable.

“There are people who manufacture the same sorts of [equipment] used in Korea over here for much less money, so, if this is greenlit, it would be relatively easy to equip theaters with this stuff for much less than it has cost us to bring it in from Korea,” says Lloyd Webber, adding that most theaters also wouldn’t need quite as much equipment as the Palladium.

The experiment received high marks from Culture Secretary Oliver Dowden, who, after a July 2 visit, complimented Really Useful’s “very comprehensive safety measures in place,” promising to work with the organization and others to “get theaters open as soon as safe.”

Lloyd Webber now awaits more formal government backing of the Palladium model. He may not have to wait long. In a July 9 update, the government said it was looking at the Palladium as a pilot for how indoor performances with audiences could work.

Lloyd Webber, who admits he is “surprised” the government did not shutter theaters sooner than March 16, says Really Useful has made its share of redundancies to weather the storm, despite managing to keep the refurbishment of the Theatre Royal Drury Lane ticking over throughout lockdown, as well as renovations to the Gillian Lynne Theatre, which will house “Cinderella,” now set for an April debut.

“Our mantra has been to try and keep everything together as much as we possibly can,” says Lloyd Webber. “Sadly, we have had to lose some people because the business would go under. I mean, it really, really, really would go under. It does become very difficult to come to the end of the year, and I don’t know how much longer we would have — any of us, really — to be able to survive beyond that.”

Most things considered, however, the composer remains remarkably optimistic. “Cinderella” is “ready to go” with costumes, sets and lead, Carrie Hope Fletcher, in place. “I already got quite a lot of the music recorded so it would be possible to start issuing some of the music in September,” adds Lloyd Webber. “If someone said, ‘Let’s go into rehearsal tomorrow morning,’ it’s only the auditions process that would hold us up.”

Though he’s spent the vast majority of lockdown in his countryside home, Lloyd Webber has also nurtured an impressive social media presence via his ‘Composer in Isolation’ series. Taking requests for hit songs from his musicals, which he performs on his piano, he’s also conducted musical playoffs with the likes of Lin-Manuel Miranda, Gary Barlow and A. R. Rahman.

“It’s a completely new thing to me. My daughter has been locked down with me and she said, ‘Right, Dad, you don’t understand anything about this. We [must] start the campaign!’” exclaims Lloyd Webber, who was last directly in front of fans during his 2000s-era casting shows, such as the BBC’s “I’d Do Anything,” which launched “Wild Rose” actor-singer Jessie Buckley, among others.

An enthusiastic response to his moving performances of songs such as “Think of Me” from “The Phantom of the Opera” — played with arthritic fingers, he jokes — has also served as an auspicious reminder of his legacy with fans of all ages. “The thing that none of us were aware of is just how huge and young the ‘Phantom’ fan base actually is,” explains Lloyd Webber. “You think, ‘Oh it’s only tourists going these days,’ but not [at all] — there are lots of newer fans than one realized.”

“The main thing, of course, is to get it up and running again as soon as possible — on both sides of the Atlantic.”