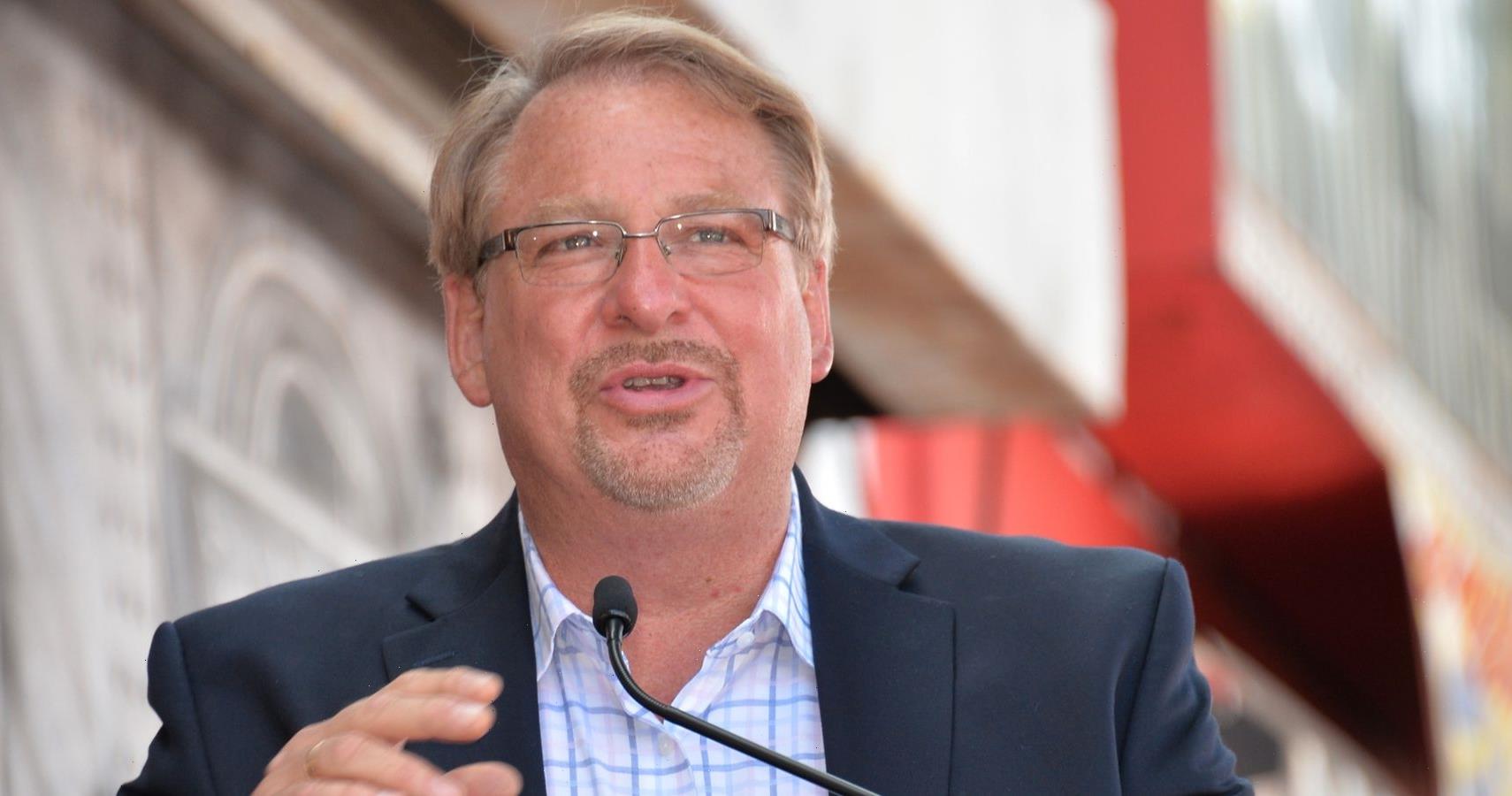 We often gloat over the copious lifestyles of many celebrities in Hollywood and the music industry and think that such a position is only reserved for platinum music artists or actors on the big screen. But that couldn’t be further from the truth. Would you believe it if you were told that there are church pastors who have a greater net worth than 50 Cent and Cardi B put together? There are male and female gospel preachers with a net worth in excess of $100 million, and that’s how much Nicki Minaj is worth as of 2021. This opulence causes many to question whether these pastors are feeding the sheep or fleecing the flock. Here are ten of the world’s richest celebrity pastors.

Perhaps one of the most talked-about preachers because of his lavish spending habits is the Evangelical preacher Kenneth Copeland. This man’s success as a televangelist is unmatched, owning a 1500-acre campus ground for his Kenneth Copeland Ministries. Despite his $760 million net worth, he was heavily criticized for owning three luxurious private jets, which, in his defense, he says is necessary to ‘talk to God’ because he didn’t want to ‘get in a tube with a bunch of demons’. One of the aircraft is a Gulfstream V jet the Texas-based pastor purchased from actor and comedian, Tyler Perry, for $20 million. With this momentum, there is a strong chance that many failed actors can find a thriving career in church ministry.

T.D. Jakes has made guest appearances in movies with the world’s richest celebrities, is an established author, movie producer, and the Bishop of the Potter’s House International megachurch, which boasts a capacity of 30,000 members. Sources estimate the building of the church to be at $45 million. The wealthy pastor also owns 14,000 square feet of land in Forth Worth, Texas, as well as a $5.5 million mansion seated on 17.8 acres of land. The massive property also comes equipped with a 7-car garage, which he occupies with a Rolls Rolls Royce Phantom, a 1957 Ford Thunderbird convertible, and a 1960 Trans-Am, to name a few. Jakes even made it on the cover of Time Magazine as the best preacher in America, solidifying his celebrity status.

At 90 years old, Pat Robertson has accomplished enough success for two lifetimes, all while wearing many hats in the process. Before becoming a Southern Baptist minister, Robertson entered politics as a Republican presidential candidate, following in the tradition of his family. He’s really a living legend, as he founded the first Christian television station in 1960, titled “The 700 Club.” Then in 1978, he founded the Christian Broadcasting Network (CBN). Both Christian broadcasting channels remain an integral part of Christian televangelism to this day. As a former US Presidental candidate, Robertson also created the Christian Coalition in 1987, which later became the Christian Coalition of America, which exists to give financial and public support to Christian political candidates. As of 2021, his net worth is $100 million.

Scandals always seem to follow mega pastors, no matter which part of the world they come from. Benny Hinn was originally born in Tel Aviv-Yafo, Israel, and has been recognized internationally for his miraculous healing powers, which always happens to be televised. These displays of God’s healing power are known as Miracle Crusades. However, the revelation of Hinn’s financial charge for these ‘healings and deliverances’ landed him under scrutiny as one of the ‘Prosperity Preachers’ selling the gospel for profit. In April 2021, Hinn’s church was taken to court by Mail America for $3.1 million in unpaid bills, which Hinn tried to dismiss many times. His estimated net worth is $42 million, while his ministry rakes in an estimated $100 million per year.

Touted as another financial giant in the world of prosperity preaching, Jesse Duplantis comfortably makes a list alongside the world’s wealthiest men of faith. With a net worth of $50 million, he can afford to feed his entire congregation comfortably. Duplantis is a preacher from the Christian Evangelical Charismatic tradition based in New Orleans. He also founded the Jesse Duplantis Ministries, which he founded in 1978 and made an impressive $6.22 million in sales. The New Orleans preacher owns a $3 million home on a 35,000 square foot plantation home. To compliment that, he also owns a $54 million private jet that he bought using the money from his congregation. He can now be added to the list of celebrities who also own jets in Hollywood!

Although he has never written or been cast in a movie, Joel Osteen is arguably the most celebrity-affiliated preacher there is to date. He has, however, been the executive producer for religious films, such as Mary, Mother of Christ (2012), and documentary series entitled Jesus: His Life for the History Channel. The Texas preacher is the owner, senior pastor, and main televangelist of Lakewood Church, along with his wife, Victoria Osteen. With 10 million viewers in the US and broadcasting to millions more in over 100 countries abroad, his televangelical prowess and success as an author have risen his net worth to $40 million. Osteen has been closely connected with celebrities such as Kanye West, Mariah Carey, Tyler Perry, and Oprah Winfrey.

His name alone is enough to let you know that this man means business. Big business! Hailing from College Park, Georgia, Creflo Dollar is an established pastor, televangelist, and founder of the Christian World Changers Church International. Creflo has amassed his $27 million status through multiple means, such as the publication of CHANGE Magazine and The Max, both quarterly and bimonthly publications, respectively. In addition, and similar to most other high-status preachers, he is a prolific author of books such as Claim Your Success Today, 8 Steps To Make The Life You Want, You’re Supposed To Be Wealthy, and a library of other books mentoring his followers to become rich like himself.

Regarded as one of the few female pastors to reach the levels of success she has, Joyce Meyer has made a definitive name for herself in the American Charismatic Christian community, especially among women. As of 2021, her net worth has been marked at $8-$10 million, with most of her wealth coming from her self-authored books, her Life In The Term ministry, and her television show called Enjoying Everyday Life which began airing on WGN TV and BET in 1995. She later founded Joyce Meyer Ministries, which spreads her teachings on Christ through daily TV shows, devotionals, podcasts, and conferences worldwide. She is especially recognized for attending these international conferences in her $10 million private Gulfstream IV private jet, something she has in common with other celebrity pastors.

Although Rick Warren’s net worth is priced at $25 million, ranking him at #31 on the list of wealthiest pastors, according to a 2019 Standard News report. He garnered global fame and celebrity status after writing the book The Purpose Driven Life, which became the second most translated book in the world after the Bible. He founded the Saddleback Baptist Evangelical megachurch in 1980, becoming the largest church in California and the eighth-largest church in the United States. However, Warren is said to be unlike other mega pastors and does not own a private jet or a yacht. In fact, he is said to live a fairly average life, living on just 10 percent of his ministry’s earnings, giving 10 percent to care for the poor and sick, and giving 10 percent to savings.

John Charles Hagee is the founder of The Cornerstone Pentecostal Mega-Church, which he founded in 1983 in Nashville, Tennessee. With a net worth of $5 million, his purse is one of the most modest as a mega preacher. The Cornerstone Church seats over 20,000 members, making it one of the most successful wide-reaching Christian organizations in the world. Apart from being the senior pastor of his church, he is also the CEO of Global Evangelism Television (GETV), a non-profit organization, as well as the President and CEO of John Hagee Ministries, which is telecasted on ten different television networks in the United States. Hagee also owns a $5.5 million ranch in Bracketville, Texas, and a three-engine jet Dassault Aviation Mystere-Falcon 50 priced at $20 million.